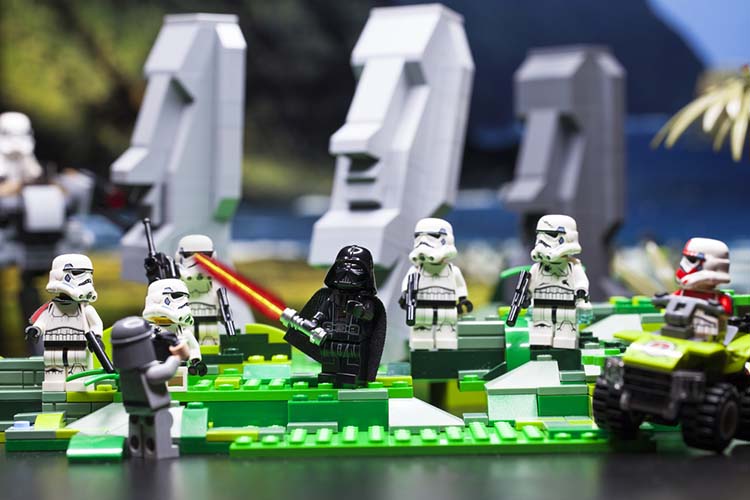 The Hero’s Journey is an old literary device that appears in a wide variety of stories throughout human history. As such, it has also featured in many popular films since the dawn of cinema.

Although there are some deviations, the hero’s journey usually consists of a cyclical story with some main narrative beats. An ordinary person receives a call to adventure that requires them to leave their known, comfortable life for the unknown. They may refuse this call, but they soon reach a threshold where they need to answer it, which begins their transformation over the course of the story. They then set out on their journey, typically with the aid of a helper and/or mentor. They face challenges and temptations before experiencing a revelation that results in growth and change. The hero then atones and confronts the final conflict. At last, they are rewarded for their efforts and return to a known existence.

The following are ten films in a variety of genres that serve as great examples of the hero’s journey. Given the nature of this subject as an entire narrative story arc, do note that spoilers may be discussed for all films below.

This classic high fantasy epic is one of the most recognized depictions of the hero’s journey in fiction. The story centers around a hobbit named Frodo, who comes into possession of the Ring of Power, an object of evil that will doom the world if it falls into the wrong hands. With the aid of his mentor figure, the wizard Gandalf, Frodo must leave his idyllic homeland of the Shire and travel across the realm of Middle Earth to see the Ring destroyed. A powerful story about the horrors of war and how the bonds of fellowship carry people through the darkest times, The Lord of the Rings knows who the true heroes are and how they are ultimately changed by their experiences.

Almost everyone has heard of Star Wars, and it also happens to be a strong depiction of the hero’s journey. Farmboy Luke Skywalker lives an uneventful life on the remote desert planet of Tatooine. That changes when he comes into possession of a pair of droids holding secret information vital to the resistance against the Empire. He then must set out to ensure the stolen plans for the Empire’s new superweapon, the Death Star, are delivered to the resistance so they stand a chance of destroying it. With the help of his mentor, Obi-Wan Kenobi, he learns the ways of the Jedi, an ancient order of mystical knights. Throughout the story, Luke transforms into a Jedi Knight and true hero. The original film, released in 1977, was an instant sensation that changed the art of filmmaking forever.

Many superhero films also follow the hero’s journey, but 2018’s groundbreaking Black Panther, part of the Marvel Cinematic Universe, is one of the best examples. Upon the death of his father, T’Challa becomes king of the hidden African nation of Wakanda. Throughout the story, he goes through death and rebirth and is challenged by the antagonist’s viewpoint. The end sees a return and atonement as he leads his nation and his people forward. Hailed as a breakthrough for Black storytelling and representation, Black Panther is a shining example of a film done right on all counts.

This irreverent, hilarious comedy film actually follows the story of the hero’s journey quite closely. A spoof of the earlier airline disaster movie Zero Hour! (1957), Airplane! follows former fighter pilot Ted Striker as he boards a plane in a desperate attempt to keep his ex-girlfriend, Elaine, who is working as a flight attendant, from leaving him. Struggling with the guilt of a command decision he made that saw his entire squadron destroyed, Ted is forced to grapple with his fears and take control of the plane when the flight crew becomes incapacitated due to bad fish. Well-known for throwing silly jokes at the audience non-stop, Airplane! has earned its reputation as one of the funniest films ever made.

The Matrix follows the hero’s journey almost step by step. In it, regular office worker Thomas Anderson moonlights as a hacker known as Neo. When he is contacted by the mysterious and seemingly superhuman Trinity and Morpheus, Neo learns that the world in which humans live is a massive simulation run by machines and that he may be “the chosen One” who will save humanity from its prison. The film adheres to the death and rebirth aspect of the hero’s journey, as only through doing so can Neo become what he is destined to be. With a strong story, deep philosophy and jaw-dropping special effects, The Matrix remains a touchstone of cinematic brilliance that has kept audiences talking for years.

Disney’s The Lion King tells the story of Simba, a young lion from the Pride Lands, as he learns to follow in his father’s footsteps to become king. Wrenched from his childhood life when his treacherous uncle Scar murders his father, Simba flees from the Pride Lands to the jungle where he would rather start a new life. But as the rightful king, he learns that he cannot hide from his destiny forever and that he must return to the Pride Lands and confront Scar once and for all. A classic animated film with beautiful animation, an unforgettable story and a stellar soundtrack, The Lion King will long be remembered as one of the best animated films ever made.

James Cameron’s Avatar turned heads when it was released in 2009 for the film’s astonishing special effects which revolutionized motion capture technology. The hero of the story is Jake Sully, a former Marine who has been rendered paraplegic. He is sent to the alien world of Pandora as part of a program to put human beings in control of artificial bodies of the indigenous Na’vi that can survive in the planet’s environment. Jake begins seeing Pandora in a different light through his interactions with the Na’vi woman Neytiri and, realizing that plundering the planet for its natural resources is wrong, Jake seeks his atonement by fighting with the Na’vi to protect their home.

Aside from science fiction and fantasy films, war movies are another genre where the hero’s journey story is common. Hacksaw Ridge, directed by Mel Gibson, is based on the true story of World War II medic Desmond Doss, the only recipient of the Medal of Honor who joins the war efforts as a conscientious objector. Doss signs up to become a combat medic after the Japanese attack on Pearl Harbor but steadfastly refuses to take life, which earns him scorn and even arrest. After sticking to his pledge and saving dozens of people during the Battle of Okinawa, he returns home to have his heroism finally recognized.

Winner of the second-ever Academy Award for Best Animated Feature, Spirited Away is the crowning achievement of Japanese director Hayao Miyazaki, who has had a long and storied career producing lauded, beloved films. The hero of the story is 10-year-old Chihiro, who, along with her parents, wanders into the spirit world. When her parents are turned into pigs as punishment after eating food that doesn’t belong to them, she is left alone and afraid. With the aid of her helper, the mysterious young man Haku, she begins working at a bathhouse under the eye of the sinister Yubaba. Having to stay in this strange new world, Chihiro must adapt and grow if there is to be any hope of saving her parents and returning to the human world.

Living in one of the poorest districts of the dystopian nation Panem, Katniss Everdeen receives her call to adventure when her younger sister is selected to participate in the titular Hunger Games. A brutal competition where children fight to the death for the entertainment of Panem’s elite, Katniss does the only thing she can – volunteers to take her sister’s place. Suddenly thrust in front of the cameras, she quickly becomes a real symbol for a growing resistance movement against the Capitol. Challenged by the part she must play and the horrors she witnesses, she is forever changed by her experiences.