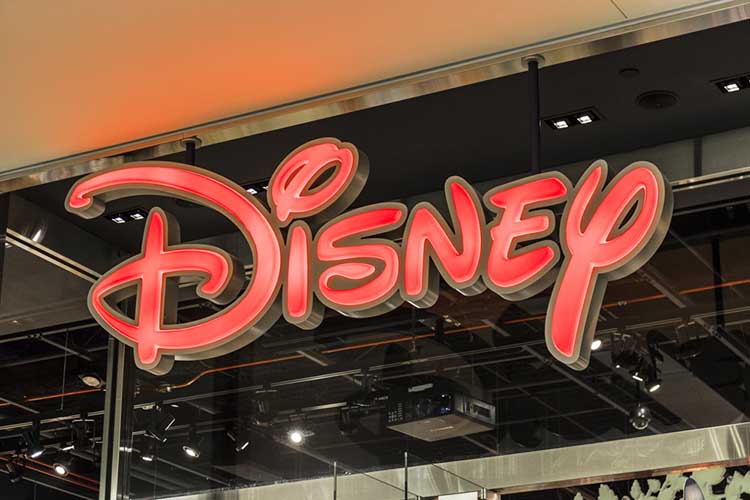 Disney movies are synonymous with uplifting messages about courage, kindness, friendship, family, and all of that warm fuzzy values. It is pretty much a guarantee that when you watch a Disney film, you’ll feel more optimistic by the end of it. That notion is pretty much our standard for any movie that Disney releases.

Disney Movies Without a Happy Ending

Starting things off with a Disney movie that has a more bittersweet ending than straight-up sad, The Fox and The Hound is one of the underrated classics in House of Mouse’s library. This animated movie about the unlikely friendship between a red fox named Tod (Mickey Rooney) and a hound named Copper (Kurt Russell) constantly tugs at the heartstrings. The film is set somewhere in rural America during the early 1950s.

Scenes like when Tod was left alone in the forest and lines like “Goodbye may seem forever.” can quickly have eyes welling up. The movie ends somewhat hopeful tone, but it doesn’t give our four-legged heroes time to celebrate. The film is also an excellent statement against war and how soldiers are taught to hate a particular group just because they were ordered to.

The Fox and The Hound is a fantastic but often overlooked Disney gem with a great lesson to teach, but make sure those tissues are within arm’s reach.

Another Disney classic that threads between the bittersweet ending line, Pocahontas, is a beautifully drawn animated film based on the actual real-life Native American Powhatan woman of the same name. The movie centers around the love between Pocahontas (Irene Bedard) and Captain John Smith (Mel Gibson), who is leading a group of English settlers to a new land.

By the end, Captain John Smith returns to England while Pocahontas decides to stay with her people, their paths once again diverging in different directions. Of course, the real story of Pocahontas is more tragic than the animated film, but that is a whole other topic.

Considered the best entry in the Toy Story film series, the third entry certainly hits all the notes perfectly with its themes and messages. Starring the voices of Tom Hanks (Woody) and Tim Allen (Buzz Lightyear), the two once again lead their merry band group of toys through an exciting adventure back to their owner Andy.

The film touches upon some pretty adult themes, such as fears of abandonment as Andy is off to college and will inevitably leave his beloved toys behind. The furnace scene also has the toys holding hands as they accept their fate, which can undoubtedly fly past younger viewers but is one of the most emotionally powerful scenes in a children’s film.

The ending has Andy leaving his toys behind at the hands of a new owner, a young gild named Bonnie. The final parting scene hits hard as this moment hits home and is a reality that everyone will need to face someday. For a movie about the misadventures of sentient toys, Toy Story 3 handles heavy themes with impeccable touch and is one of the more surprisingly mature movies from Disney.

This is technically still a Disney movie, albeit produced primarily by Marvel Studios and only distributed by the mega multimedia company. That said, Avengers: Infinity War certainly has one of the bleakest endings of any mainstream Disney film. Of course, storytelling-wise, this is crucial to set up the finale in Avengers: Endgame. However, it was still quite an upsetting experience for younger viewers looking to see their favorite superheroes triumph over the tyrannical Thanos.

Thanos manages to get a hold of all the Infinity Stones by the end of the movie after a decade-long setup. The Mad Titan accomplishes his mission and eradicates half the life in the universe along with several fan-favorite heroes. The film ends with the Avengers defeated and having no idea what to do next as Thanos sits on a verdant field content that he achieved his life’s mission.

This is as dark and hopeless as a Disney movie can get, leaving audiences speechless.

The Little Match Girl is a 2006 animated short film from Disney and is the most depressing feature they made. Based on the classic Hans Christian Andersen story, The Little Match Girl tells the sad tale of a young girl who sells matches in the snow-covered streets of Moscow.

As night falls and the little girl fails to find a place to stay, she uses her matches as warmth to stave off the encroaching winter cold. Each match she lights gives her visions of a completely different life than what she has, a life filled with warmth and love.

As stated earlier, this short film is incredibly depressing and a vivid look into poverty. For those looking for a downer Disney feature, this Academy award-nominated short film will have viewers feeling broken within a couple of minutes.

This fantasy comedy monster movie from Disney has a surprisingly sad ending which caught many off-guard during its initial release. The film features the voice talents of John Goodman as Sully, a giant blue furry monster and the best in the game of scaring children. Along with Sully is his best friend Mike, voiced by Billy Crystal, a short green cyclops who is pretty terrible at the scare business.

The two’s world will be turned upside down when they meet a 2-year-old girl they named ‘Boo’ who accidentally manages to tag along back into the monster world with Sully and Mike. The ending has Sully taking Boo back to her world, but as he did, the specific door/teleporter to Boo gets destroyed, meaning there is no other way for the two to reunite in the future.

The film’s final moments then show Sully painstakingly building the door piece by piece. While the audience didn’t get to see the Sully and Boo reuniting, it is implied that they did. Still, the moments before the credits roll will undoubtedly cause a tear or two to drop from the audience’s cheeks and is one of the more surprisingly heartbreaking and heartfelt moments in children’s movies.

When a group of appliances that includes a lamp, blanket, radio, vacuum cleaner, and toaster is accidentally left behind, they decide to go on a journey to get back to their owner. Similar to Toy Story 3, this animated film also touches upon themes of loneliness and abandonment. There is also a subtext regarding the fear of being obsolete or replaced, which are actual real-world fears for some. The movie also has several ‘death scenes’ that can be pretty crushing for children today. The 80s were a different time, indeed.

Technically, the ending of The Brave Little Toaster is a happy one, but it comes after such a harrowing and heartbreaking moment that the impact of that last scene will linger even after the end of the credit.

Of course, Old Yeller will be on this list. This Disney family drama movie pretty much scarred an entire generation of children when released back in the 70s and is considered a genuine classic from the company.

The movie tells the story of the bond between a young boy named Travis, who encounters an old stray dog he names Old Yeller. Initially, Travis doesn’t want anything to do with the scruffy dog, but as they both go through hardships, Old Yeller shows his worth to the young boy, and they start forming a solid bond.

The ending is one of the most heart-wrenching of all time as Old Yeller sacrifices himself to protect Travis and his family from a rabid wolf. Gravely wounded and infected with rabies, Travis opts to end Old Yeller’s suffering in a heartbreaking scene that is still as gut-wrenchingly powerful today as around 50 years ago.