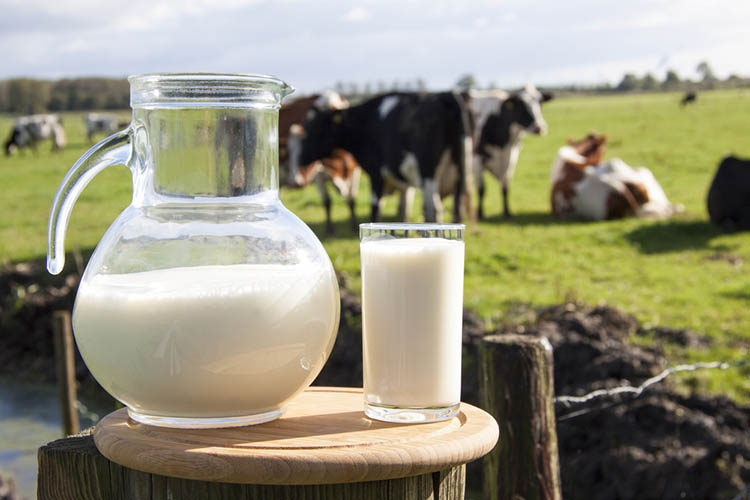 What Does Drinking Milk Symbolize in Movies?

Symbolism in films is an interesting technique that can enhance the overall impact of certain scenes subtly. In particular, the use of milk in numerous films is a conscious choice of the director designed to implant an idea or emotion into the audience subconsciously.

Milk can mean many things and is associated with various themes, concepts, and representations. For example, milk is often linked to motherhood. Hence, it evokes a feeling of kindness and selflessness. It can also be associated with youth which branches over to purity and innocence.

The films below utilize scenes that feature milk in various ways and offer audiences a glimpse into the psyche of certain characters. In addition, these movies feature scenes that incorporate milk to enhance the plot’s objectives or the characters themselves.

This violent Kubrick classic follows the demented tale of Alex DeLarge (Malcolm McDowell) as he and his “droogs” participate in all manners of debauchery. One of the more iconic shots in the movie has Alex and his merry band of miscreants drinking milk at the Korova Milkbar before going out and causing all kinds of chaos.

The film warps the perception of milk with its pure white color and association with innocence by having it laced with some type of drug in the movie. The milk in A Clockwork Orange is a malformation of the symbol and a perfect reflection of the young Alex.

Outside, Alex may seem like an ordinary teenage boy, but deep inside, he is a sadistic sociopath with no semblance of empathy. As the milk served in Korova Milkbar may appear innocent enough, the drug mixed in personifies Alex’s true chaotic nature.

This Luc Besson action-crime-drama movie starring Jean Reno, Gary Oldman, and a 12-year-old Natalie Portman is one of the filmmaker’s best. The film follows Leon (Jean Reno), a hitman who takes a young girl named Matilda (Natalie Portman) under his care after a group of dirty cops kills the girl’s entire family.

Matilda asks Leon to teach her his assassination methods so that she can avenge her baby brother, to which Leon hesitantly agrees to. The use of milk in the movie adds lightheartedness to the generally dark storyline. Leon is only seen drinking milk, and this is a symbol of the character’s innocence.

Leon is a cold and calculating killer when assassinating, considered one of the best in his field. However, Leon is a generally kind and lonely soul outside his line of work. His preference for drinking milk reflects this almost childlike nature. The movie even presents Matilda as having a slightly more mature point of view of the world than Leon.

Milk represents a contrasting view of Leon, a hitman who is good at killing people yet is probably the most naïve character in the movie.

In this classic James Dean movie, Dean portrays Jim Stark, a teenager who moves to a new town and starts anew to escape his troubled past. The milk in the film is often associated with the character’s desire to experience kindness and love, which Jim doesn’t have even within his own family.

There is a memorable scene in the film after Jim participates in a game of “chicken” that causes the death of one of his classmates. Driving home and distressed, the first thing that Jim does is grab a glass of milk from the fridge. He presses it on his forehead, then on his cheek, as if imagining the caress of assurance that everything will be alright.

The milk in the film symbolizes the protagonist’s subtle cry for help and guidance. Despite his problematic personality, Jim is thirsty for love and care, which he craves deep inside.

In this Quentin Tarantino alternate retelling of World War 2, we follow several vital characters throughout the film, one of which is the evil yet charismatic Nazi Colonel Hans Landa, who has a memorable scene that features a glass of milk.

Tarantino fully uses the symbolism involving milk, which in this case is innocence. As Landa interrogates a French farmer about whether they are hiding Jews within the vicinity, he subtly places the glass of milk under the light as if questioning the innocence of the framer.

Without going through the typical visual tropes of an interrogation scene, Tarantino delivered the same intense impact with a lamp and a glass of milk.

The epic action adventure and continuation of the Mad Max mythos are considered its best entry, and the film delivers on all fronts. One of the essential elements in the film is water, as the world has pretty much suffered the worst case of drought due to unknown reasons. However, another pivotal element in the movie is milk.

In Fury Road, milk has been elevated to a sort of currency as it both hydrates and nourishes the body. In a world with a severely short supply of food and water, something that offers both is more important than gold.

The milk in the film also symbolizes motherhood, with a not-so-subtle name of “Mother’s Milk” given to this liquid nourishment. However, it also shows the main villain, Immortan Joe (Hugh Keays-Byrne), exploiting it and deforming the purity of motherhood into a way to hold power over others.

One can also associate milk with hope in the film. Going back to milk being a positive symbol of motherhood, we see a bloodied Max (Tom Hardy) use milk to wash away the blood from his face. Similar to baptism or being born again, Max sheds away his apathy and decides to help Furiosa (Charlize Theron) and the other women escape their captors.

The crime thriller from the Coen brothers is one of the best in the genre, and it pretty much subverts expectations about how the plot and characters progress. The film follows the cat and mouse game between a hunter Llewelyn Moss (Josh Brolin), and psychopath hired gun Anton Chigurh (Javier Bardem) with Sheriff Tom Bell (Tommy Lee Jones) looking to put a stop to Chigurh’s path of death.

After a drug deal gone wrong is discovered by Moss, he stumbles upon a cache full of money which he decides to keep to himself. Unfortunately, this makes him the target of Chigurh, who was tasked with retrieving the money.

One scene features Chigurh locating Moss’ trailer, pouring himself a glass of milk, and sitting on the couch, perhaps waiting for Moss to arrive. The scene is quite unnerving and further displays Chigurh’s seemingly lack of humanity as he stares emotionless at his reflection.

This scene can be interpreted as how, in the film, evil is constantly devouring what is good in the world. Chigurh, being the black abyss, is both contaminating and consuming the light of hope, symbolizing the glass of milk. When a villain drinks milk, it is often used to show their power over the other characters.

Catch Me If You Can is a film based on the true story of Frank Abagnale Jr. (played by Leonardo DiCaprio), a con artist who became one of the FBI’s most wanted. In one rather funny scene in the movie, Frank cons his way into a flight posing as a pilot. When asked by the flight stewardess asks Frank what he would like to drink before taking off, he hesitantly states a glass of milk.

The milk, in Catch Me If You Can, is the director’s way of showing Frank’s immaturity or innocence. Even with his knack for conning his way through life, he is still just a kid deep inside. So, milk here symbolizes Frank’s childishness or innocence which can threaten to expose his façade and reveal his actual age, not a mistake something a con artist would want to make.

In this 2017 horror smash hit by Jordan Peele, milk takes a darker, more twisted turn in terms of symbolism. While admittedly tongue-in-cheek and primarily due to the director not being a fan of the nutrient-rich liquid, it is still used to significant effect in this weird and almost disturbing scene.

The scene in question is where Rose (Allison Williams) is browsing through her next potential victim. Her snack of choice is also bizarre as she eats fruit loops and milk separately. This prominent theme about racism and white supremacy won’t win any subtlety awards, but the ominous way Rose eats certainly made this scene a memorable one.

We couldn’t find the exact scene online, so here’s an alternative that exudes equally creepy vibes.