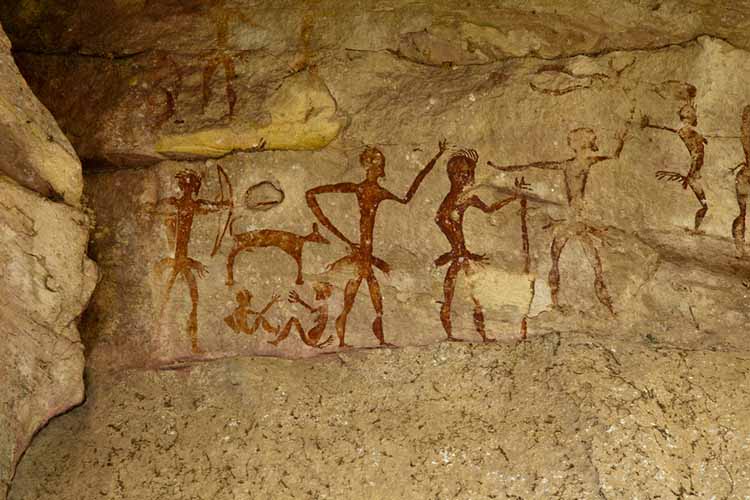 What do anthropologists do?
Once upon a time, legendary anthropologists like Margaret Mead, Ruth Benedict, and Bronislaw Malinowski undertook field work within exotic cultures, primarily reporting on mating, coming-of-age, marriage, and death rituals. But as primitive societies grew scarce, social scientists branched out in creative ways.

Anthropologists are blazing new trails. They teach. Work at museums authenticating everything from art to bones. Some become forensics specialists, working with law enforcement to identify bodies, reconstruct faces and assist in solving crimes – quite an evolution for one fascinating profession.

From documentaries to award-winning feature films, the following 10 movies are not just entertaining but ethnographic studies into culturally-based human behaviors that are unique and, in some cases, fascinating. Watch one or more and expect to get a firmer grip on why groups of people behave as they do.

For social scientists who perpetually debate the “nature (you are your DNA) v. nurture (society shapes behavior)” topic, this heartbreaking documentary about triplets who were intentionally separated at birth in the name of scientific research never fails to strike a nerve in moviegoers and critics. This documentary has received numerous well-deserved awards and accolades.

Three Identical Strangers introduces moviegoers to Robert, Michael, and Howard, three young men, each of whom was raised by a different family. They had no idea they had identical siblings. The revelation — that this separation was intentional — impacted the triplets in dramatic ways. By the time they meet at age 19, worlds collide, as evidenced by this intriguing trailer.

Despite being produced in 1961, this tale of people dwelling in Papua Barat Indonesia proved a shock to society when they saw the way the Dani lived in an “almost a classic Neolithic culture” after being discovered by anthropologists. The Dani people obeyed a perpetual cycle of war and revenge that was so pervasive, only night and rainfall triggered cessation of warfare.

Classified as an ethnographic documentary with allegorical undertones, Dead Birds is a rare look at people who assiduously avoided interaction with modern society. The Dani sought endlessly to satisfy ghosts and this documentary’s name is pivotal: It describes the tribe’s implicit belief that because man and bird are equal, they both must die to satisfy the desires of the society’s creator.

The number of stereotypes that pervaded motion pictures over the years in which East meets West would never stand up to scrutiny today thus the movie Sayonara has been hailed as a film that helped break down racial barriers. The movie, adapted from a James A. Michener novel, delves into struggles experienced by GIs when they fell in love with Japanese women during the U.S. occupation of Japan

Starring actress Umeki Miyoshi, the first woman of East Asian descent to win an Oscar for her performance, this tale addresses racial tension between cultures and director Joshua Logan faced herculean challenges from studio officials demanding a “feel-good” Hollywood ending. Instead, his ending reflects reality. Viewed against a backdrop of interred Japanese Americans during WWII, this film is especially poignant for those who are witnessing a rise in crime against Asians of late.

Steven Spielberg’s seminal film packed movie theaters to see a film best summed up by the Talmudic phrase, “Whoever saves one life saves the world entire.” In the case of German businessman Oskar Schindler who arrived in 1939 Poland with a goal of making a fortune, that number turned out to be 1,200 lives saved.

Hiding Jews in plain sight proved a challenge for Schindler, but this dramatized true story is considered one of the most authentic films made that depicted the Jewish plight during WWII. Schindler’s List is a consequential event, wrote Time magazine journalists who quoted Spielberg as saying, “After the movie came out…it seemed like the wall of silence fell down.”

Water takes place in 1938 just as Mahatma Gandhi was beginning his life’s work. It’s told from the perspective of Chuyia, a young woman married off at the age of eight in accordance with her sect’s tradition. When she is widowed, she is forced to move into an ashram on the Ganges River during monsoon season that is home to other impoverished widows.

Chuyia is wise beyond her years. When a young man falls in love with her, the prospect of re-marrying means she will have to break with tradition and risk being ostracized. As the monsoon rages on and the waters of the Ganges respond in kind, the moral question that underpins this intriguing film asks: “Is it possible to be reborn or does tradition drown any hope of future happiness?”

A classic for the classroom, this is an authentic tale with a cast of Native Americans that takes viewers back centuries to what would ultimately become the Canadian Arctic. It’s a love story. A fable. An ancient folktale portraying the struggle of Atuat a young Inuit girl promised in marriage to Oki, the evil son of the tribe’s leader.

A free spirit, Atuat has given her heart to Atanarjuat, and her struggle to avoid a loveless marriage in a harsh Arctic environment filled with superstition and beliefs is further complicated by a second young man. This ethnographic tale has the distinction of being the very first Inuktitut-language feature film ever made and it debuted to international accolades

The Anabaptist faith – the religion that is the foundation of the Amish, Mennonite, and Quaker sects – has been an especially fascinating topic for anthropologists because these closed societies are so secretive, but The Devil’s Playground reveals one of Amish society’s most emotionally fraught rituals: Teens must go out into the “real world” as a rite of passage before they can commit to the Amish way of life.

You won’t find many comedic films in anthropology classrooms these days, but this pioneering film by Spike Lee earns a place on every syllabus. It takes place on “the hottest day of the year” in Brooklyn’s Bedford-Stuyvesant neighborhood where racial tensions are so explosive, movie viewers literally watch temperatures accelerate as hate and bigotry lead to violence.

An especially relevant movie in an era where race relations and gun violence seem to be everywhere one turns, Spike Lee’s irreverent Do the Right Thing stars that era’s Black and Hispanic stars — but it’s the irony and juxtaposition of weather and boiling tempers that fascinate moviegoers and behaviorists most of all.

Cultural anthropology students focus on rituals that strengthen community bonds while lowering anxiety, explained Mary Kate McCoy on Wisconsin Public Radio. “We often don’t realize how full of rituals our lives are,” adds anthropologist Dimitris Xygalatas. Today’s society is filled with them but few are as powerful as those surrounding the way dead people are prepared for burial. That rite is especially important in Japan.

Viewers follow cellist Daigo Kobayashi after he splurges on a new cello only to lose his job with the local orchestra. Answering an ad for “Departures,” Daigo assumes it’s a travel job. Instead, he finds himself preparing dead bodies for burial and entry into the next life. The change viewers witness in Daigo’s personality is astonishing. Roger Ebert wrote of Departures’ showing at Ebertfest: “It had as great an impact as any film in the festival’s history.”

For longer than the profession has existed, anthropologists have targeted the topic of social interaction when minorities are relegated – like lepers – to crowded communities that incite crime, violence, and danger. City of God is a raw film about social interaction within the slums of Rio de Janeiro, Brazil.

Roger Ebert lauded City of God for showcasing extreme realities: “the city of the employed and secure, who are served by law and municipal services, and the city of the castaways, whose alliances are born of opportunity and desperation.” Paulo Lins’s novel became a film that offers a teaching tool for every social scientist seeking to get to the root of class differentiation and identification of the traits that separate those who survive ghettos and those with the will to escape and achieve success.