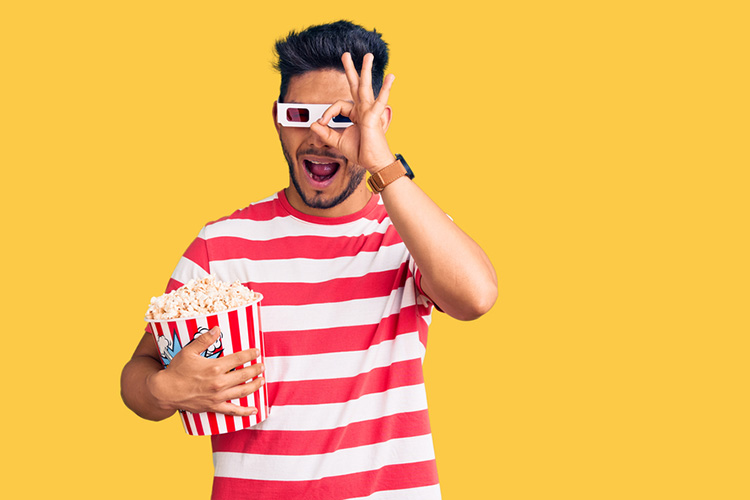 Netflix may be the go-to streaming platform for most, but that doesn’t mean that the largest streaming service in the world offers all the great movies. With several competition starting to rise in the streaming landscape, the available film selection has become the ammunition for these services. Unfortunately, while Netflix does have an impressive collection of films under its belt, it doesn’t have all of the greatest movies.

Here are some of the best movies currently not available on Netflix. The reasons these films are unavailable vary so that we will include the specifics of the reason for each entry.

Best Movies that Are Unavailable on Netflix

The Wolf of Wall Street is a biographical black comedy crime film starring Leonardo DiCaprio as Jordan Belfort. Belfort is a New York stockbroker who engaged in fraud, corruption, and excess to get ahead in the stock market. However, this also leads to his arrest and incarceration. The film, directed by Martin Scorsese, is based on Belfort’s 2007 memoir of the same name.

The film features a stellar cast that includes Jonah Hill (who received his first best-supporting actor nomination as Belfort’s partner, Donny Azoff), Matthew McConaughey, and Margot Robbie. The Wolf of Wall Street was previously available on Netflix, but it was taken off of the streaming service due to copyright and licensing problems. The movie might pop up again on Netflix in the future, though. Right now, the award-winning film is streaming on Hulu.

The classic children’s 90s movie that helped usher in the era of CGI animation, Toy Story doesn’t just have a revolutionary animation technology going for it. This film about toys coming to life when their owner is not around has won several accolades for its story and the top-notch performance of the actors who gave life to now iconic and beloved characters.

While the first Toy Story certainly shows its age today, its story is timeless, and both children and adults will still enjoy it to this day. Unfortunately, the beloved series has been unavailable on Netflix ever since Disney rolled out their own service Disney+. Now, all Toy Story movies can only be streamed on Disney’s streaming service.

Pulp Fiction is considered one of Quentin Tarantino’s best movies, and this claim certainly has merit. This wild black comedy crime drama consists of an eclectic collection of characters, with each chapter dedicated to each one.

The scene-stealers are undoubtedly the two hitmen, Vincent Vega (John Travolta) and Jules Winnfield (Samuel L. Jackson). Jules, in particular, has a pretty fascinating character arc after surviving what can only be perceived as a certain death scenario. Other memorable characters include mob boss wife and wild child Mia Wallace (Uma Thurman) and Butch Coolidge (Bruce Willis), a boxer who is down on his luck.

Each character has their faith intertwined with each other, for better or worse, and what happens next is a series of bizarre coincidences and morbidly funny events. Unfortunately, this Tarantino classic flick is currently unavailable on Netflix and was removed due to distribution rights issues. The movie is still available on the Starz streaming service, though.

Unfortunately, this 1996 black comedy crime film from the Coen brothers is another must-watch classic unavailable on Netflix. The movie earned seven nominations back in the 1996 Oscars and got two in the bag.

The movie features a list of top-tier actors, with Frances McDormand leading the case as the local police chief, Marge Gunderson, investigating the kidnapping of a car salesman’s (William H. Macy) wife in their sleepy town.

The kidnapping is revealed to be more complicated than initially thought, and things soon array for everyone involved in the crime. Unfortunately, Fargo is currently not available in the U.S. Netflix but is available in Canada and the U.K. If you are in the U.S., you must subscribe to FX and Hulu streaming services.

The grand finale of the decade-spanning MCU superhero extravaganza will unfortunately never grace the popular streaming platform, unlike its predecessors. This is because the biggest movie of 2019 and one of the highest-grossing films are under the Disney contract. With the multi-conglomerate media empire dipping its toes into the streaming service with Disney+, it is taking all of its shiny toys with it.

Unfortunately for Marvel fans who are Netflix subscribers, they won’t be able to complete the saga on their streaming service of choice.

Booksmart is a comedy film and is Olivia Wilde’s directorial debut. It is a coming-of-age comedy starring Kaitlyn Dever as Amy and Beanie Feldstein as Molly, two best friends who realized that they just lost their teenage years by having an “all work, no play” mentality.

Determined to end their high school on a high note, the two decide to do all the fun stuff they missed in one single night. Booksmart is the female version of another classic coming-of-age comedy, Superbad. The movie doesn’t miss a beat with its raunchy comedy style and will have you in stitches from start to finish.

Booksmart is currently unavailable on Netflix U.S. but is available in other regions of the streaming service. Additionally, you can watch Booksmart on Hulu, Apple TV, and Amazon Prime Video for U.S. audiences.

Donnie Darko is a 2001 psychological thriller cult classic from director Richard Kelly and features a young Jake Gyllenhaal as the titular troubled teenager. While the movie is undoubtedly a spider web of theories and complicated plot points that will most likely have first-time viewers at a loss, this is one of those movies that benefits from repeat viewing. Some of the subtle clues help clear up the plot during every repeat viewing, so this movie has such a dedicated fan base.

The cast is also pretty impressive with the likes of Maggie Gyllenhaal (Jake’s real-life sibling), who plays Elizabeth Darko, the sister of Donnie, a young Seth Rogen as class bully Ricky, Drew Barrymore, and the late Patrick Swayze.

Donnie Darko was available on Netflix prior, but it has since disappeared from the list as this writing. Who knows? Maybe it will reappear again in the future, like the wormholes in the movie.