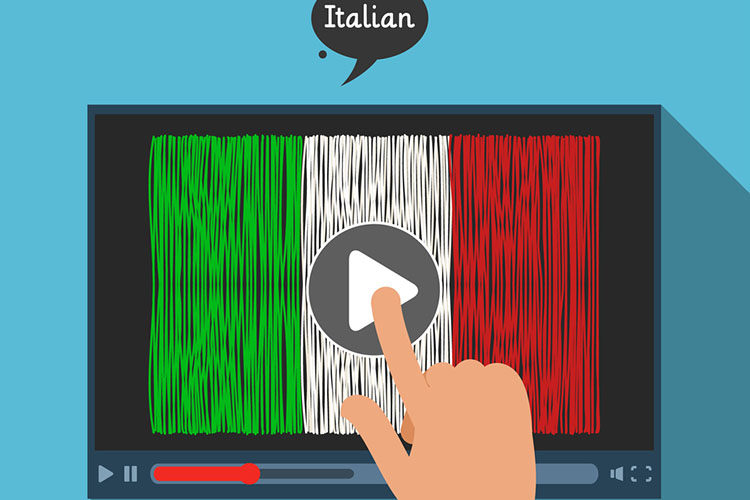 Italian cinema is one of the most influential film industries in the world. Italy revitalized and revolutionized filmmaking during the 40s and 50s by introducing the Neorealist style of movies. Neorealism is a filmmaking style that focuses on depicting stark realism on-screen and delves into the everyday struggles of the common man during the period.

The Revolution and Evolution of Italian Cinema

A neorealist film also opts to hire nonprofessional actors and shoots entirely on location to capture as genuine an atmosphere as possible. This filmmaking style is the opposite of the glitz and glamor portrayed in the typical Hollywood film that generally only shows beauty while hiding the grimier parts of life.

Neorealist films, to this day, still have a lingering impact on filmmakers around the world. The innovators of this type of movie include Roberto Rossellini, Cesare Zavattini, and Michelangelo Antonioni – to name a few.

Other filmmakers further experimented with what can be achieved with the neorealist styles, namely Vittorio De Sica, which implemented a more comedic style and blended it with the current social themes of the period. Around the same time, the famous Italian spaghetti western genre is also thriving. They were spearheaded by Sergio Leone, who used American actors such as Clint Eastwood and Lee Van Cleef further to expand his films’ interests and chances of success.

By the 80s, Italian cinema once again introduced an innovative filmmaking style called the Giallo. Giallo is a horror genre that combines horror with stylish camera work and visuals. Dario Argento is most notable in this genre, with his films like Susperia considered the pinnacle of this filmmaking style.

Another infamous genre in Italian cinema is the overtly violent exploitation films introduced by directors such as Ruggero Deodato (Cannibal Holocaust) and Lucio Fulci (Zombi 2). These types of movies are notorious around the world and were mostly banned in other countries due to the level of gratuitous violence shown. Still, it is part of Italian cinema history and is considered a hidden gem for horror movie buffs.

Italian cinema is undoubtedly one of the most influential industries in the film industry. For those interested in diving deeper into Italian movies, below is a list of the best ones to familiarize yourself with their unique filmmaking style.

Roma Città Aperta, or “Rome, Open City,” is a 1945 film by Roberto Rossellini and is considered the herald of the neorealist film movement. The movie is set in Rome in 1944 and follows several characters trying to survive the Nazi occupation. The film revolves around resistance fighter leader Giorgio Manfredi (Marcello Pagliero), who is trying to escape the city of Rome with the help of several characters.

Roma Città Aperta is a pivotal part of Italian cinema and is the one that ushered in the era of Neorealist films in the country. It also catapulted director Roberto Rossellini and actress Anna Magnani to international renown.

The film also garnered numerous nominations and awards, including winning the 1946 Cannes Film Festival’s Palme d’Or award and being nominated for Best Adapted Screenplay duing the 19th Academy Awards. If there is one particular Italian film that is a must-watch for film buffs, Roma Città Aperta is that movie.

I Soliti Ignoti, better known internationally as Big Deal on Madonna Street, is a 1958 heist comedy film directed by Mario Monicelli. The comedy film about a group of robbers planning the biggest robbery of their lives is entirely set in Rome. It utilizes everyday problems to build up humor rather than using slapstick or punchlines, as is the case with most comedy films at the time.

Considered a classic Italian comedy film, the movie itself was a fresh take on the genre as the robbers go from one mishap to another as they fumble their way to their planned grand heist. I Soliti Ignoti still holds up to this day with its humor and is an excellent film to introduce fans of comedy to Italian cinema.

8 ½ is a 1963 surrealist comedy-drama that also acts as an autobiographical film of its director, Federico Fellini. The movie follows the life of filmmaker Guido Anselmi (Marcello Mastroianni). He has the worst artistic mental block after being pressured to follow up on his previous critical and box office hit movie.

Guido planned on relaxing for a while after the release of his last financially successful movie. Still, people he has worked for in previous projects are itching to work again – forcing Guido to drop his vacation plans and start working on his next opus. Unfortunately, creativity is evading the director, so he starts reminiscing about his life and every important event that led him to this moment.

The film is Fellini showing the hardships he has encountered in filmmaking and the complicated process that starts from conception to execution, all the way to the production and release. It is also the adversities imposed by modernization in society and the importance of adapting to the ever-changing world. 8 ½ is considered to be another milestone in Italian cinema that utilizes the neorealism style with a more humorous approach.

Black Sunday is the directorial debut of Mario Bava, which makes it even more impressive since this gothic horror film has become a staple of Italian cinema and is among the most influential in the genre. The movie is about an ancient vampiric witch Asa Vajda. She is on a mission to possess the body of her younger descendant, Katia Vajda (both played by actress Barbara Steele). As revenge for her brother’s betrayal, Asa will possess her descendant, taking back the life violently taken from her centuries ago.

This Italian horror masterpiece became a worldwide success, partly thanks to its original gothic visual style. However, as is pretty much common with most revolutionary Italian films of the time, Black Sunday did garner quite a bit of controversial reputation due in huge part to its use of sexual content and violence. Still, Black Sunday helped usher in a new era of horror films that are not afraid to push the envelope.

Also known as The Bicycle Thief in the United States, Ladri di Biciclette is another classic of Italian cinema and part of the groundbreaking neorealist movies of the time. Directed by Vittorio de Dica, the film follows the story of Antonio Ricci Lamberto Maggiorani), a struggling father during the depression era in Italy after World War 2.

Ladri di Biciclette is a heartbreaking tale of the adversity confronted by father and son trying to survive during the economic collapse of Italy after the war. While looking for a job, Antonio finds a poster offering a job but requires the employee to have a bicycle. Unfortunately for Antonio, his bike gets stolen. He and his son must scour the streets of Rome and find his bicycle.

Ladri di Bicilette garnered multiple awards, including an Academy Honorary Award for most outstanding foreign language film in 1950. The film is also considered one of the greatest films of all time.

The final entry to Sergio Leone’s seminal “Dollars” trilogy includes “A Fistful of Dollars” (1964) and “For a Few Dollars More” (1965). The film stars Clint Eastwood as Blondie/The Good, an enigmatic gunslinger, Lee Van Cleef as Angel Eyes/The Bad, a ruthless mercenary, and Eli Wallach as Tuco/The Ugly, a crude yet cunning Mexican bandit.

The movie follows Blondie and Tuco, who work together to find a hidden Confederate gold somewhere in New Mexico. About halfway through their hunt, they inevitably come across Angel Eyes, who is also looking for the hidden treasure.

The film is a western masterpiece that elevated the sub-genre with its charismatic protagonist and antagonist. With fantastic cinematography and the most iconic “Mexican standoff” scene in cinema history, “The Good, The Bad, and The Ugly” is a must-watch for any film connoisseur.

Also known as Life is Beautiful, this 1997 comedy-drama film was directed and starred Roberto Benigni. The story itself is pretty bleak, yet Benigni managed to inject elements of hope into the story about a father and son imprisoned in a Jewish concentration camp during the occupation of Nazi Germany in 1930s Italy.

Benigni portrays Guido Orefice, who protects his son from the horrors of the internment camp by using his imagination and making it appear as if they are playing a game. The movie is heart-wrenching yet also highlights the indomitable human spirit.

Very few films can make audiences laugh and cry in such a way that Life is Beautiful has achieved. With a beautiful and bittersweet story of love at its center, the film collected multiple awards worldwide, including winning the Grand Prix at the 1998 Cannes Film Festival and three Academy Awards.

For horror movie fans, one particular name and film stands out whenever a conversation about Italian cinema is initiated: Dario Argento and his visually entrancing horror classic, Suspiria. Few names can elicit respect in the horror genre than Dario Argento. His films are synonymous with their visually striking, eerie, and gruesome imagery, and nowhere is this most prevalent than in this 1970s classic.

The movie follows the tale of an American ballet dancer who enrolls at a German ballet school. However, the school holds dark secrets, and soon, a series of unexplainable and horrific events start happening within its maze-like hallways.

Suspiria is often associated as one of the movies that inspired numerous modern horror filmmakers. Dario Argento’s signature style of creating scenes that are both terrifying and beautiful at the same time is often copied but never replicated. For movie fans wishing to sink their teeth into Italian horror cinema, Suspiria is undeniably the best place to start.

The most recent entry in this list also harkens back to the surrealist filmmaking style of the 40s and 50s. The Great Beauty is one to watch for those searching for another excellent introduction to Italian cinema.

The film follows the story of aging journalist Jep Gambardella (sentimentally played by Toni Servillo). During his 65th birthday, he reflects on his past and begrudgingly concludes that he pretty much wasted his talents in exchange for fame and luxury, leaving him empty and unfulfilled during the twilight of his life.

The Great Beauty is somewhat of an homage to the surrealism films of the past as it focuses more on the character’s journey than the actual plot. However, the powerful and emotionally charged film will undoubtedly leave audiences reflecting on their own lives and their satisfaction level with their decisions. This thought-provoking film also won the 2014 Academy Awards for Best Foreign Film.

For those who genuinely wish to dig deep into the rich history of Italian cinema, hunting down a copy of L’Inferno is a must. This 1911 movie from directors Francesco Bertolini, Adolfo Padovan, and Giuseppe de Liguoro is a visual and aural assault on the senses with its artistic and vivid adaptation of the 14th-century epic poem by Dante Alighieri. The film also based its visuals on the illustrations of Gustave Dore’s interpretation of the classic poem, which makes it both nightmarish and spellbinding to witness.

A revolutionary film during its time, L’Inferno ushered in the modern theater system as it became one of the first global box office successes. The film is undoubtedly a must-watch with how it innovated filmmaking and pushed the boundaries of what movies can offer the world. L’inferno also put Italy on the map as one of the trailblazers in the film industry.