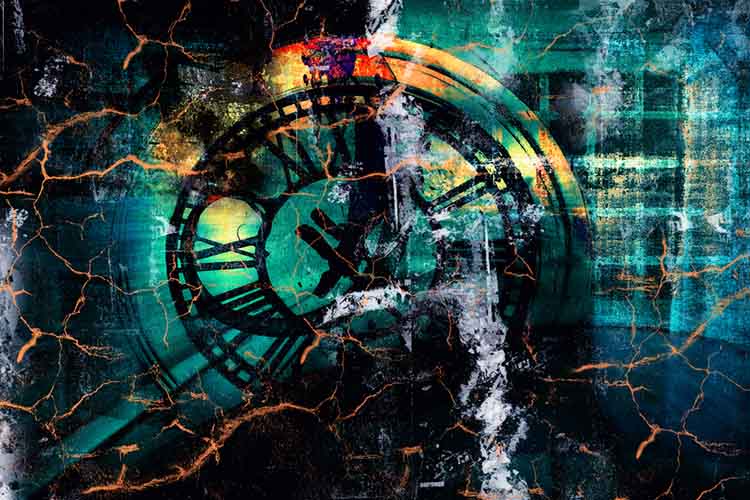 Time travel can be quite an overwhelming notion to grasp. Even adults will cook their noodles to comprehend such an idea and the tangled implications that this theory presents. So, how can one even hope to introduce time travel to kids? Well, there are several fantastic kid’s movies out there that tackle this concept in such a way that a child can grasp the gist of it.

For today’s article, we will be looking at the best time travel movies suitable for kids. These films should arouse children’s interest in the theory of time travel and even physics in general.

In this CGI science fiction kid’s movie, we follow the adventures of Mr. Peabody (Ty Burrell) and his adopted son, Sherman (Max Charles). Mr. Peabody is a super-intelligent scientist and inventor who also happens to be an anthropomorphic dog. Mr. Peabody invents a time machine that he calls the WABAC machine or the Wayback Machine and, along with Sherman, goes on an epic time-traveling adventure.

The two go on to meet some of the most well-known figures in history, but when Sherman breaks the cardinal rule of time travel, the duo must go on a literal race against time to fix the timeline. The movie’s time travel plot is relatively straightforward. However, it also touches upon the concept of the Butterfly Effect, in which one small act can cause a ripple effect that will lead to significant consequences down the line.

Amidst the science-centric plot, there is also a theme of the importance of family at the center that holds the movie together. The chemistry between Mr. Peabody and his adopted boy Sherman evolves throughout the film, and both will learn the importance of acceptance and trusting their children.

While The Last Mimzy also dabbles in the notion of time travel, it incorporates more of a mysticism vibe to the primary plot device. If you consider that people from the past will most likely view our technology today as magic, maybe this film is on point.

The movie follows Noah (Chris O’ Neil) and Emma (Rhiannon Leigh Wryn), who discovers a box of inconspicuous toys and artifacts. One of the toys, a stuffed rabbit named Mimzy, becomes telepathically connected to Emma. As a result, both children start developing special powers, and their intellect also grows exponentially.

Soon, the two children and their parents are apprehended by the FBI when one of Noah’s inventions causes a citywide blackout. The kids then reveal that the future is in grave danger, and they must get Mimzy back to the future.

The Last Mimzy only touches upon time travel, but the core message of children being the hope of our future is a seed that is important to plant in the younger generation.

In this 2007 CGI science fiction-family film from Disney, the story follows a 12-year-old genius inventor named Lewis who hopes to get adopted finally. However, his world gets turned on its head when he meets a young time-traveler, Wilbur Robinson, who is on a mission to save the future by stopping the nefarious Bowler-Hatted Man.

At first, Lewis is rightfully skeptical of Wilbur’s claims. So, to prove that he is telling the truth, Wilbur brings Lewis to the future to meet his oddball but kind family. The movie handles time travel and the repercussions of one’s action quite well. It also teaches children to keep moving forward no matter how tough things get.

Meet the Robinsons is loosely based on the 1990s children’s book, A Day with Wilbur Robinson, written by William Joyce. This movie has laughs, thrills, and a heartfelt story that will keep kids glued to the adventures of its main characters.

We have dozens of choices here, but we will be going with the CGI motion-captured 2009 version. A Christmas Carol is based on the classic Charles Dickens novel of the same name. The 2009 CGI full-length feature has several fantastic actors attached to the project. Jim Carrey voices the old and grumpy Ebenezer Scrooge with his signature frenetic energy. Along for the ride is a solid supporting cast that includes Gary Oldman, Bob Hoskins, Colin Firth, Robin Wright Penn, and Cary Elwes.

Everyone knows the story of A Christmas Carol as it has been a staple during the yuletide season. While the time-traveling aspect of the story is not precisely based on science, it does help open up that concept for young minds.

The story’s core message of compassion and being good to your fellow man is always an important lesson to give to children.

This movie is a classic fun adventure tale that only the feverish mind of Terry Gilliam can deliver. The story is about an 11-year-old boy named Kevin, who his parents often neglect due to their jobs. Kevin is also fascinated by history and spends most of his days buried in books.

When six time-traveling dwarves suddenly fall into his room, Kevin will have the chance of a lifetime to experience the things that he only reads in his books. Kevin decides to tag along with the dwarves to steal treasures from key historical figures such as the Time Bandits.

The film is a wild and imaginative time-hopping adventure with an incredible cast that includes Sean Connery as King Agamemnon, John Cleese as Robin Hood, and Ian Holm as Napoleon Bonaparte.

Yet another 80s gem cracks this list; this time, it is the beloved Flight of the Navigator. Again, the movie features time travel in the most realistic depiction of the concept by attaching it to space travel. Young David Freeman is taken by aliens and imprints his brain with a vast star chart map. As David travels through the cosmos with a sleek spaceship to get back home, he realizes that the two-hour-long travel he made equated to eight years on Earth.

The theoretical time travel in this movie is caused by the scientifically proven time dilation effect. Time dilation slows down the perception of time for one individual compared to another depending on their current velocity.

As David starts to understand the gravity of his current predicament, he must find a way to travel back to his original timeline. But is such a thing even possible, even with a super-advanced spaceship at his disposal?

As you might have already guessed, the time travel here is not based on any scientific theories, but all other elements of the concept are accounted for in the film. That shocking third-act twist caught everybody unfamiliar with the book by surprise.

The less known about how it all plays out, the better. Let’s say that the time travel implementation in the film will automatically have you clamoring for a repeat viewing.

This 2006 Japanese anime science fiction film is loosely based on the 1967 novel by Yasutaka Tsutsui of the same name. It follows the story of a 17-year-old high school student, Makoto Konno, who discovers that she can time leap at will.

Makoto, at first, casually uses this power at a whim to solve even the simplest of power and for personal gain. But, of course, one cannot tamper with time without consequences, and Makoto will learn that every action she makes has an equal reaction.

The movie is a mix of hilarious, lighthearted moments. The final act shifts to a heavier theme and shows the repercussions of Makoto’s abuse of time travel and how it affects those around her. Will she be able to fix the mess she inadvertently made?

We can’t have a list of time travel movies without including the most iconic one, can we? Back to the Future is a staple in pop culture with its memorable characters and iconic time-traveling DeLorean. Starring Michael J. Fox as Marty McFly and Christopher Lloyd as Doc Brown, the duo will go on a time-hopping adventure for the ages.

This film pretty much wrote the fictional rules of time travel in movies and is one of the most influential in the genre. Back to the Future has two sequels under its belt, but the first one will always have that special place in fans’ hearts.

The culmination of more than a decade of story-telling using different movies was unprecedented, and Avengers: Endgame showed that it could be achieved. This superhero blockbuster extravaganza is the climax of the MCU’s Infinity Stone Saga, and what a ride it was.

Avengers: Endgame shows just how convoluted time travel can get by implementing a time travel element but completely reshaping the concept. One funny line in the movie has Scott Lang/Ant-Man (Paul Rudd) realizing that all of the rules made by popular time travel movies are entirely wrong.

Avengers: Endgame has everything that both kids and adults will love. The time travel plotline should spark interest in young audiences about that radical concept and its possibilities.