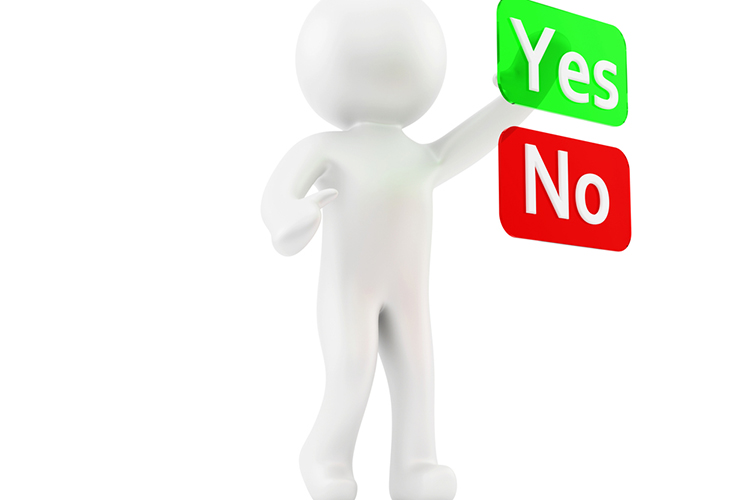 A Man vs Fate technique is applied to stories where the protagonist is faced with something that is foretold. This is usually introduced at the beginning of the story when the character’s destiny is revealed. Along the way, the character either follows destiny’s course or finds ways to stray away from it.

This is a popular technique that has been used for centuries. Greek mythology, for instance, has a number of stories that discuss protagonists learning about their fate—Oedipus Rex by Sophocles is one example, where Oedipus learns about his fate of killing his father and marrying his mother. There’s also the story of Macbeth, whose fate is to become king, and his desire to control his own destiny.

Here are ten examples of movies that use the Person vs. Destiny conflict. We’re doing a wide range of genres for this one—there’s Harry Potter and the Philosopher’s Stone, the first film off of the fantasy series adapted from the best-selling novel by J.K. Rowling; The Ring, a Japanese supernatural horror film; and The Princess Diaries, a coming-of-age hit from Disney.

Final Destination is a horror franchise of five films. The first film, released in 2000, was directed by James Wong and stars Devon Sawa, Ali Larter, Kerr Smith, and Tony Todd.

Teenager Alex Browning (Sawa) is on his way to France with his classmates when he had a premonition that the plane will explode and kill everyone on board. After being forced out of the plane, the rest of the passengers die after the plane explodes shortly after takeoff. A few months, a series of events started happening to him and his friends, and one by one people he knew started to avoid the death they once cheated on.

The film was shot in New York, Vancouver Island, as well as San Francisco, and Toronto. Aside from the sequels, it also had a series of novels and comic books.

Harry Potter and the Philosopher’s Stone

This is the first film installment of the Harry Potter film series, which has a total of eight films. The 2001 film is directed by Chris Columbus and stars Daniel Radcliffe, Rupert Grint, and Emma Watson.

Harry Potter, an orphan who was delivered by professors at Hogwarts School of Witchcraft and Wizardry to his abusive relatives, received mysterious letters on his 11th birthday. He finds out that he has been accepted to Hogwarts, and that his parents were killed by Lord Voldemort, a dark wizard. What follows is an epic story of how Harry faces his destiny as a wizard, and how he uses both fate and freedom as he fulfills his goal of defeating Voldemort.

The film was shot in multiple locations in the United Kingdom, including England and Scotland.

The Ring (also titled Ringu and Ring) is a Japanese film directed by Hideo Nakata, who based the film on the novel by a 1991 novel by Koji Suzuki.

The film is about a reporter and her ex-husband who follow a story about a cursed videotape, which kills the viewer seven days after watching it.

The film, which was praised by critics and gained box office success, started a trend of Japanese films with Western remakes. One of them which is the 2002 film of the same name directed by Ehren Kruger and starring Naomi Watts.

William Shakespeare’s Romeo and Juliet has had many film interpretations, and this modernized version by Baz Luhrmann (who also co-wrote and co-produced the film) stylized Romeo + Juliet is considered one of the best. It stars Leonardo Di Caprio and Claire Danes.

Released in 1996, the film tells the romantic tragedy of Romeo and Juliet, who are referred to as star-crossed lovers—the two are victims of fate because their love is forbidden by their feuding families.

The film was mostly shot in Mexico City, Miami, and California. This is considered the third major film adaptation of Shakespeare’s play (the first two were released in the 30s and the late 60s).

The Lord of the Rings

The epic fantasy Lord of the Rings by J.R.R. Tolkien is one of the best-selling books of all time. Its film adaptations, which were divided into three epic films released from 2001 to 2003, were all directed by Peter Jackson. The ensemble cast includes Elijah Wood, Ian McKellen, Sean Astin, Cate Blanchett, and Viggo Mortensen.

Set in Middle Earth, the story revolves around the adventures of Frodo Baggins (Wood) and the Fellowship to destroy the Dark Lord Sauron by destroying the One Ring. Frodo, whose destiny is to destroy the ring in Mount Doom and end the reign of Sauron, embarks on a treacherous journey.

The film series, shot mostly in New Zealand, is one of the most successful ever made.

The film is about “destiny with a sense of humor,” a story of two strangers who rely on destiny to determine their fate. Jonathan Trager (Cusack) meets Sara Thomas (Beckinsale) while shopping in New York City. They hang out at Serendipity 3 and developed a mutual attraction. Sara Tells Jonathan that like she looks for fate’s signals in her life decisions.

The two don’t push through with the relationship but tested their destiny: Sara writes her number in a book that she sold to a used books store, and Jonathan writes him on a five-dollar bill. After years of living separate lives and being with different partners, both decide to search for their destiny.

500 Days of Summer, a rom-com starring Joseph Gordon-Levitt and Zooey Deschanel, tells the story of a hopeless romantic who believes that he’s destined to be with a girl with whom he had a failed relationship.

Tom Hansen (Gordon-Levitt) meets Summer Finn (Deschanel) and falls in love with her after a few days of the meeting. Summer made it clear to Tom that she is not looking for a serious relationship and Tom agrees. After being together for months, Tom was dumped by Summer and starts to figure out what went wrong in the relationship. He believes that Summer is his soulmate, and tries to win her back.

The film, mostly shot in Los Angeles, received a number of awards, including a Best Original Screenplay in the 14th Satellite Awards.

This 2008 drama, which was adapted from the book Q & A by Vikas Swarup, is directed by Danny Boyle and stars Dev Patel. Slumdog Millionaire tells the story of a teenager who joins the game show Who Wants to Be a Millionaire?.

an Indian Muslim teenager who joins Kaun Banega Crorepati, the Hindi adaptation of the British game show. He is one question away from winning the 20 million when police suspect him of cheating and torturing him. The film tells the story of Jamal’s flashbacks of events in his life that leads to his ability to answer the questions. Jamal believes that its fate that guides him to Latika, a girl he met when he was young and the woman he falls in love with. His conviction to find her is what kept him motivated and believing in his destiny.

The film, which was shot in India (mostly in Mumbai), was nominated for 10 Academy Awards in 2009 and took home eight, including Best Picture, Best Adapted Screenplay, and Best Director.

Starring Anne Hathaway and Julie Andrews, The Princess Diaries is a 2001 coming-of-age film directed by Gary Marshall.  This Disney film is based on a young adult novel by Meg Cabot.

Mia Thermopolis (Hathaway) is a high school student living with a single mother. She was living an ordinary teenage life in San Francisco when she learns from her paternal grandmother Clarisse (Andrews) that she is the heir apparent to the throne of the European kingdom of Genovia. Clarisse starts to groom Mia, giving her “princess lessons” that will guide her in her destiny to become a princess.

The film, which received praises for Andrews’s and Hathaway’s performances, was shot mostly in the United States, in cities like San Francisco, Los Angeles, and Burbank.

A 1994 rom-com starring Marisa Tomei and Robert Downey Jr. and directed by Norman Jewison, Only You is a film about a woman searching for a man who she believes is her soulmate.

The film tells the story of Faith Corvach (Tomei), who after playing with an Ouija board and visiting a fortune teller becomes convinced that she is destined to be with a man named Damon Bradley. After 14 years, she is engaged to a podiatrist but learns that a friend of her fiancé is named Damon Bradley. She makes arrangements to find and meet him.

The film was shot in Italy (Rome, Venice, Tuscany) and the United States (Chicago, Pittsburgh). It received mixed reviews, but the performances by Tomei and Downey were praised by critics.