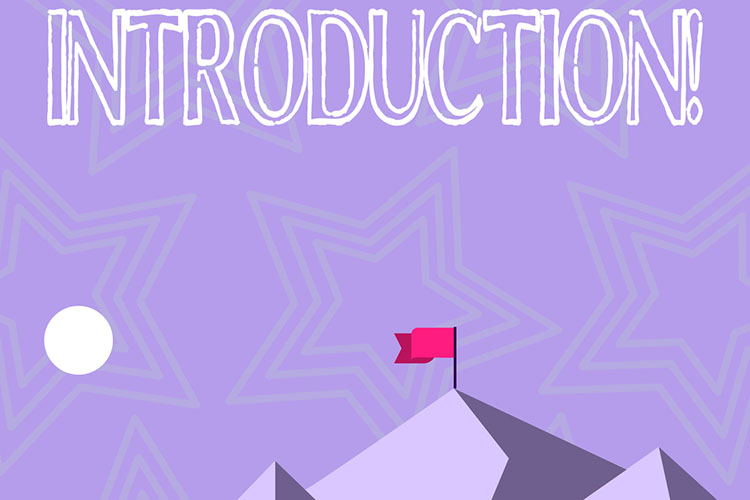 How a film begins can sometimes affect the overall enthusiasm and attention of the audience for the rest of the flick. First impressions last is doubly true when it comes to movies, and hooking your audience with the film’s premise within the first 10 minutes will be crucial. As such, the prologue can often make or break a movie, as unfairly as that may sound.

A movie that has an uninspired introduction can lose its audience right there and then, even if the film has a solid plot. However, starting the film with the proverbial bang can undeniably attract viewers to the rest of the movie.

Here is a list of the best movie prologues of all time with that in mind. These films hit the ground running with an attention-grabbing and unique prologue that sets up the rest of the film perfectly.

Talk about starting the epic fantasy trilogy with a bang. Peter Jackson managed to cram a summary of Middle Earth and the major players within it in just 5 minutes in an awe-inspiring fashion. In just 300 seconds, the opening scene of The Lord of the Rings: The Fellowship of the Ring introduced viewers to the world of Middle Earth, its principal inhabitants, the rings of power, and the epic struggle during the War of the Rings.

The prologue for the first Peter Jackson Lord of the Rings was concise, straightforward, unabashedly ambitious, and unforgettable. With such deep mythology, it is amazing how the 2001 Lord of the Rings movie gives audiences the cliff notes of the overarching story and shuffles the rest of the plot points digestible throughout three incredible films.

Take note, young screenwriters; this is how you open up a whole library of world-building without overwhelming audiences.

This 2009 Zack Snyder superhero film adaptation of Alan Moore’s award-winning and celebrated comic book may have been divisive to moviegoers. Still, one cannot deny that Snyder stayed as faithful to the source material as possible. In addition, Zack Snyder always had a talent for creating fantastic visuals and nowhere is this talent more prevalent than during Watchmen’s stylish opening sequence.

The prologue comes in two memorable parts. The first part is The Comedian’s death scene which is incredibly brutal and visceral. The second part is a more traditional opening scene that shows the events before the movie and is accompanied perfectly by Bob Dylan’s “The Times They Are A-Changing” song.

The opening title credit is incredibly well-made and shows the deterioration of society from the 50s Golden Age of superheroes to the nihilistic and paranoid-laden 80s that Watchmen is set in.

The Dark Knight is not only one of the best superhero movies of all time with a performance of a lifetime from Heath Ledger as the Joker, but it also features one of the superb prologues in film history. The movie begins with a bank robbery by a group of thugs in clown masks, which already drops a massive clue as to who the heist’s mastermind is.

As the bank robbery progresses, the audience learns that each group member is given specific instructions by The Joker, unbeknownst to the others. The instructions are simple, cold-blooded, and go in line with The Joker’s warped sense of humor. As each heist member accomplishes their job, they will be executed, as Joker puts it, one less share.

By the end, we learn that The Joker himself is part of the group and is the only one to get away with the loot. The prologue introduces Joker as a methodical, ruthless, and dangerous psychopath in the most bone-chilling way possible, and what a way to introduce Batman’s arch-nemesis on film.

Only a handful of horror flicks can deliver an anxiety-ridden prologue similar to 28 Weeks Later. This zombie movie is the sequel to the classic 28 Days Later, which also has a fantastic intro, but ‘Weeks’ upped the ante this time around and is the reason for its inclusion.

The film starts with a group of survivors holed up in a heavily barricaded home on the outskirts of London. It begins pretty quietly at first, but the tension begins to ratchet up as they let in a child survivor. Unfortunately, the child was followed by a group of infected, and all hell breaks loose as the survivors try to fend off and escape the horde of zombies.

The scene shifts from chaos and violence to heartbreaking when we see a husband leave his wife at the mercy of the unfiltered rage of the infected. Accompanied by the melancholic music of John Murphy titled “In a Heartbeat,” the audience is bound to be conflicted during this chaotic and brutal prologue. It is a terrifying start to a horror film and highlights the utter bleakness of the story.

Very few filmmakers can successfully craft a prologue that summarizes the core traits of its protagonist as well as Paul Thomas Anderson did in There Will Be Blood. Here, we are introduced to Daniel Day-Lewis’ character, Daniel Plainview, without dialogue for the whole opening sequence.

We see him during his beginnings as a prospector mining for minerals in New Mexico, and a freak accident also highlights Plainview’s relentless determination (bordering on stubbornness) and ingenuity to succeed at all costs. His preference to work alone also hints at his mistrust of others. Simply put, Daniel Plainview can be seen as both the best and worst of humanity combined into one.

What better way to introduce your getaway driver protagonist than with one of the most memorable modern car chase scenes on film? The frantic, stylish, and adrenaline-pumping well-choreographed car chase scene is accompanied by the beats of Jon Spencer Blues Explosion’s “Bell Bottom” song. The prologue for Baby Driver also perfectly sets up the movie’s overall tone.

The opening scene is shot in a hyperactive style and gives audiences an idea of the thrill ride they are in for with Baby Driver. Very few can craft such a controlled frenzy on screen as director Edgar Wright, and his unique directorial skill is on full display in this movie.

An equally iconic introduction is needed for a memorable pop culture character to become an icon. Director Steven Spielberg manages to achieve this iconic character introduction with a heart-pounding escape scene.

Every movie fan knows about the trap-laden catacombs, complete with hair-raising near escapes and a charismatic lead actor (Harrison Ford) donning the signature brown sable fedora.

From escaping one trap to another, culminating in that iconic boulder chase scene, the prologue for Raiders of the Lost Ark will forever be one of the most memorable movie openings in history.

The directorial film of Quentin Tarantino also features the signature style of the eccentric filmmaker. Reservoir Dogs opens with a reasonably typical Los Angeles diner scene with a group of black suit-wearing men conversing about seemingly random topics such as the true meaning of Madonna’s “Like A Virgin” song and tipping waitresses.

What makes this prologue great is the foreshadowing that this conversation is riddled with and how it gives audiences a glimpse of what each character is like and their personalities. For those who are sharp enough to catch on to some of the subtle hints in this scene, the revelation at the end won’t be as surprising.

Plus, top it all off with the song “Little Green Bag” by George Baker Selection, and you have yourself one of the most iconic movie opening scenes.

The prologue of Goodfellas is sublime and perfectly builds up the tension with every passing second. What starts as an innocent scene involving three men casually driving in the middle of the night steadily becomes more and more dubious with each passing second once a constant thump can be heard in the background.

At first, we are to believe that they are simply having engine trouble, a notion that is completely shattered once they park on the side of the road. Instead, the audience discovers that the three men are holding a bloody and beaten man in the trunk. The whole prologue manages to blend tension, humor, and the sheer irony of the title, which further cement Goodfellas as one of the unique gangster movie experiences.

How many films can claim to cram a rollercoaster of emotion within the first 10 minutes? This is precisely what the Pixar/Disney CGI movie achieved for the audiences when it was first released in 2009. The movie’s prologue can be pretty much considered a standalone short film that focuses on the backstory and life of Carl and Ellie.

The whole prologue follows the relationship between a young Carl and Ellie from their first adorable meeting to their wedding day and beyond. It starts pretty wholesomely, but the film also doesn’t shy away from some of the harsher realities of life.

It shows the couple’s excitement to start a family, only to learn that Ellie cannot conceive a child and the eventual finality of one’s mortality. The first 10 minutes of Up is as powerful as it is poignant, and it is one of the few films that can have the audience bawling during the intro.