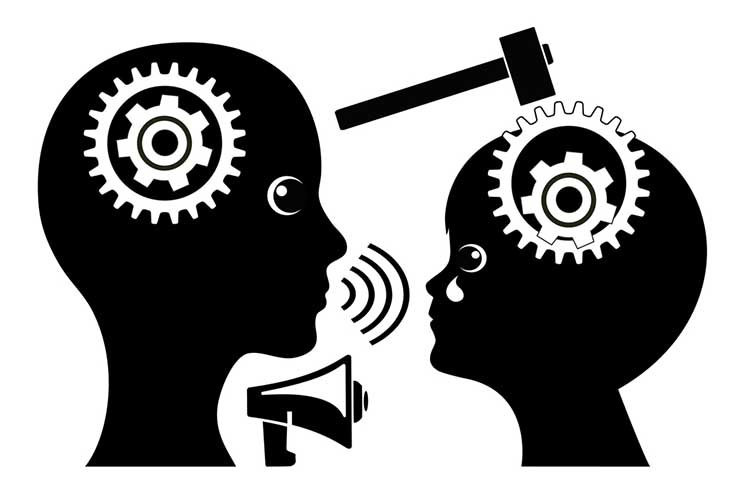 Authoritarian parents have high standards for their children when it comes to achievements and behavior. They would focus on the awards and accomplishments and tend to overlook the effort exerted by their children. They also set firm limits to keep their kids from trouble; hence, any misbehavior is being punished. However, since authoritarian parents tend to have too many rules and the reasons why they set them, the punishments do not always equal the gravity of the misbehavior. Because of strict discipline, the children may no longer feel any warmth and connection from their authoritarian parents.

Children of authoritarian parents may succeed especially in their education because they are goal-oriented. They also tend to be very disciplined and well-behaved but mainly because they are driven by fear of their parents. On the downside, they tend to struggle in the social aspect, become more aggressive than their friends, and are less self-reliant. As they grow, it was observed that they are more prone to depression and have poor psychological adjustment. As such, it was gathered that the good results of authoritarian parenting are more short-term while the long-term consequences may be detrimental to their mental health, personal happiness, and self-reliance.

Captain Georg Von Trapp (Christopher Plummer) in the musical film The Sound of Music is a classic example of an authoritarian parent. As a widowed naval officer, he raised his seven children the only way he knows how – like men and women in the military. He has plenty of rules and has established routines that make the children look so behaved when he’s home. However, as a naval officer, he is often away and had to hire a governess (or a nanny) to look after the kids.  As the father leaves, it was then revealed that the children are actually mischievous and very hostile to their governesses, that is, until Maria (Julie Andrews) came.

The Sound of Music is directed and produced by Robert Wise, and a film adaptation of a stage musical of the same title composed by Richard Rogers. Both are based on the memoir written by Maria von Trapp entitled The Story of the Trapp Family Singers. This movie has been nominated and won several awards, including five Oscars – Best Picture,  Best Director, Best Sound, Best Film Editing, and Best Music, Scoring of Music, Adaptation or Treatment.

Another musical drama movie is Footloose directed by Herbert Ross and written by Dean Pitchford. It stars Kevin Bacon, Lori Singer, Dianne Wiest, and John Lithgow. Mainly it is about the teenage boy Ren McCormack (Bacon) who just moved into a small town and tries to rescind the ban on dancing. The said ban was mainly influenced by the town’s local minister, Reverend Shaw Moore. As a minister and as a father, Reverend Moore is a legalist and strict. His daughter Ariel feels confined by his rules and so grew rebellious of his father. She helped Ren to convince the town council to remove the ban but still failed because of Reverend Moore’s firm stance. Until he realized that his legalism has greatly influenced his congregation and that it grew out of proportion and logic.

Next is a fantasy-comedy movie directed by Danny DeVito. Matilda is based on Roald Dahl’s novel with the same title. It stars Mara Wilson, Danny DeVito himself, Rhea Perlman, Embeth Davidtz, and Pam Ferris. The movie is about Matilda Wormwood (Wilson) who is intellectually gifted and has psychokinetic abilities. She used these to outsmart her family and her oppressive principal.

Matilda is the younger child of Harry and Zinnia Wormwood. While her mom Zinnia is neglectful, her father Harry is strict and rude to her. In one scene, even though Matilda gave him the right answer, he still responded with a threat and said, “when a person is bad, that person has to be taught a lesson.”

Directed by Gil Junger, 10 Things I Hate About You is a romantic comedy based on William Shakespeare’s The Taming of the Shrew, with a modernized setting. Starring Julia Stiles as Kat Stratford, Heath Ledger as Patrick Verona, Larisa Oleynik as Bianca Stratford, and Larry Miller as Walter Stratford, this movie follows the story of a famous high-school girl, Bianca, who isn’t allowed to date until her ill-tempered older sister, Kat, does. Their father, Dr. Walter Stratford, is overprotective and strict especially when it comes to dating. In one scene, he also said that it is his right to make decisions for his daughters even though they are already teenagers. He also has quite a list of “No’s” before letting his daughters go to a party. For Bianca, he is already being “completely unbalanced”.

Next, we have an animated film by Pixar Animation Studios – Finding Nemo. It is directed by  Andrew Stanton with Lee Unkrich as co-director. Behind the characters were the voices of Albert Brooks, Ellen DeGeneres, Alexander Gould, Willem Dafoe, and Geoffrey Rush. It follows the journey of a clownfish, Nemo, who was separated from his father Marlin. Marlin is an overprotective father who’s afraid of risks. When Nemo has gone missing, he learned to take risks along with Dory and realized that Nemo can also take care of himself.

Next is the romance-drama film The Notebook based on the 1996 novel of the same title by Nicholas Sparks. This movie is directed by Nick Cassavetes, and starring Ryan Gosling and Rachel McAdams. It has received various awards and nominations, including a Satellite Award, an MTV Movie Award, and Teen Choice Awards.

It is about a young couple, Allie and Noah, who passionately fell in love with each other one summer. However, Allie’s mother, Anne, doesn’t approve of their relationship and so hindered them from seeing each other. Allie and her family went back to their home in Charleston the following day. Noah sent letters to Allie for 365 days but Anne intercepted them until Noah stopped writing. Years later, the couple reunited but Anne followed Allie and finally gave her Noah’s letters.

Another animated fantasy movie on this list is Brave. It was produced by Pixar Animation Studios and directed by Mark Andrews and Brenda Chapman with co-direction by Steve Purcell. Starring in the film were the voices of Kelly Macdonald, Billy Connolly, Emma Thompson, Julia Walters, Robbie Coltrane, Kevin McKidd, and Craig Ferguson.

Brave is the story of Princess Merida of DunBroch who doesn’t want to conform to the customs of their kingdom. Her mother, Queen Elinor, is a traditional type of parent and queen who imposes the age-old customs upon Merida, thereby severing their relationship.

Yes Day is a comedy-drama movie directed by Miguel Arteta, based on the children’s book with the same title by Amy Krouse Rosenthal and Tom Lichtenheld. It stars Jennifer Garner, Edgar Ramirez, Jenna Ortega, Julian Lerner, and Everly Carganilla.

The story shows a family of five with parents, Allison and Carlos, who always say NO. Allison loves their children (Kate, Nando, and Ellie) so much that she tends to be overprotective. It was not until the parent-teacher meeting that Allison realized that her children see her as a “captor” and a “dictator”. Nando even compared her with Stalin and Mussolini. In Nando’s video assignment, Allison also stated, “I’m your mother, I don’t have to have a reason!”. Thankfully, the guidance counselor advised the family to have a YES DAY where, with a few ground rules, the parents should say YES to everything.