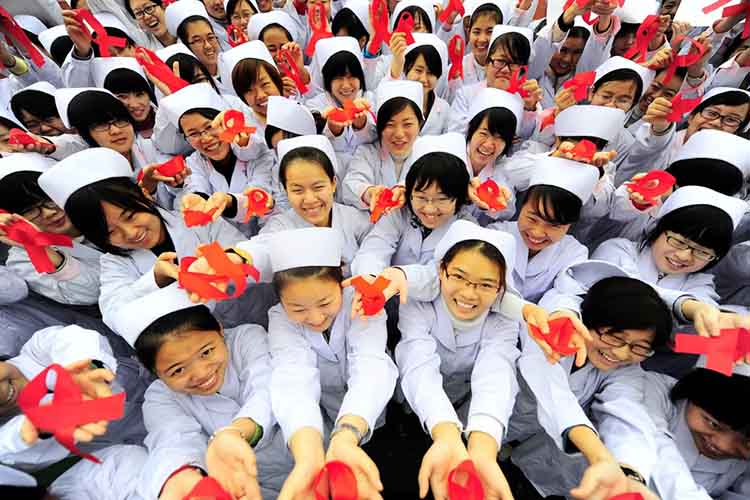 For both student nurses and licensed ones, the expectation is high, and sometimes it is just nice to take a break from the hectic hospital schedule, right? Whether you are already in the field as a nurse or still an aspiring student, it is nice to be reminded why you picked this profession. What better way to ignite that fire than with the best movies for nursing students and nurses?

We have compiled a list of the best movies revolving around healthcare and nurses. These movies should be in every nurse’s DVD or Blu-Ray collection or queued up on your streaming platform of choice.

The English Patient is a sweeping award-winning romantic drama on the 1992 novel of the same name written by Michael Ondaatje. The movie is set during the tail end of World War 2 and focuses on the story of a badly burned patient with amnesia named Almasy (Ralph Fiennes) and Hana (Juliette Binoche), the nurse assigned to take care of him.

As the story of the two unfolds, we learn more about the unknown English patient’s past and the reason for his grave injuries. The film is a perfect piece of cinema for nurses as it highlights the importance of compassion which is a critical element of this profession. But unfortunately, the film also makes an effort to sugarcoat the healthcare profession and the challenges it will expectedly bring.

That said, The English Patient does hit the mark on the self-fulfillment that nurses can achieve in saving the lives of their patients. However, the film also hints that salvation and healing can be obtained in different ways and that the relationship between the nurse and patient is a two-way street.

This 1985 TV movie focuses on the woman’s life story that revolutionized the nursing profession, Florence Nightingale. She is played eloquently by actress Jaclyn Smith, who breathes life to the pioneer nurse who elevated the healthcare industry with selfless acts, kindness, and loyalty to her oath.

If you wish to know more about the pioneer that elevated the nursing profession, this inspiring film is a must-watch.

While the oldest film on this list, Prison Nurse is still essential viewing for those in the healthcare industry. If ever you were curious about the state of the nursing profession back in the day, Prison Nurse is a movie that shows the stark contrast and progress that nursing has achieved.

As you would have guessed from its title, the movie is about a team of nurses working at a maximum-security prison. The film unabashedly shows the stress and risks that come with the profession as the nurses in prison face a typhoid epidemic outbreak while a severe storm is slowly flooding the penitentiary.

Prison Nurse is quite an engaging watch with the overwhelmed nurses trying to prevail over the outbreak within the prison walls, the slowly rising flood outside, and the steadily increasing risk of a prison outbreak. This one is undoubtedly a classic film highlighting the difficulties nurses face daily but multiplied ten-fold.

You can watch the entire film on YouTube right now.

Let’s go with a little lighthearted for this entry, shall we? Meet the Parents is a comedy film starring Ben Stiller as Greg Focker (snicker), a male nurse about to meet with his fiancé’s parents over the weekend. However, the father, Jack Byrnes (Robert De Niro), is a retired CIA agent and Vietnam Vet. So, yeah, you can expect the pressure to be quite overwhelming for the timid and polite Greg Focker.

The movie switches it up a bit and introduces the audience to Greg, a male nurse. Keep in mind that male nurses weren’t that common in the 90s and early 2000s, so you can see a bit of stigma with that particular picture. However, the movie shows the profession from the opposite sex positively and might even have helped break down the negative stereotype against male nurses.

While Meet the Parents isn’t exactly a movie that focuses on healthcare, the movie’s main character goes through some of the stigmas that come with being a male nurse at the time. The film helped open many minds in that the nursing profession is not restricted to gender.

Another highly recommended movie for nurses is the 2001 film Wit. The movie is about the relationship between primary care nurse Susie Monahan (Audra McDonald), who is tasked to take care of a cancer patient, Vivian Bearing, played flawlessly by Emma Thompson.

Vivian Bearing is a demanding English literature professor who gets diagnosed with ovarian cancer. As the audience, we get to see the struggles of facing such a frightening challenge from the patient’s point of view and the importance of nurses in assisting the patient through their trying times.

The movie emphasizes the importance of nurses’ compassion to help alleviate their patient’s fears and pain. This is a beautiful and bittersweet film that nurses and healthcare workers should check out.

In this Award-winning Academy film, the beautiful Audrey Hepburn plays Sister Luke, a Belgian nun, and nurse. The Nun’s Story is based on the true story of Marie Louise Habets, a Belgian nurse and former religious sister. The movie was also shot in Congo, Central Africa – then known as Belgian Congo as it was still a Belgian colony during the filming of The Nun’s Story.

The story revolves around the conflict between Sister Luke’s faith and her desire to be a healer (nurse). She will be forced to choose between the two calling when the second World War ignites. The movie primarily focuses on Sister Luke’s days as a religious sister. Still, it is interesting to watch how she balances being a nun and a nurse during a tumultuous time.

Even with the film’s age, The Nun’s Story still holds up to this day and is one of Audrey Hepburn’s best works. She has stated numerous times that this particular film is her favorite.

While not exactly a film revolving around nurses, Patch Adams is still a highly recommended movie for everyone in the healthcare industry. This is quite an uplifting film based on the true story of Dr. Hunter Doherty “Patch” Adams, who uses humor in conjunction with traditional medicines to treat patients. In the movie, Patch Adams is portrayed by the late Robin Williams.

While the movie does focus on the quirky doctor, it also shows the importance of having a positive and collaborative relationship between doctors and nurses. Before the movie’s release, there was a general impression that nurses were simply doctors’ helpers. However, in Patch Adams, the film showed the crucial role nurses play within the hospital and how they are the backbone and lifeblood of the medical world.

The 2009 drama film My Sister’s Keeper, based on the 2004 novel by Jodi Picoult of the same name, is among the movies recommended by professors that nursing students watch. The film tells the story of Anna Fitzgerald (Abigail Breslin), who was conceived via vitro fertilization to be an organ donor for her ailing sister.

The movie then shifts to a young Anna seeking help from a lawyer citing medical emancipation. She does not want to donate her kidney, significantly affecting her quality of life. This causes a massive rift between Anna and their mother, Sara Fitzgerald (Cameron Diaz). The movie delves into the complex family relationships and the patient’s rights.

The movie will be an eye-opener for student nurses as it is a rather complicated case that puts the healthcare worker’s responsibility and patient’s wish into perspective. If placed in such a situation – will you do whatever it takes to save the patient’s life, even if that will infringe their rights?

If ever you want to know how NOT to act as a nurse, then One Flew Over the Cuckoo’s Nest is a textbook study on these big no-nos. Actress Louise Fletcher earned an Oscar for portraying the vile and cruel Nurse Ratched. The film also stars Jack Nicholson as McMurphy, a criminal who pleads insanity and is admitted into the mental institution where Nurse Ratched operates with an iron fist.

The story revolves around the clash between McMurphy and Nurse Ratched. McMurphy begins rallying the other patients to rebel against the heartless and wicked nurse who goes against everything she swore to uphold.

Nurse Ratched is one of the most memorable and hated villains in film history, and Louise Fletcher portrayed the character with such irredeemable cruelty. Yet, as stated earlier, Nurse Ratched is the complete antithesis of her profession, whose core values center on compassion.