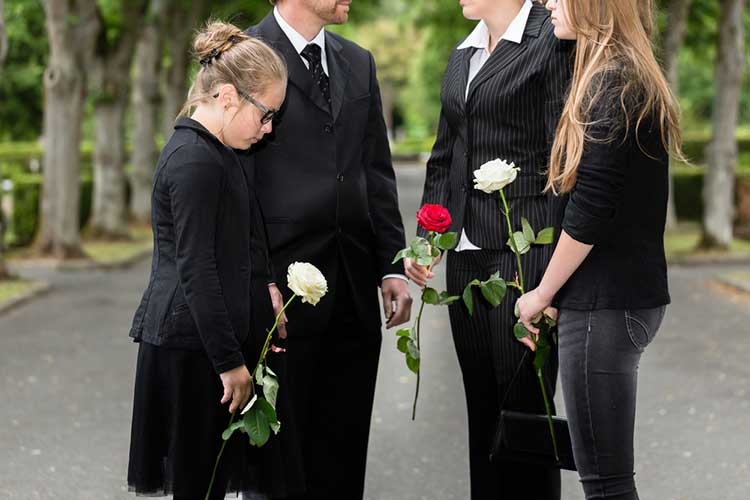 Losing a loved one is a natural part of life, but that doesn’t make it any easier to deal with no matter one’s age. For children, though, the impact of such an experience can be tough to comprehend, and the grief that kids will go through can have a lasting impression on their psyche. As such, the initial tackling this issue will feel like walking on eggshells for most.

To help children through this trying period, several films can assist in dealing with grief. These movies do not shy away from the subject matter but also leave an enduring message of hope to help kids positively overcome their grief.

The beloved Disney classic also has one of the most heart-wrenching moments in cinema. When Simba’s father, Mufasa, dies after saving the young cub, we see Simba slowly realize the events that unfolded. We see him in a state of denial, sadness, guilt, and hopelessness as his father, who he greatly looks up to, dies in front of him.

This scene in the movie is a stark difference from the relatively upbeat and lighthearted animated film about talking animals. It can even be considered quite traumatizing for younger audiences. Still, the movie tackles this heartbreak with care and offers audiences a glimmer of hope in the form of Simba’s newly found friends, Timon and Pumbaa.

The Lion King shows that even when we lose a loved one, they can still live on in our hearts and memories. We can honor their memories by living life to the fullest and living a happy and fulfilled life. Grief is a natural emotion and a necessary one; Simba goes through the heartache and uses it to manifest his destiny in honor of his father.

Big Hero 6 is one of the better children’s movies that perfectly shows how to handle grief. We see the young and brilliant inventor Hiro lose his big brother Tadashi in the movie. Hiro idolizes his brother so much that when Tadashi dies in an accident, we see Hiro lose track of his life.

The first stage of grief is denial, and we see Hiro in shock by the events. He has become numb to everything surrounding him. Next, Hiro goes through the anger stage, where he secludes himself from the world and becomes obsessed with avenging Tadashi as a way of focusing on his pain.

Then comes depression. When Hiro fails to avenge his brother, he further falls into hopelessness. The final stage is acceptance, which is easier achieved with the help of Hiro’s friends and family. Yes, his brother is gone, but he is still here to continue their dreams.

Acceptance is the final stage of grief that will set the individual free from the shackles of sadness. Having loved ones and friends during the grieving period dramatically helps overcome pain, as shown by this film.

Despite being marketed as a fun adventure about a grumpy old man and a young idealistic boy scout and their flying house, the film certainly surprised audiences with its mature opening scene. The film’s first 10 minutes shows the life of Carl Fredricksen (Edward Asner) and Ellie Fredricksen. The audiences get to see their first adorable meeting to their married days.

The film shows the ups and downs of life with Carl and Ellie unable to conceive a child of their own. Still, the couple decides to live their lives to the fullest and save for that trip to Paradise Falls, which they’ve been dreaming of since they were children. However, as time passes by and the two grow old, Ellie gets sick and passes away.

The death of Ellie leaves Carl heartbroken, and that sadness slowly turns to bitterness. Not willing to move on, Carl becomes somewhat of a recluse. The movie then shifts to Carl finally deciding to fly their house over to Paradise Falls. However, he did get a stowaway in the form of the loveable and optimistic boy scout, Russel (Jordan Nagai).

Together, the two will brave the dangers of Paradise Falls and teach each other some lessons along the way. By the end of the film, Carl finally manages to let go of the house/Ellie and find happiness again, something Ellie would have wanted for him.

A beautiful Japanese anime film about grief and loss, Okko’s Inn blends a colorful art style, fantastical characters, and a grounded pilot. The film’s main character is a girl named Okko who lost her parents due to a car accident. Okko is sent to live with her grandmother, who owns a rustic Japanese inn in the countryside.

Her grandmother plans for Okko to take up the mantle as the inn owner when she grows up and thus begins her training. However, things aren’t as simple as Okko starts to see friendly ghosts, and despite her sunny demeanor, the little girl is still trying to cope with her parent’s loss.

Okko is an incredibly well-written and relatable character. While she tries to hide her sadness by pooling her attention on learning the ropes of running her grandmother’s inn, she is still in mourning deep inside. There are several ways people try to cope with grief; Okko’s method is somewhat more productive but does feel more like her avoiding facing the truth.

Okko’s Inn is a fantastic film about how children sometimes confront grief. It is undeniably a tearjerker, especially in the finale, and should help children cope better with losing a loved one.

A Monster Calls is a drama fantasy movie about a young boy named Conor who is coping with the revelation that her mother is suffering from a terminal illness. With the painful reality of her mother’s condition at home and being bullied at school, Conor is plagued by sadness and anger no matter where he goes.

However, it all changes when he accidentally summons an ancient tree spirit that will help him overcome the challenges he faces. The Monster (voiced by Liam Neeson) helps Conor cope and wants one thing from the boy – the truth, whatever that may be.

A Monster Calls is a beautiful film that displays the frustrations of coming to terms with realities that we do not want. However, it teaches the importance of staying strong amidst the turbulent current and knowing that, like the rain, the trials of life will pass as well.

Somewhat of a hidden gem from the 90s, Fly Away Home is a heartwarming story about overcoming loss in the most fantastic way possible. The story follows Amy, a teenage girl whose mother is killed in a car accident. Amy moves in with her father in Canada, who she barely knows as he is a somewhat eccentric loner and inventor.

Feeling lost and unable to connect with his father, Amy stumbles upon a nest of goose eggs that were abandoned due to the tree cutting operation in the forest. The eggs hatch and quickly imprint on Amy as their mother. Forming a strange yet wonderful bond, Amy starts caring for the goslings. However, winter is fast approaching, and for the goslings to survive, they need to learn how to fly and migrate to the warmer climate down south.

Amy and her father start building an airplane so that Amy can teach the goslings how to fly. Taking on the role of a mother to a group of geese, Amy starts to properly grieve for her mother and find common ground with her father.

Another entry from Japan, this time coming from animation juggernaut Studio Ghibli. When Marnie Was There is a story that follows a 12-year-old girl named Anna who is sent to live in the countryside with her relatives due to a health condition.

During her stay in the peaceful town, she encounters and befriends Marnie, a young girl with long blonde hair. As their bond deepens, Anna will learn more about Marnie and come across a revelation that can be pretty difficult to comprehend.

Throughout the story, the audience will also learn more about Anna and her fear of confronting losing loved ones. When Marnie Was There is a touching story about family, grief, and love that can transcend time and space.

A modern classic in every sense of the word, Coco blends eye-candy visuals with a heartwarming tale of family and love. Considering that the story takes place during the Mexican holiday of Day of the Dead, it is safe to assume that death will be a focal subject of the story.

The movie follows a young boy named Miguel who accidentally stumbles into the neon-infused Land of the Dead. There he will learn about his family’s secrets and how the dead continue to live on with help from the memory of the living.

Coco paints a more reassuring picture of what happens after death. It is a nice sentiment to hold on to for those going through a loss of a loved one. Knowing that somewhere out there, they are still there and that someday everyone will once again join together.