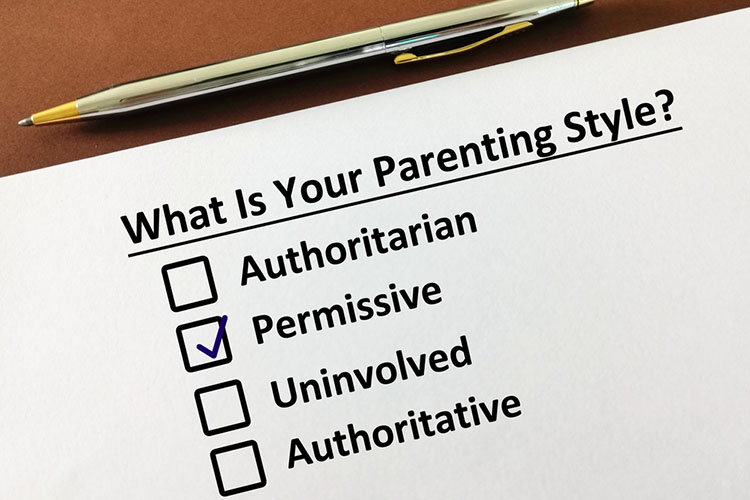 Permissive Parenting is one of the four parenting styles (the others are Authoritative, Authoritarian, and Neglectful). It is primarily characterized by high responsiveness and low demandingness. Permissive parents are those who are very responsive to their child’s emotional needs but failed to set and enforce rules.

This type of parenting may seem ideal for the kids. However, experts observed that permissive parenting may have negative effects on the children such as: the inability to self-regulate, worse social skills, worse academic performance, more prone to substance and alcohol abuse, and more impulsive and aggressive. Overall, child development experts also agree that permissive parenting is the worst style among the four.

First on the list is the teen comedy film by Amy Heckerling starring Alicia Silverstone. Along with her were Stacey Dash, Brittany Murphy, Paul Rudd, and Dan Hedaya. It shows the adolescent life of a blonde, rich, and popular high school student Cher Horowitz, portrayed by Silverstone. In one of the conversations between Cher and her father Mel, it was mentioned that Mel is just waiting to see some ‘direction’ from his daughter and complimented Josh for at least knowing what he wants.

He did not even bother to provide any guidance, tips, or advice of any sort. Cher also reflected her dad’s parenting style when she managed to negotiate her grades with her teachers. She was able to do this because she is used to talking her father into giving her whatever she wants. After seeing Cher’s grades and knowing that she had to negotiate for them, her father even hugged, congratulated, and told her that he was proud of her.

Starring Adam Sandler and Cole Sprouse, Big Daddy is about Sonny Koufax, a 32-year-old slacker law school graduate, trying to impress his girlfriend so he decided to adopt a five-year-old kid, Julian McGrath, who suddenly showed up on his doorstep.  In this comedy movie directed by Dennis Dugan, Sonny (Sandler) decided to raise Julian in his own way where he “gives the kid options instead of orders”. As such, he lets the latter pick his own clothes and choose what he eats.

In another scenario, Sonny gave in to Julian’s demand to watch his kangaroo show upon waking up even though Sonny is watching an ice hockey game. However, Sonny realized that he needs to change his parenting methods when Julian’s teacher complained about the habits that the boy has developed.

Next on the list is a teen comedy film directed by Mark Waters and written by Tina Fey based on the book Queen Bees and Wannabes by Rosalind Wiseman. It stars Lindsay Lohan, Rachel McAdams, Lacey Chabert, Amanda Seyfried, Tim Meadows, Ana Gasteyer, Amy Poehler, and Tina Fey herself. It follows the story of Cady Heron (Lohan), a 16-year-old who enrolled at a public high school after being homeschooled in Africa her whole life.

Later, she was able to befriend “The Plastics”, the A-list wealthy peer group in her new school, until she fell in love with Aaron Samuels, Regina’s ex-boyfriend.

In this movie, Regina’s mom (Amy Poehler) is an example of a permissive parent. She explicitly said that there are no rules in their house because she is a “cool mom”. She also tries to be friends with her daughter’s friends and even dresses the way they do. In the clip, Regina also shared that she got the master’s bedroom because she traded it with her parents. It also showed that it was the mom obeying her daughter’s orders.

Charlie and the Chocolate Factory (2005)

Charlie and the Chocolate Factory is the 2005 film adaptation of the 1964 British novel of the same title by Roald Dahl. It is a fantasy-comedy film directed by Tim Burton, starring Johnny Depp as Willy Wonka. Also starred in the film were Freddie Highmore, David Kelly, Helena Bonham Carter, Noah Taylor, Missi Pyle, James Fox, Deep Roy, and Christopher Lee. It follows the story of a poor boy Charlie Bucket, who won a contest through a Golden Ticket, along with four other kids.

Willy Wonka (Depp) toured the kids inside the factory. However, four of the kids were eliminated because they gave in to temptation; on the other hand, Charlie was offered to live and work with Wonka, to which he declined.

The spoiled Veruca Salt (Julia Winter) in the movie is the daughter of a permissive Mr. Salt (James Fox) who halted the regular operations of his nut company, purchased hundreds of thousands of Wonka chocolates, and had his employees search for a golden ticket. Upon finding the ticket and giving it to his daughter, Veruca did not even bother to thank his dad; rather, she said that she wants a pony. Her demanding and spoiled character is also the reason why she was eliminated from Wonka’s tour/contest.

Next, we have the Harry Potter movie series. As many already know, it is based on J.K. Rowling’s bestseller novels. This fantasy story follows the journey of three friends in the Wizarding World – Harry Potter (Daniel Radcliffe), Ronald Weasley (Rupert Grint), and Hermione Granger (Emma Watson).

A total of eight films were released from 2001 to 2011, with four directors behind them: Chris Columbus (for the first and second movies), Alfonso Cuaron (for the third), Mike Newell (on the fourth), and David Yates (on the last four movies).

In the story, Harry Potter grew up with his aunt’s family – the Dursleys – after his parents died when he was still a baby. Throughout the series, it was evident that the Dursleys (Petunia and Vernon) were permissive towards their son Dudley (but authoritarian towards Harry). In one of the scenes, Dursley even shouted at his seeming father after receiving ‘only’ 36 birthday gifts compared to 37 the previous year. Petunia and Vernon would also appease their son immediately whenever he was upset.