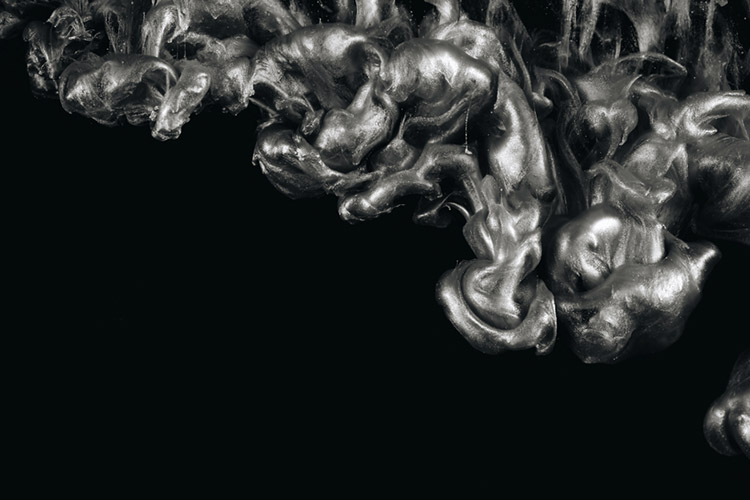 One of the most impressive, expensive, and powerful cameras to date is, without a doubt, the Phantom Flex Camera. This particular high-speed video camera from the manufacturer Vision Research can shoot at a remarkable 6,600 fps at full resolution and a blistering 12,500 fps at Full HD. Most are probably aware of this camera from the YouTube channel The Slow Mo Guys, which uses Phantom Flex Cameras for its content.

The latest model in the market is the incredible Phantom Flex4K, which will cost indie filmmakers an arm, a leg, and then some. The astronomical price tag of the Phantom Flex4K makes it a high-speed camera that is currently exclusive to big-budget Hollywood movies. However, while this camera might cost as much as a Lamborghini, the results compensate for the pocket-burning price tag.

The Phantom Flex4K Camera is explicitly designed for cinematographers and is built to be flexible in all sorts of environments. The Phantom Flex is designed to conquer all conditions indoors or outdoors, rain or shine. The 9.4-megapixel quality, 4K resolution, and outstanding stability elevate this camera to a must-have for filming.

With the video quality and outstanding performance, it is curious to see movies take full advantage of the Phantom Flex Camera’s power. Fortunately, several films showcase how impressive the results can be when using this ultra-high-speed camera. Below are visually stunning films that are shot on Phantom Flex Camera.

Prolific Hong Kong filmmaker Wong Kar-Wai is always known for his intricately and beautifully shot films. Utilizing the power of the Phantom Flex Camera further heightened the award-winning director’s vision with ultra-crisp and complex scenes in full display with his martial arts film, The Grandmaster.

The movie is another loose adaptation of the life of Ip Man (Tony Leung), the Wing Chun grandmaster who was also the master of Bruce Lee. The film follows Ip Man during his move to Hong Kong in the 1950s, hoping to start a Wing Chun martial arts school. He then faces numerous other martial arts masters and slowly builds his legendary reputation.

The film is a different take on the other Ip Man movie franchise starring Donnie Yen as the titular master. Wong Kar-Wai movies always have that arthouse vibe, and he takes that striking directing style to The Grandmaster with fight scenes that are more artistic and beautiful while retaining their ferocity.

Being shot using the Phantom Flex Camera immediately gives The Grandmaster a unique look compared to other martial arts movies released around the same time. Philippe Le Sourd is the director of photography for the film, and there are numerous shots that can honestly be framed and hung on the wall. This perfect blend of an eye for visuals with the absolute power of the Phantom Flex elevates each scene with elaborate detail and stunning movement.

Check out this beautiful and intense fight scene between Baguazhang Master Gong Er (Zhang Ziyi) and Wudang Boxing Master Ma San (Zhang Jin) for a glimpse of what a skilled filmmaker can achieve using a Phantom Flex camera.

The first American-made Godzilla movie that did not fumble the ball labeled as Legendary Godzilla, from the production company Legendary Pictures, this 2014 science-fiction American kaiju movie presents the Big G in a more realistic and terrifying depiction. Despite the premise of a giant monster running amok, Godzilla 2014 maintains a semblance of grounded realism.

Of course, with such towering behemoths taking up much of the scene (both figuratively and literally), the movie requires an ultra-high-definition camera to complement the stunning visuals. However, visually, the special effects of the film are pretty impressive. Several action scenes also took full advantage of the high-speed Phantom Flex camera and enhanced the intensity of the destruction on display.

Despite being a movie from eight years ago, the VFX still holds up today. With a 4K resolution available, audiences can see every falling debris and ripple of Godzilla’s muscles in glorious high-def. One significant criticism, though, is that some scenes are still quite dark. However, these scenes are shot at night, and the aim is to create tension, so not even a powerful ultra-crisp camera will be able to fix that issue.

For such a VFX-heavy movie, shooting several scenes using the Phantom Flex will complement the film’s overall vibe. While Godzilla 2014 may not have fully pushed the Phantom Flex to its limits, it does a pretty bang-up job utilizing the camera’s power.

This underrated action film features some of the most excellent use of Phantom Flex’s slow-motion, which it integrates into its almost dream-like shootout sequences. Starring Karl Urban as the titular Judge Dredd, taking the helmet previously worn by Sylvester Stallone. This version of Dredd is far more faithful to the source material than Stallone’s initial outing.

The film is set in the dystopian future 2099 in the fictional Mega-City One, a crime-riddled metropolitan where Dredd patrols as part of the elite law enforcement unit, Street Judges, who acts as judge, jury, and executioner.

Some of the film’s most memorable scenes incorporate the high-speed power of the Phantom Flex, which is in full display during the violent shootout scenes in marvelous slow motion. These sequences are brutal, and with the assistance of the Phantom Flex’s slow-motion capability, audiences can see every detail of the violence on display. It’s messy yet also oddly beautiful at the same time.

Kingsman is an action comedy spy film directed by Matthew Vaughn about a secret British spy agency tasked with stopping global threats. The movie is based on the graphic novel of the same name by Mark Millar and Dave Gibbons. The film adaptation stars Taron Egerton as Gary “Eggsy” Unwin, a trainee spy, Colin Firth as Harry Hat, Eggsy’s mentor, and Samuel L. Jackson as Richmond Valentine, a billionaire philanthropist with a twisted and demented plan to “save” the world.

One cannot deny the Phantom Flex camera’s benefits in an action flick, as it can help deliver some pretty fantastic and stylish sequences effortlessly. Nowhere is this perfectly showcased in the film than in the climactic battle between Eggsy and the deadly amputee assassin Gazelle (Sofia Boutella).

The fight scene is fast and furious, interspaced with sleek slow-motion sequences that help give the audience a bit of a breather from the lightning-fast, stylish clash.

In this fictional re-imagining of the life of the United States’ 16th president, Abraham Lincoln is not only a president but apparently also moonlights as a highly-skilled vampire hunter. The movie is obviously tongue-in-cheek, but it also has sleek over-the-top fight scenes and insane action set pieces. All of which utilize the power of the Phantom Flex camera.

The film’s director, Timur Bekmambetov, is known for being a visionary filmmaker with movies such as Wanted, Night Watch, and Day Watch. All of which are visual feasts with imaginative, over-the-top, and stylish action scenes that are in a league of their own.

It will be interesting to see what more Bekmambetov can deliver when given full reign over a Phantom Flex camera in a future project.

The sequel to the Robert Downey Jr. version of Sherlock Holmes has the eponymous world’s greatest detective going against his nemesis, the equally intelligent but extremely ruthless Professor Moriarty (Jared Harris). This take on Sherlock Holmes adds that signature RDJ wit and charisma to the famous detective by Arthur Conan Doyle and features a more action-oriented direction, making the use of the Phantom Flex camera logical.

The high-speed camera’s impeccable capabilities can be fully appreciated during the intense forest chase scene wherein Holmes, Dr. Watson (Jude Law), and Madam Simza (Noomi Rapace) are on the run from Professor Moriarty’s men. The chase scene is chaotic, with bullets and explosions ripping apart the trees and whizzing past our heroes.

The blend of frantic shaky cam with stylish slow motion as the forest around Holmes and his group are destroyed by artillery fire heightens the suspense of the chase. The smooth slow-motion capability and high-definition resolution make this one of the sleekest moments of the movie – enough to include bits of it in the trailer.

MCU’s Iron Man 3 is a VFX extravaganza starring Robert Downey Jr. in the role he was born to play. The movie delivers all the anticipated Marvel superhero ingredients with its action-packed scenes, humor, witty banter that only RDJ can bring, and mind-blowing visuals.

While not exactly pushing the limits of the Phantom Flex camera’s capabilities, the film is still an excellent eye-candy with both its VFX and practical effects, which are enhanced by the high-speed video capture of the Phantom Flex.

Marvel and Disney took a massive gamble with producing a full-length feature film focusing on Marvel characters considered to be C-Tier in the comics. However, they placed the talented James Gunn at the helm, and the results speak for themselves. The Guardians of the Galaxy went from an unknown comic book series to one of Marvel’s most beloved.

Geeky introductions aside, Guardians of the Galaxy perfectly blends humor and an emotional core to surpass the typical superhero formula of the time, which helped the movie garner glowing reviews from critics and audiences.

The movie is also lovely to watch, with several fantastic and highly detailed fictional locations, primarily on IMAX, which makes using the Phantom Flex camera for specific shots worth it.

The 2015 fantasy film about the origins of Peter Pan is an action-packed swashbuckling adventure for the whole family. Since the setting of the movie is the fictional Neverland, the director gets to stretch his imagination and deliver a highly imaginative and wild take of Neverland like never before.

The use of the Phantom Flex camera can be seen in the heavier VFX-laden scenes, as those are the scenes where the high-speed camera can genuinely shine – and it does. The film stars Hugh Jackman as Blackbeard, Rooney Mara as Tiger Lily, Garrett Hedlund as Hook, and Levi Miller as Peter Pan.

This underrated action-adventure film starring Samuel L. Jackson as the president of the United States who gets stranded in the vast wilderness of Finland with only a local boy, Oskari (Onni Tommila), as his hope for survival is a fun popcorn movie.

Since the setting is in Finland, what better way to capture the unique pristine wilderness of the country than with some impressive video recording equipment, one of which is the Phantom Flex, primarily used during the action scenes.

How Much Does a Phantom Flex Cost?

Why Are Phantom Cameras So Expensive?

The answer is pretty simple, this camera is cutting-edge technology, and its ultra-high performance and slow-motion capability require a custom chip to keep up with the data being produced per second.

What is the Cheapest Phantom Camera?

Where to Buy a Phantom Flex Camera?

You can purchase Phantom Flex cameras from legit online stores such as PhantomHighSpeed, AbelCine, or eBay for those looking for more affordable second-hand units.

Where to Rent a Phantom Flex Camera?

A more practical and affordable alternative is renting a Phantom Flex camera. However, rent will still cost over a thousand bucks, which is far cheaper than spending a hundred thousand grand. Interested filmmakers can rent their Phantom Camera at PhantomHighSpeed, Camaleon Rental, AbelCine, and Remedy Rentals.