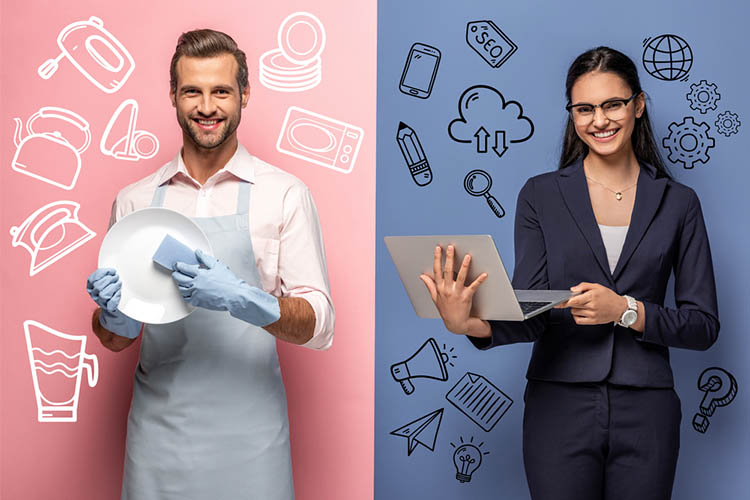 Gender stereotypes have pretty much been the norm in most films for decades. However, several films break away from these stereotypes. These movies deliver iconic fictional characters that are the antithesis of what is commonly perceived as the norm. Movies that effectively defy gender stereotypes can help open up ideas for younger children. A concept of anyone can be what they want, regardless of their gender.

With that said, here are the best movies that challenge gender stereotypes with outstanding results.

The 1998 animated Disney classic is one for the ages and is among the first films that introduced a female action lead to an entire generation. Mulan is based on a famous Chinese folktale about a young woman who entered the army posing as a man to protect her ailing father from serving in the war. Mulan (voiced by Ming-Na Wen) proved to be a skillful fighter and eventually managed to save the empire from the invading Huns.

Mulan also tackles gender stereotypes head-on, which can assist younger viewers with developing a more open mind regarding such matters. The beloved animated film features some amazing action set pieces, but it also offers several catchy songs and memorable characters such as Mushu (Eddie Murphy), Mulan’s hilarious dragon friend. Unfortunately, there is an inferior 2020 live-action remake, but 1998 original is still the best adaptation of the classic Chinese tale of bravery.

Disney’s tangled flips the classic fairy tale of Rapunzel on its head by changing the titular character from the typical damsel in distress to a more independent and fiery lady. The movie is a reimagining of the classic fairy about Rapunzel (Mandy Moore), who is a young girl trapped atop a stairless tower. Rapunzel’s exceptionally long hair is the only way anyone can get in and out of the tower.

The 2010 CGI animated film adds more to the story and turns Rapunzel into more than just a lady in need of saving. In fact, instead of a prince who will come and save her, the movie again flips the story and puts a runaway thief named Flynn Rider (Zachary Levi) in the role of would-be savior. Rapunzel also proves to be a much more capable fighter than Flynn, who mainly uses his wit to escape danger.

Tangled is a fun take on the story of Rapunzel and can even be debated as better than the original story itself.

The film centers around female soccer while balancing themes such as racism, differing cultures, and the divide between the old and new generations. Despite being a film from the early 2000s, Bend It Like Beckham is still relevant today, and the movie holds up.

The movie follows the story of Jess, an Indian immigrant living in London who dreams of becoming a professional soccer player like her idol, David Beckham. However, India is steep in tradition, so Jess will need to contend with her family’s wishes of sticking to their traditional values, which means dropping her passion altogether.

Bend It Like Beckham touches upon genuine issues that most will be able to relate to, even more so today than when it was released. From cultural divide, racism, and sexism, this movie handles such heavy topics with sensitivity and a dash of optimism.

As part of the DC Trinity alongside Superman and Batman, Wonder Woman certainly breaks all the gender stereotypes considered on par with her other super-popular comic book allies. The 2017 movie stars Gal Gadot as the titular superheroine and nails the part on all fronts.

Wonder Woman is a perfect role model for young girls with her smarts, strength, and beauty. The film showcases these traits perfectly and even plays up the role switch with humor as Wonder Woman always tends to save his male allies during fights.

The movie focuses on women’s empowerment and does so in such a manner that it does not appear preachy or condescending. Wonder Woman is a fantastic superheroine film for everyone, and the charming Gal Gadot displays both vulnerability and toughness as the titular Amazonian princess.

Little Women is based on the classic 1868 novel by Louisa May Alcott and has been adapted to film and TV numerous times. However, the 2019 movie adaptation will be the version included in this list as it is the most polished and well-acted of the bunch.

The movie is set in 1800s America and follows the story of Josephine “Jo” March (Saoirse Ronan), who goes against what is expected of ladies back in the day. Jo is more comfortable wearing slacks than dresses and prefers writing over common lady-like activities.

Jo faces hardships on her journey to being a recognized author as she is never taken seriously by her male peers. However, she managed to succeed and have her story published over time. Despite being a story from centuries ago, Little Women is quite relatable to many, even in today’s society, as being ostracized and discriminated against are problems that are still prevalent. Little Women is a trailblazer in stories that depict characters that defy gender stereotypes.

While the main character of the series is the titular Boy Who Lived, one cannot deny the importance of Hermione Granger (Emma Watson) to the trio. Hermione saves the day in almost all of the films whenever Harry (Daniel Radcliffe) gets stumped and doesn’t know what to do. In most cases, it is always Hermione that comes up with the plan to save the day.

Hermione is a character that pretty much breaks away from the stereotype and not just being the “love interest” in the story. Instead, Hermione Granger is a decisive, intelligent, and courageous character that goes up against the face of discrimination.

Similar to the previous entry, while the main character of this movie is Max Rockatansky (Tom Hardy), it is undeniable that Furiosa (Charlize Theron) is on equal footing in terms of importance to the plot. In fact, the movie primarily focuses on Furiosa’s journey of escaping the tyrannical rule of Immortan Joe (Hugh Keays-Byrne) and saving the tyrant’s five wives by helping them flee the Citadel.

The film also shows a pretty intense fight scene between Max and Furiosa, who barely get the upper hand against each other. Furiosa is also a noble warrior, and while Max is honorable in his own right, he is more unhinged between the two.

The Hunger Games is a film series based on the book of the same name and follows the struggles of Katniss Everdeen (Jennifer Lawrence), who stars as a tribute to a sadistic survival game, but slowly grows into the figurehead of the rebellion against an oppressive regime.

Katniss, throughout the films, transforms from an unsure young woman whose only goal is to survive to the leader of a revolution. She is one of the fiercest warriors in the movie and does not falter in achieving her goals, which revolve around the people she loves.

Unlike most movies in this genre, Katniss offers something a bit more unique to her male counterparts – compassion and vulnerability mixed in with her courage and skill.

The 2018 Halloween film is a reimagining and pseudo-sequel to the original 1978 original and completely drops the previous sequels from its continuity. It also reverses the typical cliché of the slasher genre with the helpless “Final Girl” trope and instead transforms its Final Girls (yes, plural) into capable survivors who are willing to fight tooth and nail.

The movie is set four decades after the events of the first Halloween film and follows Laurie Strode (Jamie Lee Curtis), who now has PTSD. However, instead of living in fear, Laurie became obsessed with preparing for when the enigmatic serial killer, Michael Myers, returns to finish the job.

Halloween (2018) is not the usual “cat and mouse game” between killer and survivor but is more of intense chess between the sadistic Michael Myers and Laurie. Nevertheless, the film delivered some welcome surprises by subverting audiences’ expectations with satisfying results.