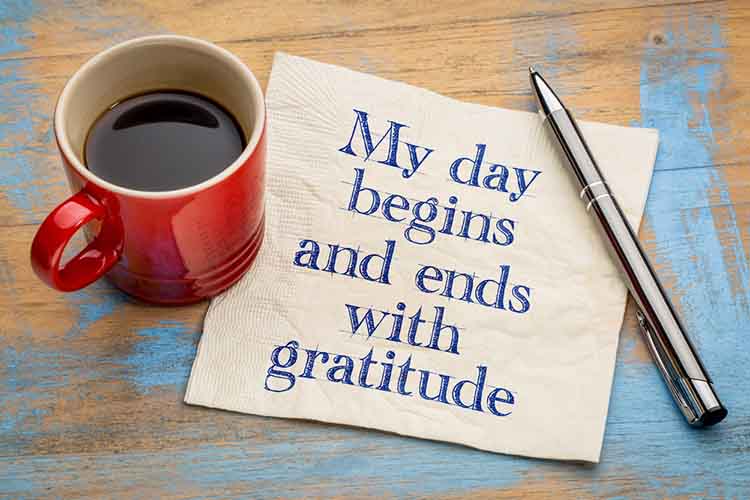 Motivational films are always a great way to uplift one’s spirit and teach younger audiences the value of good moral character. One such positive emotion is gratitude which is a state of being thankful or appreciative. Such a feeling can elicit a positive mental state and the desire to return the kindness to others or “pass it forward.”

This positive emotion holds a lot of weight in society and can elevate people to be better individuals. As such, it is an outstanding concept to teach kids. With that in mind, below is a compilation of films with themes that revolve around gratitude.

If you are up for some “feel good” movies to brighten up your life, check out the films listed down below and queue them up on your streaming service of choice.

Movies That Feature Gratitude as its Main Theme

While the theme of gratitude is not exactly front and center in this family comedy about a mother and daughter switching bodies, a deeper dive into its themes will prove this point. The movie stars Jamie Lee Curtis and Lindsay Lohan as Tess Coleman and Anna, respectively.

As with some families, mother and daughter’s personalities clash, leaving their relationship quite strained. For example, Tess Coleman is a therapist with a confident yet self-righteous attitude. On the other hand, Anna is an aspiring musician and has a more free spirit and rebellious streak.

After receiving a fortune cookie, Tess and Anna discover that they have somehow switched bodies the next day. Hilarity ensues as the mother and daughter try to get by the day. The film is about putting yourself in the other’s shoes, or in this case, body. The message of broadening your understanding is something most will benefit from today, to be honest.

Another theme of Freak Friday is gratitude for our lives and the sacrifices our loved ones make to ensure a comfortable and safe lifestyle.

A classic family movie from the 40s, It’s a Wonderful Life has become a staple Christmas movie which makes perfect sense given its themes of gratitude. The film is about businessman George Bailey (James Stewart), who is going through a rough life patch.

Bailey is quite a selfless character and has devoted himself to serving the people of Bedford Falls. However, when his uncle accidentally misplaced a considerable amount of money from his business, Bailey realizes that this could lead to him losing his company and even going to jail.

Utterly heartbroken, Bailey contemplated suicide, thinking his family would be better off without him. Finally, however, an angel appears and shows the dejected George what the life of others would be if he were never born.

The film is an uplifting story of how one’s kindness dramatically affects the people around them. Bailey sees that his actions did make a positive change in the world and, as such, becomes thankful for his life and resolves to continue helping others.

From one staple holiday season movie to another, this time around, we join the iconic Peanuts gang for their celebration of Thanksgiving. In this classic Charlie Brown adventure, the crew invites themselves to Charlie’s Thanksgiving dinner without Charlie’s approval.

This makes Charlie anxious as he is not good at preparing meals. So, along with Snoopy, Linus, and Woodstock, the young Charlie Brown attempts to throw a nice Thanksgiving party for his friends.

As this animated television special is set during Thanksgiving, the main plot revolves around gratitude. Being thankful for what we have, our family, and our friends and treasuring every moment is a lovely heartwarming tale to accompany the family during this season.

Coraline is a stop-motion dark fantasy film about a young girl who gets transported to a different world ruled by a creature who presents itself to Coraline (Dakota Fanning) as the Other Mother. The movie introduces Coraline as a frustrated young girl due to her parents being too busy with their work to the point of her parents having no time for her.

Bored and upset, Coraline inadvertently stumbles into a world that seems to be made for her. Here, she meets her Other World parents, who are the opposite of her real parents. In this strange Otherworld, her creepy button-eyed parents always aim to satisfy her every whim. However, this turns out to be a ruse by her Other Mother, a spider-like creature called the Beldam.

The film touches upon the expression, “Be careful what you wish for as you might just get it.” As well as being thankful and cherishing what we have today. At the start of the film, Coraline is somewhat selfish in wanting to get her parents’ attention, but this could have also been caused by her dissatisfaction with the current state of her mundane family.

By the film’s end, though, Coraline and her parents learned the value of appreciating each other and treasuring every moment together. The film is an excellent movie about the intricate relationship between parent and child and the ups and downs of such a strong bond.

The beloved tale of the little pig that could, Babe, is a perfect family bonding film filled with lessons about respect, overcoming prejudice, and gratitude towards others. Babe (Christine Cavanaugh) is a pig that wants to be a sheep herder and has a talent for it.

However, the farm they are in all adheres to a traditional hierarchy, each restricted to playing their part. Babe initially faces resistance and ridicule from the other farm animals, especially Rex (Hugo Weaving), the farm’s border collie and primary sheepherder.

Babe does find some support from Fly (Miriam Margoyles), Rex’s mate, and the gentle farm owner, Arthur Hoggett (James Cromwell), who believes in the pig despite everyone’s protest. Can Babe prove himself worthy of his dreams and prove that preconceived social norms cannot weigh one down? Well, he needs to as farmer Hoggett decides to enter him in the local sheep herding competition.

The movie, as stated earlier, teaches many moral lessons that will undoubtedly inspire those who watch it to pursue their dreams, gratitude, and faith in others.

The Blind Side is a drama film based on the true story of professional football player Michael Oher (Quinton Aaron). The film highlights issues about poverty and how it unfairly limits one’s opportunities in life.

The movie also inspires gratitude to those who will go out of their way to help others, as is the case of Leigh Anne (Sandra Bullock) and Sean Tuohy (Tim McGraw), who helped the then-homeless teenager, Michael Oher achieve his dreams by giving him a home, treating him as family, and supporting his studies.

Michael Oher then qualified for an athletic scholarship and became the first pick of the Baltimore Ravens during the 2009 NFL draft.

Yet another Christmas classic cracks this list with the beloved a1960s animated special, How The Grinch Stole Christmas. The story tells the tale of the titular character, The Grinch, a green-furred grumpy creature who despises the joyful people of Whoville.

Determined to ruin the Christmas celebration of the townsfolk, Grinch decides to steal all the presents on Christmas Eve to ensure that everyone in Whoville will have a sad Christmas. However, as dawn breaks, the people of Whoville start celebrating the joyous occasion instead of crying.

The Grinch realizes that Christmas is not just about material things but something more. Therefore, gratitude is one of the main themes of the Christmas season. Being thankful for one’s family, having good health, a roof over the head, or the simplest things are enough to be grateful and happy.

This 1968 musical period drama based on Charles Dicken’s novel, Oliver Twist, holds a special place in most people’s hearts. This film is considered the best adaptation of the classic novel, Oliver! follows the story of the titular young orphan boy. Oliver runs away from the orphanage and finds himself with a group of pickpockets.

The film doesn’t shy away from the hardships that the less fortunate and impoverished will endure daily. Despite the somewhat bleak premise, Oliver! still introduces hope, empathy, courage, perseverance, and compassion as its primary themes.

The movie also has one of the dastardliest villains to ever stalk the silver screen in the form of Bill Sikes (Oliver Reed), whose depiction of the ruthless burglar is reason enough to watch the film.

This classic anti-war movie that won 7 Oscars exudes messages about honor, duty, and idealism. However, the Bridge on The River Kwai, despite being set during World War 2, also brings a message of gratitude for the gift of life.

The movie follows Colonel Nicholson (Alec Guinness), a British POW in a prison camp in Thailand who becomes obsessed with creating the titular bridge that it clashes with his morality. While the central theme of the film focuses on Nicholson’s sense of duty to the point of madness as he views the bridge as a symbol of British determination and ingenuity, despite knowing it will be used to the benefit of the enemy.

One particular moment of the film also highlights the importance of living and being grateful for every day given to us in this world. Something that has been lost to other characters of the movie due to being desensitized by the violence of war.

While every Pixar movie teaches numerous moral lessons, it is Inside Out, wherein gratitude is one of the main themes. The film is about a young teenage girl named Riley (Kaitlyn Dias) who is going through a tough part of her young life when she and her family move to San Francisco.

Everyone can relate to Riley’s situation, moving to a new place, leaving all your friends behind, and experiencing loneliness like never before in this new, unfamiliar place. This mental strain causes some problems with her emotions which are hilariously personified in her head with Joy (Amy Poehler) leading the group, which consists of Sadness (Phyllis Smith), Anger (Lewis Black), Disgust (Mindy Kailing), and Fear (Bill Hader).

To help Riley cope with the stress, Joy decides to help by focusing on keeping the girl’s mental state happy. First, however, as the movie will point out, we must embrace and be grateful for all the memories that we have, both happy and sad ones.

The sadness that individuals experience can help cope with disappointment and heartache; it will also make the happy memories even brighter. Every memory counts as these are what makes people who they are.