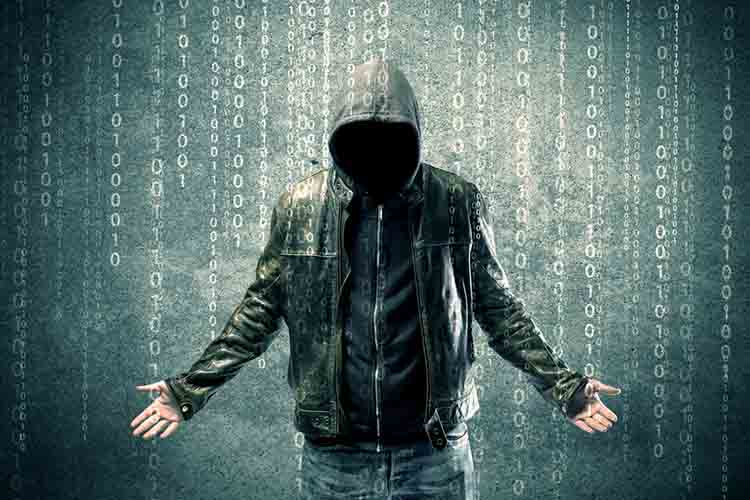 An antagonist is a character written and designed to oppose the story’s protagonist. Typically, this type of character is often painted as being evil for the sake of being evil. However, the bad guy is there so that the audience can gravitate towards the movie’s main character and give people something to look forward to, i.e., the antagonist’s comeuppance.

However, some films blur the lines regarding the definition of an antagonist. These movies feature “bad guys” that kind of makes sense with their agenda. While not precisely virtuous in the traditional sense, these antagonists straddle the gray line between good and evil, making some lean towards them instead of the protagonist.

8 Movies That Make You Root for the Bad Guy

While we can also go with the original X-Men trilogy, First Class manages to fully dive into the motivations of one of its most popular characters and bad guys, Erik Lensherr, a.k.a. Magneto (Michael Fassbender). Erik Lensherr is a complicated character and is not an antagonist in the traditional sense of the word.

While Magneto and Professor X clash with their methods, their goals are the same – mutant freedom and prosperity. Unfortunately, in the world of X-Men, mutants are feared and ostracized for being different, basically the equivalent of racism and bigotry in the real world.

Additionally, Erik Lensherr is a holocaust survivor, further deepening his hatred of the slightest hint of oppression. He has also witnessed firsthand the worst of humanity, so it is entirely understandable that he reacts with extreme prejudice against the slightest signs of history repeating itself.

Magneto is a complex character that hopefully returns to the MCU moving forward, as his clash of ideology with Professor X is still relevant today.

Law Abiding Citizen is an action thriller film that follows the story of Clyde Shelton (Gerard Butler), who goes on a vigilante killing spree that targets the people who killed his family and everyone else connected to the flawed justice system that failed to give him justice.

Another complex character, Clyde, is a sympathetic individual whose plight is something everyone can relate to. After losing his entire family and learning that the justice system’s loophole allowed one of the killers to escape punishment in exchange for testimony, Clyde cannot be faulted for going over the edge.

His methods do cross the line as his vengeance completely consumes him and causes the deaths of even those not directly responsible for his family’s death. However, what can one expect from someone who has literally lost everything he holds dear and is failed by the system he trusted to give him justice?

Zack Snyder’s live-action adaptation of Alan Moore’s highly celebrated and award-winning graphic novel is as faithful an adaptation could be. The movie is a must-watch with complex characters and plots with more twists and turns than a pretzel.

The movie also holds two distinct characters that both thread the edge of good and evil; we are, of course, talking about The Comedian (Jeffrey Dean Morgan) and Ozymandias (Matthew Goode). While Edward Blake, a.k.a. The Comedian, is generally portrayed as an amoral cynic and all-around despicable human being masquerading behind the mask of justice. However, as the movie goes on, we learn more about the conflicted human being underneath.

There is also Adrian Veidt, a.k.a. Ozymandias, whose goals are generally for the good of humanity, but his methods call for him to execute unspeakable horrors. Ozymandias is a fascinating character; as the “Smartest man in the world,” he has trouble relating to humanity. He is primarily concerned about securing the future for humankind, and he will achieve this by all means necessary.

At the end of the film, audiences may not approve of Ozymandias’ actions, but one cannot refute that he technically achieved his goals and united the world.

It is hard to root for a complete psychopath like The Joker, but The Dark Knight managed to get a good chunk of the audience to see the world from the demented Clown Prince of Crime’s eyes. While there is nothing to condone about The Joker’s actions in the film, played outstandingly by the late Heath Ledger, there does appear to be a method to his madness.

Rather than being portrayed as simply a maniacal sociopath, Christopher Nolan and Heath Ledger opted to represent this version of The Joker as an anarchistic mirror of society. He isn’t in league with the mob as he sees everyone, except for Batman, as being pawns in his game.

By the end of the film, The Joker proved his point that anyone can be dragged down to his level by having “one bad day.” Alas, Batman and Gordon needed to create an elaborate lie to stop Joker’s master plan from coming to fruition. Joker proved his point and forced Batman to use deception to prevent further damage caused by Joker’s actions.

The MCU is starting to have a monopoly on its sympathetic villains, and one of their best is Erik Killmonger (Michael B. Jordan) from Black Panther. Killmonger’s actions are debatably reasonable based on what happened during his childhood. Killmonger basically is the legitimate heir to the throne of Wakanda.

While T’Challa (the late Chadwick Boseman) is a rightful ruler, Killmonger believes that Wakanda should not remain separated from the world and only watch as their people are mistreated outside. What separates T’Challa and Killmonger is compassion. T’Challa decides to choose a more peaceful path, while Killmonger is ready to utilize force if need be.

Still, Black Panther and Killmonger are the perfect examples of the protagonist and antagonist being two sides of the same coin. Both have goals that align with each other, but their methods are opposite. For some, Killmonger’s ways might be the only way to induce change, but the path of righteousness is never an easy journey which is why T’Challa will always be the rightful king.

Who cannot relate to an employee who gets shafted and thrown out like trash by their boss when things go wrong? Well, that is basically what happened to Silva (Javier Bardem) in Skyfall. While his path to revenge is not something within the range of being acceptable, that is what happens to someone after failing to kill themselves with a cyanide capsule.

Silva’s goals are understandable to some extent as he was left for dead and made to endure months of torture before trying and failing to kill himself, leaving him disfigured both physically and mentally. Of course, audiences will still generally root for James Bond, but one cannot deny that a small part of them wishes that Silva gets a bit of justice thrown his way and not just the knife that Bond threw at his back.

Possibly one of the best modern villains in recent memory, Thanos debuted as what appears to be your typical bad guy bent on domination. As the MCU movies progress, though, audiences are given bits of information about the Mad Titan and his goals.

When Infinity War rolled into theaters, we got the complete picture of Thanos. While he is undoubtedly a tyrant with no qualms about killing millions, his goals have always focused on the survival of life in the universe as a whole.

He believes that the universe’s resources are finite, and if life is left unchecked, there will come a day that life itself will not be able to thrive anywhere. This idea was implanted into Thanos by his own experiences in his ruined home world. So, in a somewhat twisted way, he decided that the best way to ensure that life will continue to flourish is population control in its most extreme form.

In screenwriting, the best type of villain believes with utter conviction that what they are doing is right. That is Thanos to the letter. An antagonist who wholeheartedly believes that he is in the right, whether the majority of the universe agrees or not. In a way, Thanos’ determination and willingness to sacrifice everything to accomplish his mission is something anyone can respect. Oh, and he even achieved his goals by the end of Infinity War. Are there any other villains claiming they won hands down at the end of the movie?

One cannot have a list of the best movie villains without including Roy Batty (Rutger Hauer) from Blade Runner. A definition of a tragic villain, Batty is a replicant or bioengineered human built to serve humans. Unfortunately, replicants also have a severely finite lifespan, and when Batty starts pondering the reason for his existence, he begins developing a very human desire, the desire to live free.

Now, on the run from Rick Deckard (Harrison Ford), a Blade Runner tasked with tracking down and “retiring” them, Batty goes through violent means to survive. Batty’s speech at the end is a perfect bookend to the character’s brutal life and makes audiences second guess who they should have rooted for in the film.