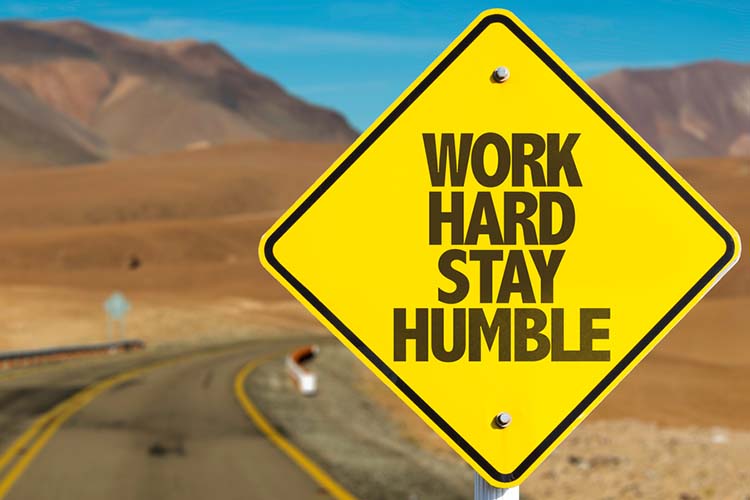 Movies are not just vehicles to entertain; they can also be used as tools to educate and teach. Films with a positive message are essential for younger viewers as their values are still being molded. One of the core values that are important to embed in the mindset of the audience is humility. Fortunately, there are a bunch of films out there that highlight this particular value and showcase how essential this quality is as both a personal trait and in society, in general.

The 1991 Disney animated classic, based on the 1700 French fairytale of the same name, is ripe with several moral lessons to teach to its younger audience. While the most prominent message in Beauty and the Beast is valuing inward traits more so than superficial qualities, another lesson it teaches is humility.

In the movie, the character of the Beast is a handsome prince cursed with his monstrous appearance due to his lack of empathy, vain, and selfish behavior—making his outward appearance better reflect his personality. The curse forced Beast to learn about humility and kindness to others. These lessons also helped Belle fall in love with him, despite his beastly visage, finally breaking the curse.

Beauty and the Beast is a beautifully animated film with lessons to impart to its young audiences. It is undoubtedly one of Disney’s must-watch films, with the 90s original being the superior version to the live-action adaptation.

The LEGO Batman Movie is a CGI comedy-adventure spinoff film of the blockbuster LEGO Movie. This time around, the story focuses on the miniature version of The Dark Knight (Will Arnett) as he faces the biggest threat he has ever faced, himself.

The movie shows LEGO Batman as a childish loner with a superiority complex who refuses to acknowledge and accept help from anyone. Throughout the film, LEGO Batman slowly realizes that he cannot save Gotham on his own, and he needs friends to help him break through his limitations.

Along with his loyal butler, Alfred Pennyworth (Ralph Fiennes), Robin (Michael Cera), and Batgirl (Rosario Dawson), LEGO Batman will learn the importance of being humble and how family and teamwork are essential in achieving success.

The first Thor movie from the MCU might be the weakest of the series, but the film manages to paint the lessons and trials that the God of Thunder went through to become the hero he will become. At the start of the film, Thor (Chris Hemsworth) is shown as a cocky, selfish, hot-headed warrior who only strives for the glory of battle, indifferent to others.

Due to his reckless and bloodthirsty mentality, his father Odin (Anthony Hopkins) strips Thor of his godly powers and powerful weapon, Mjolnir, and casts him down to Earth. Thor will meet up with several humans he initially deems beneath him, learning their way of life and specific fundamental values.

By the end of the film, Thor becomes once again worthy of wielding Mjolnir and understands the true meaning of being a righteous king and the true spirit of a hero.

Another Marvel superhero that learns about humility is Dr. Stephen Strange (Benedict Cumberbatch). His journey to becoming the Sorcerer Supreme is a harsh and painful one. Before his training in the mystic arts, Stephen Strange was one of the most successful and celebrated surgeons in the medical world. However, while Strange may have saved dozens of lives, he is primarily interested in his reputation deep inside.

Highly intelligent but equally arrogant, Strange’s world comes crashing down after he is involved in a horrific car crash that destroys his ability to practice his profession. In despair and slowly pushing away the woman he loves, Dr. Strange travels to Kamar Taj in hopes of treating his injured hands.

However, he learns something else entirely in Kamar Taj. His journey towards his destiny and a more significant role in the machinations of the universe will have him let go of his ego and learn the importance of selflessness and humility.

The animated movie that started the CGI revolution, Toy Story, was undoubtedly a trailblazer in the film industry. It managed to take full advantage of the relatively new computer-generated animation technology; it does so with amazing results.

Toy Story focuses on friendship and acceptance as its core message as a family film. It also touches upon humility, which is the primary lesson that Buzz Lightyear will learn by the end of the film. During the film’s first act, Buzz Lightyear is a rad bit overconfident. This overt self-confidence can also be a negative trait, though, as Buzz fails to see his limits, leaving him in a broken state, both physically and mentally. Humility is also a lesson learned by Woody during the movie as well.

Similar to other protagonists with a similar character arc, Buzz will learn the importance of teamwork and humility. Buzz understands that he alone cannot save the day all of the time. Understanding his limitations and being humble in the face of adversity is a lesson that Buzz will take to heart by the end of the first movie.

This classic Christmas story from author Theodor “Dr. Seuss” Geisel is a staple during the yuletide season. Whether it is the original book, the animated films, or the 2000 Jim Carrey live-action adaptation, the core message remains pretty much unchanged.

There are many lessons in The Grinch, such as kindness, acceptance, compassion, empathy, and humility. This classic Christmas story is an enjoyable watch, but it also comes with positive messages that will be essential for young audiences to grasp.

The Jim Carrey live-action adaptation is at the top of the recommendation list due to the actor’s signature brand of physical comedy, which perfectly fits the sour grape green-furred titular character. Also, lessons are learned from both sides, which is a great way to introduce children that not everything is strictly black and white.

Another beloved children’s film that tells the story of Wilbur, the pig. Wilbur is a farm animal who learns about what happens to them during the winter, which is being slaughtered for food. Understandably afraid, Wilbur is approached by a kind lady barn spider named Charlotte (Julia Roberts), who promises to save Wilbur.

Charlotte hatches a plan to save Wilbur from being slaughtered in winter by spinning words on her web, which makes the farm owner believe that Wilbur is no ordinary pig. One of the words that Charlotte spins on her web is “Humble.” This word is more of a description of Charlotte, though, as she uses her unique skill and intelligence to save the life of the other, not concerned about her own.

Charlotte’s humility is something people need to strive for; she doesn’t want any prizes or recognition. Only the desire to help someone in need is more than enough for the talented barn spider.

The 2004 hit teen comedy film Mean Girls touches upon several messages such as anti-bullying, acceptance, and being true to yourself. Starring Lindsay Lohan as Cady Heron falls into the crosshairs of school “queen bee” Regina George (Rachel MacAdams) by falling for her ex-boyfriend Aaron (Jonathan Bennett).

Regina makes high school life quite difficult for Cady, who decides to fight back against Regina and her posse of mean girls by being one herself. A perfect example of humility comes near the movie’s end when Cady wins the “Prom Queen” crown and addresses her fellow students about how meaningless the crown is in the bigger picture of their lives. She ends her speech by stating that everyone deserves a piece of this crown which is her way of making it a symbol of equality and humility.