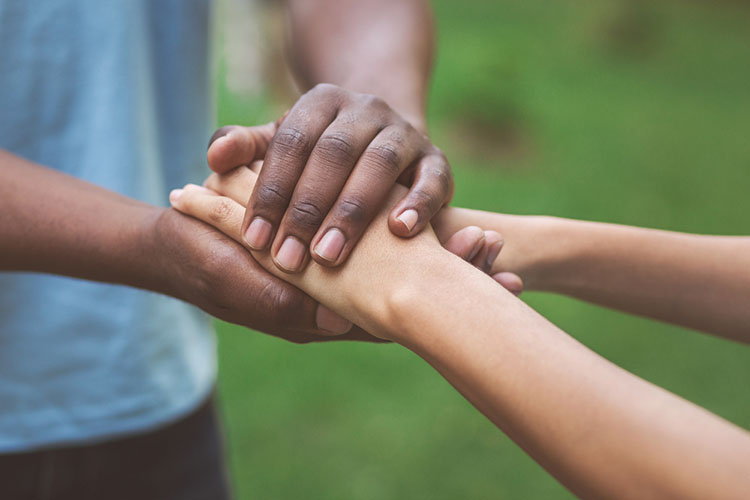 Humans — especially children — are visual beings. The old adage that “a picture is worth a thousand words” means that the engaging visual aspects of movies make them an appealing way to naturally teach kids important qualities such as empathy and kindness.

Empathy and kindness go hand in hand. True empathy involves understanding the experiences and feelings of others and imagining how other people feel. Kindness then motivates a person to act accordingly and treat others how they would like to be treated.

The films in this list give strong examples of what empathy and kindness really are and how to show these qualities to others. What’s more, the happy endings for the main protagonists show the positive results of being a caring and empathetic person.

“Inside Out” follows 11-year-old Riley, a midwestern girl whose internal world is turned upside down when her parents suddenly decide to move to San Francisco. Most of the film takes place within Riley’s mind — an internal landscape where her emotions are depicted as literal characters in the movie.

The plot illustrates how emotions, memories, experiences and personality traits all intertwine to form an individual’s character. A perfect demonstration of showing true empathy comes when Sadness, one of Riley’s main characterized emotions comforts another character by patiently listening to them.

All of these things make for a beautiful example of portraying empathy in a way that children can easily understand.

Based on the book series of the same name, “The Neverending Story” is the first English-language film that was directed and co-written by German screenwriter Wolfgang Petersen.

The story revolves around a boy named Bastian who stumbles across a special book that takes place in a fantasy world. This book chronicles the journey of a young boy who must prevent the Nothing, a sort of vague dark force, from overtaking the book’s magical world of Fantasia.

The book’s protagonist meets diverse creatures along the way that show kindness by helping him. Because Bastian is totally engrossed in the story and mirrors the emotions of the protagonist, the entire movie exemplifies how reading books create empathetic thinking patterns.

“The Emperor’s New Groove” is a Walt Disney animation that takes place in the ancient Incan Empire. A young, prideful emperor named Kuzco is accidentally transformed into a llama by his former employee, Yzma. In order to get back to his regular human form, Kuzco must accept help from a humble village leader, Pacha.

This simple yet effective storyline is coupled with self-aware humor and witty dialogue, which makes it an engaging watch for both children and adults.

Centered around an elderly widower named Carl and a young “wilderness explorer” named Russell, “Up” is an animated film produced by Pixar Animation Studios. To fulfill a long-awaited promise that Carl made to his late wife, Carl and Russell end up traveling to South America in a house powered by thousands of colorful balloons.

In just the first few minutes of the film, the beautiful storytelling and moving soundtrack paint such a powerful picture of love between Carl and his wife. If this infamously heart-breaking scene doesn’t inspire empathy, nothing else possibly could.

Carl and Russell also find common ground as the story progresses and by the end of the film, the audience sees how to forge an endearing friendship despite perceived obstacles such as big age gaps.

Based on the true story of Herman Boone, this biographical sports film revolves around a football team led by a recently hired black coach that must work with another successful white coach.

As the black and white players train together, they learn to trust each other and work as a team. In turn, the changed attitude of the players inspires both the coaches and the people of the town to be more open-minded and accepting of others.

The resulting harmony and victories of the team teach crucial lessons about being considerate and understanding towards everyone, regardless of their race.

“The Iron Giant” is an animated science fiction film set in 1957 that stars celebrity giants like Jennifer Aniston and Vin Diesel as voice actors.

When an extraterrestrial metal giant appears on Earth and is found by a curious nine-year-old boy named Hogarth, an endearing friendship between them ensues. Set in Maine during the Cold War, the prevailing attitudes of skepticism and xenophobia of the time leads a U.S. government agent to hunt down the Giant.

Being 50 feet tall and unable to speak intelligible language, the tale of their friendship highlights the importance of being compassionate and understanding towards people — or robots, in this case — who are different.

Produced and released by Walt Disney, this animated motion picture centers around Stitch, a mischievous alien “puppy” who crash-lands on Hawaii and soon gets adopted by Lilo, a little orphaned girl. Lilo and Stitch bond over their mutual odd-ball nature and loneliness.

The relationships between Lilo and Stitch, and between Lilo and her elder sister Nani, show the importance of loyalty, kindness, friendship and family. The well-known quote from the movie, “Ohana means family. Family means nobody gets left behind or forgotten,” perfectly summarizes the main essence and theme of this animation.

In this science fiction thriller directed by Denis Villeneuve, Amy Adams stars as Louise Banks, a linguistics professor, who must aid a team of scientists investigating 12 mysterious space crafts that land on Earth. Louise is tasked with finding a way to communicate with the aliens that have arrived.

The themes of renouncing an “us-versus-them” mentality and being open to work with everyone are shown in how the main character patiently learns to communicate with the “arrivals.”

Although this film features more complex concepts in comparison to the other films on this list, “Arrival” has many powerful messages about the principles of good communication that mature children around the age of 10 would be able to grasp.

Based on an inspiring true story, this drama premiered at the 2019 Sundance Film Festival. “The Boy Who Harnessed the Wind” is set in a poverty-stricken village in Malawi and focuses on William Kamkwamba, a talented teenage boy who likes to fix electronics and study electrical engineering in his free time.

To rescue his village from drought and famine, William creates a prototype of a windmill. With the help of his family and fellow villagers, he eventually constructs a full-size windmill that allows them to have successful crops.

This story beautifully depicts how using one’s talents, time and energy to help others leads to a sense of true fulfillment and happiness.

1994’s “Little Women” is a historical drama film based on Louisa May Alcott’s novel of the same title. The novel has been adapted into film many times, such as the more recent 2019 version. All of the adaptations tell the same endearing story, but the exceptional acting and soundtrack of the 1994 version have made it a fan favorite.

Set in the 1860’s, it follows the four sisters of the March family as they confront the challenges that warfare, personality differences and day-to-day life bring. Each of the four have distinctive personalities — responsible Meg, feisty Jo, thoughtful Beth and ambitious Amy.

Throughout the film, all of the characters earnestly help and support each other in many touching scenes such as this one, and the charming narrative of friendship, love and self-sacrifice showcases the importance of kindness and empathy — especially within family settings.