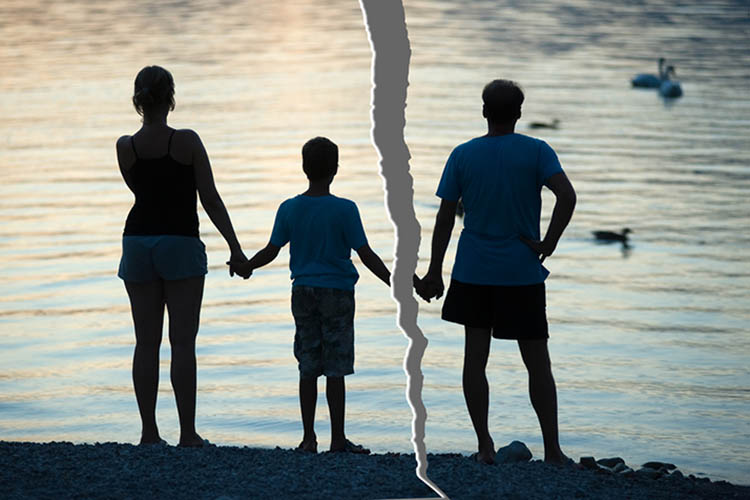 Divorce is a stressful situation that nobody would ever wish to go through and is even worse for children. Kids will usually have a hard time grasping the circumstances of this process, leading to varying degrees of coping mechanisms. However, the child’s coping mechanism will typically be negative in most cases. Also, divorce can lead to a long-lasting effect on the child’s psyche that, if left unchecked, might cause future relationship problems.

That said, here are films that can help children better understand divorce and assist them in moving forward from this terrible section of their lives.

Widely considered a classic children’s movie from the 90s, Mrs. Doubtfire stars the late Robin Williams as the titular housekeeper. The film has William’s character Daniel Hillard don an old woman’s disguise in order to spend more time with his kids after his divorce.

The film carefully tackles the concept of divorce and does not make light of the situation. Instead, it shines a light on the adverse effects that it has on all those involved. Still, the film makes sure that it delivers a heartwarming tone and a positive message once the credit rolls.

Mrs. Doubtfire is one of the best movies for children that can help them understand the gravity of couples in the process of divorce. The film also highlights the importance of communication in overcoming specific issues. Overall, this movie offers insight into divorce with sensitivity and care for the touchy subject matter.

There are two versions of this family comedy, the original 1961 version and the 1999 version; this entry is the 90s version. The 1999 version of the film is far more famous and still holds up over two decades later. The film is about twins separated at birth by their divorced biological parents.

Meeting each other by chance and learning the truth, the twins concoct a plan to get their stubborn parents back together and finally enjoy being a complete family. The desire of the twins to have their parents get reconciled is a wish that most children in a broken family have. The Parent Trap also teaches the importance of trust and honesty in every relationship.

This film offers a more realistic look at the effects of divorce. The Pursuit of Happyness is a drama film based on the memoir of Chris Gardner, played in the movie by Will Smith. The film is an emotional, often heartbreaking, look into a father and son’s plight.

However, the movie never forgets its central message of love, commitment, and determination as we see the father doing everything he can to make sure that he will be able to take care of his son. The film does not shy away from the harsher realities of life and doesn’t sugarcoat any of the challenges that Gardner and his son face.

Still, it leaves audiences with hope as the father and son manage to overcome all the hardships with the help of each other; an excellent lesson to teach younger audiences who are also going through similar tribulations.

The 2006 fantasy comedy might be an odd entry into this list, but Night at the Museum does feature a divorce subplot which is one of the main characters driving forces in the movie. Night at the Museum stars Ben Stiller as divorced father Larry Daley, who accepts a job as a night watchman in a museum to provide for his son. But, unbeknownst to him, the museum holds a secret in that all of the exhibits come to life when the sun goes down.

Night at the Museum shows but does not focus on divorce’s impact on a family, especially with the child. The film also shows the intricacies of divorce and can enlighten children that it should never cross their minds and that it is their fault. Divorce is never the child’s fault, as it is them who are the most impacted by the situation.

The film also has a message of taking responsibility for your actions and that such repercussions must be dealt with head-on.

A film more suited for kids aged 12 and above, Kramer VS Kramer is a drama film that shows an unflinching light on the pains of going through a divorce for all involved. The movie is about the custody battle between divorced couple Ted (Dustin Hoffman) and Joanna (Meryl Streep). It portrays the ever-changing relationship between the two from a couple, to estranged exes, to enemies, and finally, going back to a more cordial relationship.

Ted is a career-focused individual who has neglected chiefly his parental duties to his son. Ted was forced to juggle his career and parenthood when the couple separated. While initially finding it difficult to borderline impossible, Ted manages to adapt to their new setup and finally forms a bond with his son.

However, when his estranged ex-wife returns wanting their son back, Ted refuses, and thus the messy legal battle for the custody of their son commences. The movie does show how ugly divorce can get between two people who once loved each other can bring. It also depicts the painful situation the child is in, not wanting to choose between their parents.

The movie does end with a somewhat hopeful note and the possibility that the family can one day be whole again.

Boyhood is a unique film on this list as it was shot over the span of 12 years with the same cast. We get to see the titular character of Mason (Ellar Coltrane) as he grows up right before our very eyes within the span of the movie. The film also stars Ethan Hawk and Patricia Arquette as the boy’s parents. The film is a beautiful homage to growing up and parenthood and is accompanied by meticulously selected songs representing each era of the child’s life.

We get to see Mason during his adolescent years living with his mother as his parents are divorced at the movie’s start. The film itself is a fascinating take on family, the relationships of those within it, and the happiness and problems that come with the package.

While divorce is not a central plot of the film, it does present its effects and how it factors into the life of a child growing up. Boyhood is an emotional rollercoaster ride about family and can also be used to open up specific discussions that are not exactly comfortable to tackle.

Another film that shows divorce through children’s eyes, What Maisie Knew, is a good movie that can help children understand divorce. However, it is best suited to watch with adolescents as the film can be “heavy” for younger viewers.

What Maisie Knew also paints a stark image of a couple going through a divorce, and most of the scenes in the film are based on the point of view of the young girl, Maisie. However, Maisie is also quite relatable, no matter the viewer’s age.

The depiction of the parents is also in the unsympathetic range, which further pushes the audience to empathize with the young girl’s predicament.

This 2000 TV movie family comedy-drama has a similar plot to The Parent Trap. The film follows divorced couple Susannah (Valerie Bertinelli) and Jesse (Jeffrey Nordling) two years after separation. Their children form a plan to bring their parents together again.

Set in Alaska, Personally Yours is a heartwarming romantic comedy that shows the impact of divorce on children and their yearning for a complete family. This film is a good starting point for parents and children to discuss divorce. The film also gives audiences the possibility of reconciliation between two former married couples.

While the film doesn’t specifically tackle the topic of divorce, it does offer a different point of view concerning a similar subject matter. Matilda (Mara Wilson) is a young gifted girl with special powers. The movie depicts a highly dysfunctional family as Matilda has a far from perfect life, albeit in a complete family. Her parents (played by Danny DeVito and Rhea Perlman) are distant, and her brother bullies her daily.

Matilda manages to get her parents to enroll her at a school but learns that Miss Trunchbull (Pam Herris), the headmistress, is a cruel dictator. However, she does meet a kindhearted teacher, Miss Honey (Embeth Davidtz), who genuinely shows compassion for Matilda.

The film shows the complexity of family relationships and that parents that are together don’t exactly equate to a happy and content family. There are certain situations wherein the child might be able to benefit more if they are away from their parents, a similar notion that What Maisie Knew delivers in its story.

One Fine Day is another lighthearted film that tackles the topic of divorce. The movie stars George Clooney and Michelle Pfeiffer as two divorced parents who meet each other by chance. While initially a bit antagonistic, the two start to hit it off and learn to lean on each other with their parenting duties.

The film mixes some humor and a rather serious subject matter, making it a lighter viewing and easier to digest. Single parents and their children will most likely relate to the movie and even deliver some good laughs. The film also depicts that life goes on and that divorce is not exactly the end of having a semblance of a happy family.