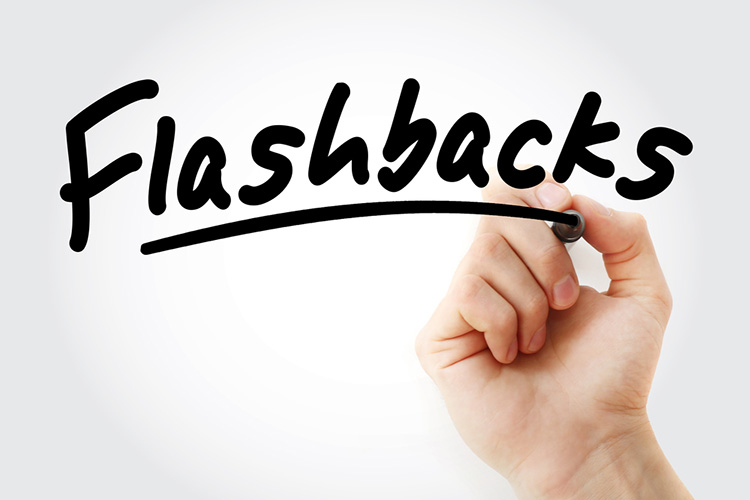 Implementing flashbacks in a movie can be a double-edged sword. Done wrong, a flashback will feel tacked-on and lazy. A mishandled use of a flashback in a story can make it feel like a Band-Aid solution that will leave audiences feeling shallow and underwhelmed when further pondered.

However, suppose the flashback element is woven efficiently into the film. In that case, it can enhance the overall impact of key revelations in the plot and make the whole viewing experience rewarding to the audience.

Some movies have interwoven flashbacks into the story, so these films excelled further thanks to this element. As a result, these movies unveiled vital information about the story and propelled the plot forward using flashbacks.

The list of movies below perfected utilizing flashbacks as more than just a way to bridge two crucial plot points. These films used flashbacks so that you can’t imagine watching the movie in any other way.

The first film from director Quentin Tarantino, Reservoir Dogs, is the first to give audiences a taste of Tarantino’s signature non-linear style of storytelling. The movie stars a bunch of actors who will be a staple in most of Quentin’s films in the future, such as Harvey Keitel (Mr. White), Tim Roth (Mr. Orange), and Michael Madsen (Mr. Blonde).

The film revolves around a bank heist gone wrong involving six career robbers hired by a mob boss, Joe Cabot (Lawrence Tierney). Each of the thugs is not allowed to know each other’s names or personal information if one gets caught. As a result, the film will jump around different timeline points before and after the robbery. However, Tarantino edited the movie so that it never got confusing.

The main gist of the story is the revelation that one of the six thugs hired to rob the bank is an undercover cop. The film will play on the paranoia and challenge the notion of “There is no honor amongst thieves.”

Besides the relatively innovative storytelling used in Reservoir Dogs, the acting on display is also top-tier. Fair warning, though, the movie was criticized back then for its ultra-violence and a rather disturbing torture scene. But, of course, this is a Quentin Tarantino film, so you probably already know what you are getting into if you decide to watch it.

Jim Carrey breaks away from his stereotypical roles and showcases broader acting chops alongside Kate Winslet in this romantic science-fiction drama. Eternal Sunshine of a Spotless Mind incorporates flashbacks as the whole crux of the storytelling in the film.

Jim Carrey plays the timid Joel Barish, who discovers that his ex-girlfriend, the spontaneous Clementine Kruczynski, underwent a radical new procedure that deletes specific memories of the patient’s choosing. Joel learns that Clem had all of the memories involving their relationship erased and, as payback, decided to do the same thing.

The movie starts at the end of the ill-fated relationship between the two main characters. As Joe undergoes the procedure, we see their relationship during the turbulent tail-end going back to happier times. As each memory gets deleted, Joe starts having second thoughts and tries to save his memories of Clem desperately.

The film highlights that there cannot be light without darkness. Removing one destroys the balance, and what you will have left might be something worse. The use of flashbacks in this movie is done to perfection in building the audiences’ fondness for Jim and Clem and their relationship. The gut punch here is that we already know how their relationship will end, making the last flashbacks even more heartbreaking.

Another excellent example of a film using flashbacks and non-linear storytelling is Wes Anderson’s fantastic film, The Grand Budapest Hotel. The film stars Ralph Fiennes as M. Gustave, a charming and exceptional concierge of the famous Grand Budapest Hotel, Tony Revolori as Zero Moustafa, a lobby boy, and Gustave’s protégé.

One of the film’s best aspects is how it mirrors our rose-tinted view of the past. There is a subtle effect in the movie that is quite witty once you notice it. This particular effect revolves around the aspect ratio of the film.

At the film’s start, as we see a young writer (Jude Law) interview an aging Zero in the now derelict Grand Budapest Hotel, the scenes are shot using the current 16:9 aspect ratio. However, the flashback scenes are shown using the classic 4:3 aspect ratio, which signifies its jump back in the timeline.

Also, going back to the rose-tinted glasses idea, all the flashback scenes feature vibrant colors and an almost dream-like aesthetic. Pretty much how people tend to remember the past. That is quite a clever twist to show flashbacks on screen.

The film itself has fantastic performances from all the actors, darkly hilarious scenes, and a thrilling murder mystery plot to complete this visual feast.

Stand by Me is one of the best movies from the 80s and is one of the few films that implemented flashback scenes impeccably into its narrative. This is an all-time classic coming-of-age movie that stars the most famous child stars of that decade, such as Wil Wheaton, River Phoenix, Corey Feldman, and Jerry O’ Connell.

The story revolves around four friends who are on a journey to find the body of a missing boy in another town. As they go on their adventure, each learns something new about themselves, and the bonds they make during their trek further strengthen their friendship.

Several flashbacks sprinkled throughout the movie further show the lives each of the boys has and reveal more about their struggles. They are also hounded by the town bully played by Kiefer Sutherland, which is genuinely detestable in the film. Stand by Me is a genuine classic about friendship, growing up, and the importance of standing up against oppressors.

Fight Club is a cult classic, even if it didn’t become a hit with the audience when it was released. However, years later, the movie started gaining a lot of traction with movie buffs, and it finally earned its spot in one of the genres and generational defining films of all time.

The movie stars an excellent collection of amazing actors such as Brad Pitt, Edward Norton, Jared Leto, and Helena Bonham Carter. The movie’s themes focus on societal norms, self-discovery, free will, and a good dose of anti-establishment anarchy.

The movie was a true pioneer of its time as it had a pretty much mixed review on its initial release. Nowadays, though, Fight Club is considered as of David Fincher’s best movie works and one of the best movies in general.

The flashback scene in the film pretty much put the entire narrative of the movie on its head. However, once the big twist is revealed, you will see the past hour of the film in a different light. This is one of those films that completely changes your experience if you re-watch the movie again.

Brad Pitt and Edward Norton had such great chemistry in the movie, and this is one of the first movies to bank heavily on the insane plot twist formula. And the whole roller coaster ride will begin with a well-placed explosive flashback.

Well, to have a list of the best films that implement flashbacks without including Forrest Gump would be criminal. The entire movie is one flashback scene to the next, and the performance delivered by Tom Hanks as the loveable goofball Forrest Gump is one for the ages.

Tom Hanks plays the titular character, a man that has a form of autism. However, what Forrest lacks in smarts, he more than makes up for in his good nature and kindness. The film starts at the iconic scene where Forrest is sitting at the bus stop. The movie then shows several flashbacks of crucial moments in Forrest’s life that coincidentally happened alongside crucial turning points in history.

The movie is a feel-good story filled with optimism and hope. All of the flashbacks are intricately interspersed with the good and bad days. It is indeed a hoot to see Forrest being present and impacting several important events that shaped America. Events that he just wandered into.

The Godfather is one of the all-time greatest films of all time, and Part 2 is considered one of the best sequels of all time. Part 2 is even regarded by a good chunk of the film buff community as better than the first. The Godfather Part 2 is a film that primarily implements flashbacks in molding its overarching story.

The second Godfather movie focuses on the criminal exploits of Michael Corleone (Al Pacino) as he tightens his grip on his family’s crime syndicate. Half of the film is a flashback that shows the rise of Michael’s father, Vito Corleone (Robert De Niro), an Italian immigrant trying to make a name for himself in America. Vito is also on a journey of revenge against a local mafia boss who killed his family in his hometown.

The Godfather Part 2’s perfect use of flashbacks mirrors the father and son’s journey. As Vito starts his career as a criminal, he shows compassion to family and friends and follows a peculiar sense of honor. On the flipside, Michael is shown to be much more ruthless in his approach to running the family criminal empire. The stark difference between the two is even more noticeable as the film switches between timelines using flashbacks.

A true classic, The Godfather Part 2 is a must-watch for any self-respecting film buff. It is also a perfect example of how to incorporate flashbacks into a story that enhances and informs the moviegoers’ experience.

Memento is the perfect example that uses flashbacks in telling its story. Directed by Christopher Nolan, the film follows the story of an amnesiac man named Leonard (Guy Pearce) as he tries to solve the murder of his wife. However, to put a wrench into that goal, Leonard lost the ability to retain new memories after being attacked by his wife’s murderer.

The movie is akin to a jumbled jigsaw puzzle where both the audience and Leonard try to piece together clues to form the whole picture. Each flashback is shown in black and white and pushes the plot forward, while scenes in the present are sequenced backward.

Memento has two stories being told simultaneously with the same character. As the purpose of the flashback in screenwriting is to advance the story and reveal vital information about a character, we can declare that Memento makes maximum use of this element. Thus, its inclusion in this list of one of, if not the best, movies that use flashbacks.