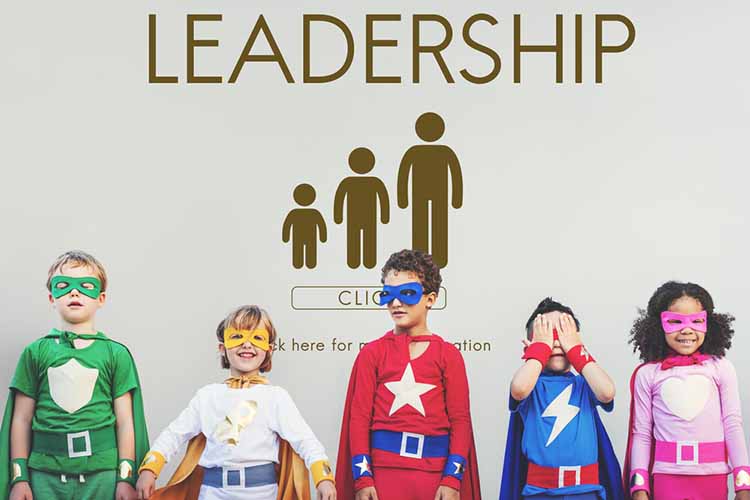 Movies can have a tremendous impact on the minds of their audience, even more with the still-developing minds of a child. Showing younger viewers films with protagonists that display integrity and good values can influence their minds for the better. Films that feature fantastic role models are aplenty, and for this article, the very best of the bunch will take center stage. Below are the best movies that have incredible role models for boys.

Best Movies That Have Amazing Role Models for Boys

Everyone should strive to be like Steve Rogers, a.k.a. Captain America. The man reflects all the core values of an upstanding human being. Captain America will always fight for what is right, even if the world is against him. He is the personification of everything good in humankind, and his affinity towards truth, justice, and freedom is a characteristic that boys should adhere to growing up.

Whether in movies or comic books, it is a safe bet to know that Captain America will always be on the side of good no matter how difficult the path will be. Much like his catchphrase in the MCU films, “I can do this all day.” Therefore, it is vital to have that “Never give up” spirit when facing life’s challenges.

The classic Disney-Pixar animated film about a family of superheroes is undeniably one of the all-time greats of the revolutionary animation studio. It is also somewhat the kid-friendly version of Watchmen, a celebrated graphic novel by Alan Moore.

The film follows the lives of a family of “supers,” thanks to the parents being former superheroes themselves. However, a mundane office life doesn’t exactly mesh well with the patriarch of the family, Bob Parr/Mr. Incredible. Even though the government has outlawed superheroes, he still fights crime and saves people at night.

Mr. Incredible’s nightly adventures cause tension between him and his wife, Helen Parr, formerly knowns as Elasti Girl. Add to the fact that their children are starting to display their superpowers. As a result, both Mr. Incredible and Elasti Girl must juggle having a normal life while being exceptionally special.

Mr. Incredible, albeit flawed, is also a great role model for boys. His desire to help people and protect his family are great human traits. The film also teaches the importance of trust and honesty in any relationship and shows that everyone needs help sometimes, and there is nothing wrong with admitting that fact.

Another entry from Pixar is the father-and-son adventure, Finding Nemo. Again, both Marlin (Albert Brooks) and Nemo (Alexander Gould) can be good role models. Again, similar to Mr. Incredible, both Marlin and Nemo are generally flawed characters. But it is through the film’s journey that those young audiences can pick some suitable lessons from the two Clownfishes.

Marlin starts off as an overprotective father, which stifles Nemo causing the young fish to lash out and leads to him being captured by humans and taken halfway across the ocean. However, the movie shows Marlin’s determination to cross the vast ocean, facing dangers head-on, to reach his son. Nemo, for his part, displays tenacity and smarts to escape his man-made enclosure.

Both Marlin and Nemo meet new friends that will help them find each other, from the amnesiac Dory to the eccentric group of marine animals in the aquarium. Finding Nemo is a story about the bond between father and son and the importance of trusting in each other.

Harry Potter is often cited as one of the best protagonists for young audiences. While he has been dubbed as the “Chosen One,” a character trope that tends to be unrelatable due to being naturally good at everything, Harry is the exact opposite of this figure. Instead, Harry is typically shown as vulnerable and unsure and can be swayed by his emotions. These flaws make Harry Potter’s positive traits shine even more, though.

Harry’s best traits include his courage in the face of insurmountable odds, his loyalty to his friends, his kindhearted nature, and he is also forgiving, as shown when he opts to still save Lucious Malfoy despite the latter’s incessant bullying throughout the film series.

Harry is not exactly a perfect protagonist, but learning from his mistakes and being better every time is a trait that will do well for children growing up.

The CGI animated action-comedy Kung Fu Panda is ripe with laughs and life lessons for young boys. Unfortunately, Po (Jack Black) isn’t exactly talented or exceptional in anything, unlike other entries in this list. Also, being the last known living Panda in the land makes Po an outcast his whole life. While he does have a loving father, who is a goose, Po never truly experienced being welcomed by others.

Despite the challenges he faced growing up, Po still managed to keep his optimism throughout. Po will always be the eternal idealist, no matter how hard things get. The movie also teaches young audiences that it is okay to follow their path if they feel it is right. While not having an anti-authority message, Kung Fu Panda points out that each has their path in life, and it is okay to go against the norm.

For those looking for a good underdog story for the kids, How to Train Your Dragon should be an excellent choice with its blend of humor, action, and emotion. When talking about Vikings, the image that pops into everyone’s mind is these hulking berserkers – which is the exact opposite of the main character in the movie, Hiccup (Jay Baruchel).

Hiccup is a rather meek and skinny boy who is the complete opposite of his chieftain father, Stoick (Gerard Butler). Unfortunately, their village is often attacked by dragons who take their livestock, and Hiccup is desperate to prove himself to his father. While lacking in the brawn department, Hiccup tries to make up for weaknesses with his ingenuity and inventions, albeit it usually backfires.

During one fateful night, when the village gets attacked by the rare and dangerous Night Fury dragon, Hiccup manages to capture the beast. However, he is unable to kill the dragon and instead releases it. Realizing that the dragon’s tail fin has been damaged due to his bolas and is unable to fly, Hiccup decides to make a prosthetic for the dragon that he named Toothless.

Together, the two will form a bond that was initially thought impossible. How to Train Your Dragon is a story about friendship, trust, and bravery. Hiccup is not your typical protagonist as he is not precisely skilled or talented in anything. However, his kindness and courage more than makeup for his shortcomings, and by the end of the film, he and Toothless manage to overcome the adversities and save the day—two unlikely heroes, small in stature but with a big heart.

Superheroes are designed to show the best parts of humanity, and Spider-Man encapsulates both the strengths and weaknesses of a person. So while the choices of Spider-Man movies are plenty, the decision to pick Spider-Verse is a relatively easy one. Spider-Verse features different versions of Spider-Man, each with their own personal problems and journey to take.

The main Spider-Man of the beautifully animated film is Miles Morales (Shameik Moore). After the death of his universe’s Spider-Man, Miles is forced to take on the mantle, despite being unsure if he can measure up to the original Spider-Man. After an experiment goes awry, other versions of Spider-Man start appearing in New York City. Miles meets an older and jaded Spider-Man, Peter B. Parker (Jake Johnson), Spider-Woman/Gwen Stacy (Hailee Steinfeld), Spider-Ham (John Mulaney), Peni Parker (Kimiko Glenn), and the brooding Spider-Man Noir (Nicolas Cage).

Together, they all work to stop the Kingpin from re-opening the portal and cause the multiverse to implode on itself. Miles starts as a kid with huge potential but is afraid and unsure of embracing his destiny. But, by the end of the film, Miles earns his right to don the Spider-Man moniker, embraces his potential, and becomes the hero he is destined to be.