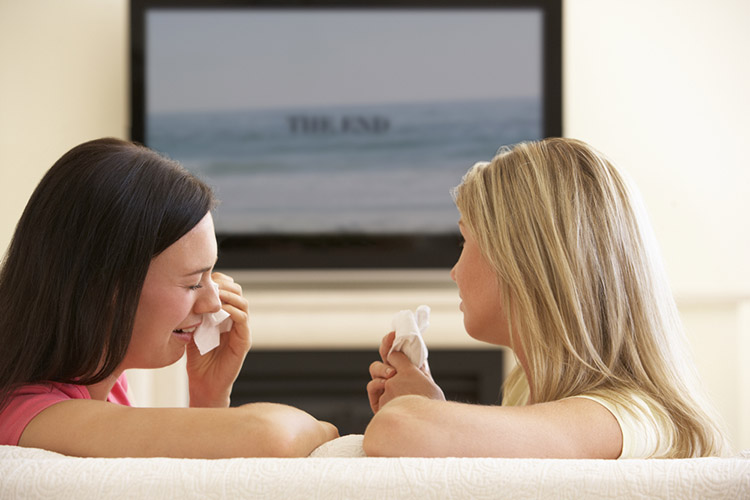 Films are often used to escape real-world problems temporarily—an outlet where audiences can journey into another world and have fun. Well, somebody must have forgotten to give that memo to the movies on this list today. Some movies tend to subvert the expectation of their audiences and show that happy endings in films are not always a guarantee.

The films in the list below all throw the harsh realities of life back at the audience, and sometimes, it tends to leave a mark. So here is a list of the best films that do their encore by gut-punching their audience.

As is custom, please be warned that spoilers are ahead.

Best Movies Without a Happy Ending

In this 2010 psychological thriller, Ryan Reynolds stars as Paul Conroy, an American civilian truck driver stationed in Iraq. During a routine delivery, Paul is knocked unconscious and trapped in a wooden coffin buried in an unknown location. He is left with a mobile phone, flashlight, lighter, knife, pen, pencil, and his wits to survive.

Of course, seeing that this is a list of movies without happy endings, it can easily be surmised what Paul’s fate in the film will be. However, what makes the movie more challenging to watch is how hope is always dangled at Paul and the audience. Up until the bitter end, the viewer is given that glimmer of hope that Paul will be able to escape this dire predicament. That is until the film yanks the rug from under its audience in one last horrific twist.

No Country for Old Men is a crime thriller written and directed by the Coen Brothers and is based on the 2005 novel of the same name by Cormac McCarthy. The film stars a powerhouse of a cast that includes Tommy Lee Jones as Sheriff Ed Tom Bell, Josh Brolin as hunter Llewelyn Moss, and Javier Bardem as the enigmatic and terrifying psychotic hitman Anton Chigurh.

In the movie, Llewelyn Moss stumbles upon a drug trade gone wrong in the middle of the Texas desert. Amidst the carnage, he finds a suitcase filled with two million dollars. Believing it to be a way to turn his and his wife’s life around, he stashes the money and keeps it to himself. However, this also puts him in the sights of psychotic killer Anton Chigurh who is sent to clean up the mess and retrieve the money.

What happens next is a nail-biting game of cat and mouse as Chigurh closes in on Llewelyn while veteran Sheriff Tom Bell tries to stop the carnage that has befallen his town. No Country for Old Men is a tense film with an equally bleak ending from start to finish.

Gone Girl is a psychological thriller film by David Fincher and is based on the 2012 novel of the same name by Gillian Flynn. The movie is about the events surrounding the disappearance of Nick Dunne’s (Ben Affleck) wife, Amy (Rosamund Pike). While initially sympathetic, Nick steadily becomes a prime suspect for his wife’s disappearance as some of his lies come to light.

On the other side of the tale, we learn that Amy Dunne is not the innocent victim she is portrayed in this scenario as she shows to be a cunning, ruthless, and manipulative sociopath. The movie displays a toxic relationship at its worst and how easily it can spiral out of control.

The ending itself leaves the faith of the main characters in question while also leaving a disturbing notion of their future.

Probably the best PSA against the use of illegal drugs, Requiem for a Dream covers the lives of four drug addicts as their lives go into a downward spiral. The film follows four characters through their descent into darkness. Harry (Jared Leto) and his friend Tyrone (Marlon Wayans) are two junkies trying to make big money by becoming drug dealers.

Harry’s girlfriend Marion (Jennifer Connelly) is also swept into her boyfriend’s drug-addled world and becomes an addict herself. Harry’s mother, Sara (Ellen Burstyn), also suffers from addiction to a weight loss pill that has an adverse effect on her mental state.

The film does not give audiences a glimmer of hope which is hammered further as the story progresses, or regresses for the four poor souls. Instead, Requiem for a Dream forces audiences to watch the disturbing underbelly of drug addiction. It is an eye-opening look at the horrors of what illegal substances can do to a person and the ones they love.

The Road is a post-apocalyptic survival movie that follows a father and son’s journey, played by Viggo Mortensen and Kodi Smith-McPhee. The film is as bleak as they come, with nary any sliver of hope throughout the entire movie.

Audiences are not given any backstory as to the cause of the cataclysmic event. Instead, the film focuses on the two characters struggling to survive both the harsh environment and the ruthless scavengers that prowl the wasteland.

Throughout the film, we see that the father is given up on hope and the belief that decent people are still left in the world. He distrusts anyone they encounter, for a good reason, as his only mission is to protect his son. The son, however, wants to believe that there is still some good left in the ravaged world that they live in.

The Road is undeniably one of the bleakest films ever made. It is a constant struggle for the main characters from start to finish, and while it does leave audiences with a glimmer of hope, albeit with a bittersweet dish on the side.

Funny Games is one of the few films that are often considered a “one-time viewing” only due to the unrelenting brutality and hopelessness that it leaves its audiences in. The movie is a home invasion story about a family being held hostage and tortured by two seemingly well-educated young men.

The sheer randomness of the brutality and cruelty inflicted by the two psychopaths is hard to watch. What makes Funny Games a memorable one is a fourth-wall-breaking scene wherein the family almost manages to escape, but in a shocking twist, the two men start chatting to the viewers directly and rewind the scene – shattering all hope that the family will be able to survive the ordeal.

Funny Games are certainly not for everybody, and the nihilistic nature of the film is relentless and will stick with the viewer long after the credits are over. There is a 2007 American remake, but the Austrian original is widely considered the superior version.

Another David Fincher film makes the list. Seven is a psychological crime thriller and follows two detectives, Detective Lieutenant William Somerset (Morgan Freeman) and Detective David Mills (Brad Pitt), as they track down a serial killer whose MO is inspired by the Seven Deadly Sins. Somerset and Mills have contrasting personalities, with the disillusioned Somerset and idealistic Mills initially having a somewhat antagonistic relationship.

However, their differences are set aside as a string of brutal murders inspired by The Seven Deadly Sins are discovered. The killer is methodical, meticulous, and cruel and will stop at nothing to complete his so-called masterpiece.

The ending of the film is as shocking as it is disturbing. The disparity of the climax, set on a perfect sunny day, compared to the rain-drenched scenes of almost the entire movie adds another layer of impact to the horrific revelation.

Quite possibly the most heart-wrenching entry in this list, Grave of the Fireflies is a Japanese anime film set in the final days of World War 2. It follows two orphaned siblings, Seita and his younger sister Setsuko as they struggle to survive daily.

The film shows the horrors that the innocent bystanders caught in the war suffer. Seita and Setsuko both push forward to survive and stave off hunger each day, and each day they are slowly losing ground.

If ever there is a perfect anti-war film, Grave of the Fireflies is it, and everyone should watch this masterpiece at least once. It is an emotionally rending movie, but the message it wants to deliver is clear and unflinching.

What starts as a movie that feels like an homage to “Rocky” quickly pulls the rug from underneath its audiences during the third act. Million Dollar Baby is the story of determined rookie boxer Maggie Fitzgerald (Hilary Swank) and her coach Frankie Dunn (Clint Eastwood).

While Frankie relents at first with Maggie’s request to train her, as he doesn’t want to teach a girl, Maggie’s resilient nature slowly wins over the grizzled and jaded veteran. Over time, Frankie and Maggie form a strong bond, more than a student and teacher, but more closely resembles a father and daughter.

As Maggie’s career gains traction, a tragic accident halts everything to a grinding halt. There, Frankie witnessed firsthand how alone Maggie truly is with her selfish family trying to squeeze every last drop of penny from her. With all hope almost completely lost, Maggie will request one last thing from her mentor.

The Mist is a 2007 science-fiction horror movie directed by Frank Darabont and is based on the novella by horror master Stephen King. The movie features a vastly darker ending than in the book, to which Stephen King gave his blessing. This change gave The Mist one of the bleakest endings ever put on screen and will leave an indelible mark in the minds of its audience.

The movie is set in a quaint town in the state of Maine that is ravaged by a sudden and cataclysmic thunderstorm. The next day, the town is slowly being enveloped by a thick mist, and there is something sinister hiding within the mist.

The survivors struggle to survive against the monsters outside and each other, showing how fear can turn even decent people into selfish and irrational individuals. The ending will undoubtedly leave the audience’s jaws on the floor. The sheer anguish of David (Thomas Jane) is felt and pierces the sou. However, we won’t be detailing the ending as it is something that has the best impact when experienced firsthand.

This South Korean thriller is one of the best films to come out of the country, bar none. The story focuses on NIS Agent Kim Soo-Hyun (Lee Byung-hun) on his ruthless quest for revenge against the brutal serial killer Jang Kyung-chul (Choi Min-sik), who murdered his fiancée.

The film goes on a twisted game of one-upmanship as Kim escalates his torture of Jang. But, alas, Kim’s refusal to give Jang a swift death gives the demented serial killer a chance to turn the tables. The film’s climax is brutal and tense, with Kim’s final form of revenge finally unraveled.

The movie’s title more so reflects what the protagonist sees in the mirror rather than a description of the psychopathic Jang. The ending of I Saw the Devil is something that will leave the audience in a similar state as Kim. It is an ending that is powerful, unnerving, and depressing all in one.