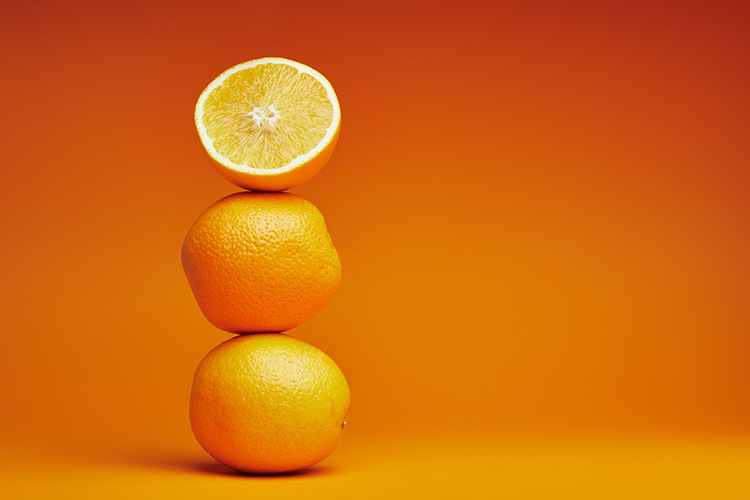 The use of symbolism in movies is often construed for various reasons, either for foreshadowing or subconsciously planting a specific emotion into the audience’s mind. One of the most famously used symbolism is that of the orange fruit. Best known as the harbinger of doom in the classic Francis Ford Coppola crime epic “The Godfather.” Oranges in films have since become synonymous with tragedy.

But why choose oranges specifically, though? One theory is that orange is used to critique capitalism. Historically, California was a thriving citrus industry, and fruits are often shown coinciding with advertisements for Los Angeles showing the City of Angels as a modern-day Garden of Eden. Or maybe it’s all just a coincidence or a happy accident, as they say.

Well, the truth is that Coppola never intended for oranges to be the harbingers of doom in The Godfather; he only noticed the coincidence in a couple of scenes and decided to run with it for the trilogy.

Nevertheless, oranges have become a staple in films and while generally associated with death and tragedy. Below are several other films featuring the nutritious citrus fruit in not so flattering limelight.

Movies that Used the Symbolism of Oranges to Foreshadow Death

The post-apocalyptic thriller, Children of Men, is one of the bleakest films and features oranges as symbols of impending tragedy. The movie is set in 2027 London, where humanity has suddenly lost the ability to reproduce. Following the story of Theo Faron (Clive Owen), who is on a mission to escort an immigrant named Kee (Clare-Hope Ashitey) to safety as she is the only known pregnant woman on Earth, possibly being the key to saving humanity.

A pivotal and shocking scene in the movie also incorporates oranges before all hell breaks loose. The shocking death of Julian Taylor (Julianne Moore) comes right after two characters from the film share an orange. The film pays homage to The Godfather by incorporating the fruit that has become the signature sign of death in the crime epic trilogy.

The film goes to some truly dark places and incorporates well-placed dark humor to keep it from being too disturbing. The movie also heavily features roses and the color red, which represents Lester’s lust for Angela.

The inclusion of the orange is a bit subtler as audiences only get a passing glance at the fruit. Still, right after its appearance, a key character gets offed in a pretty brutal manner.

When it comes to films with one of the darkest plotlines, only a few can reach the utter despair that Requiem for a Dream subjects its characters to throughout the movie. The film follows four characters in a downward spiral caused by addiction to illegal drugs. However, the movie does not shy away from the horrors of drug addiction as it focuses on its characters’ mental and physical deterioration.

There is a scene in the film when Tyrone and Harry are trying to get drug supplies but are caught in a shootout between rival gangs. However, before the chaotic scene, a shot of one of the drug pushers eating orange can be seen – heralding the impending bedlam to happen in a matter of moments.

In this classic 90s action movie starring Keanu Reeves as undercover FBI agent Johnny Utah who is out to take down a gang of bank robbers known as the “Ex-Presidents,” which is led by Bodhi (Patrick Swayze). The movie is an adrenaline-pumping thrill ride with one some of the most iconic shots in the action movie genre.

Of course, the film directors saw fit to pay homage to The Godfather, specifically, using an orange fruit to foreshadow a tragedy. The scene specifically is when Johnny Utah and Angelo Pappa (Gary Busey) are staking out a bank. They are then interrupted by a man selling oranges asking the duo if they want to buy a couple.

It goes without saying that the next scene includes Utah hurting his knee and several people getting killed in a shootout. While we couldn’t find the exact scene, we will just show you the aftermath of the orange scene.

Roman Polanski’s supernatural thriller is about a book expert hunting down the rare Nine Gates of the Kingdom of Shadows tome, which is said to have been written by the devil. The book expert, Dean Corso (Johnny Depp), is thrust into a web of conspiracy and the occult as he slowly becomes more obsessed with the demonic book.

In a clear nod to The Godfather, there is a scene where Corso is escaping a burning apartment and knocking over a bag of groceries, which contains a pack of oranges. Of course, death is expected in a horror film such as The Ninth Gate, but having it all foreshadowed using The Godfather’s signature fruit is a nice little touch.