South Dakota is named after Native American tribes – Lakota and Dakota Sioux. These were the tribes that used to dominate the territory. More so, South Dakota is the 17th largest state, yet the 5th least populous. It is surrounded by North Dakota, Minnesota, Iowa, Nebraska, Wyoming, and Montana.

Because of its geographical location, it can offer both urban glamour and natural sights. Among the famous attractions in the state are the Mount Rushmore National Monument,  Badlands National Park, Custer State Park, Crazy Horse Memorial, the Wind Cave National Park, and many others. As such, it is a frequent go-to location for movies and TV series, including some award-winning ones such as How the West Was Won and Dancing with Wolves. We’ll talk about those two and other famous movies filmed in South Dakota. 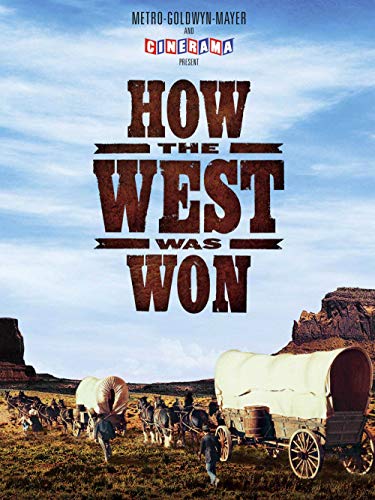 How the West Was Won is an award-winning epic adventure movie directed by Henry Hathaway. It features an ensemble cast including James Stewart, John Wayne, Gregory Peck, Henry Fonda, Carroll Baker, Lee J. Cobb, Carolyn Jones, Karl Malden, George Peppard, Robert Preston, Debbie Reynolds, Eli Wallach, Richard Widmark, Brigid Bazlen, and Walter Brennan. It is considered one of the greatest epic movies in Hollywood, won 3 Academy Awards, and has been nominated 8 times. It follows the story of 3 generations of a family as they go through tribulations as they try to tame the wild west. Some of its scenes were taken in Badlands National Park, Custer State Park, and the Black Hills. Other scenes were filmed in Illinois, Arizona, Colorado, Kentucky, Utah, California, and Oregon. 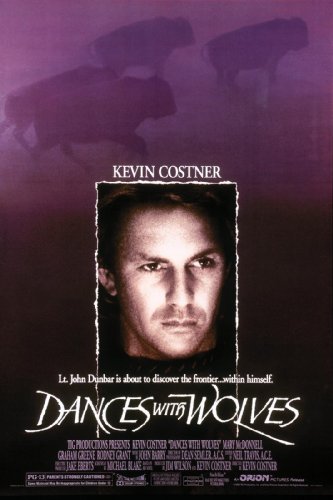 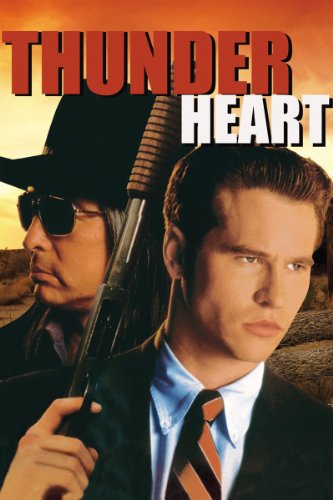 The fictional mystery film Thunderheart is directed by Michael Apted. It is loosely based on the Wounded Knee Incident back in 1973. The movie follows Ray Levoi (portrayed by Val Kilmer), an FBI agent who was assigned to investigate a homicide in the Sioux reservation. It was filmed in Badlands National Park, Wounded Knee, and in Pine Ridge Indian Reservation in South Dakota. Other scenes were also filmed in Washington DC. 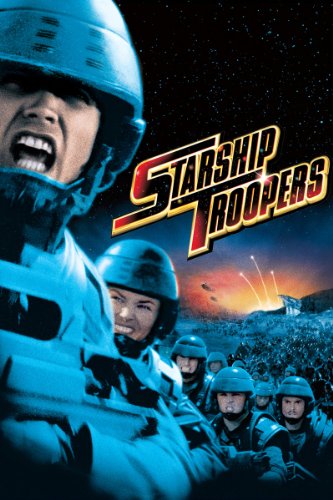 Starship Troopers is a science fiction-military film directed by Paul Verhoeven based on the novel of the same name by Robert Heinlein. It is a story of a soldier, Johnny Rico (Casper Van Dien), and his exploits as part of a futuristic military unit, the Mobile Infantry. Also starring with Van Dien are Dina Meyer, Denise Richards, Jake Busey, Neil Patrick Harris, Patrick Muldoon, Michael Ironside, and Seth Gilliam. Among its filming locations are Badlands National Park and Kadoka, South Dakota. Other locations for the film are Wyoming and California. 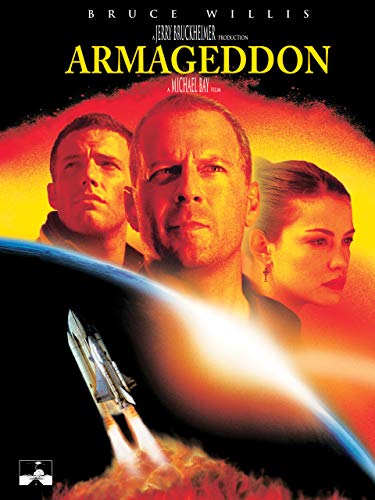 This next film is a science fiction-disaster movie directed by Michael Bay and starring Bruce Willis, Ben Affleck, Billy Bob Thornton, and Liv Tyler. It follows a group of deep-core drillers who was tasked by NASA to stop a massive asteroid from colliding with the Earth.  It earned 4 Oscar nominations and has won several movie awards. The film features the Badlands National Park. Other filming locations in the US are Texas, California, Florida, New York, Washington DC, Mexico, and New Mexico. It was also filmed in other countries such as France, India, China, and Turkey.

Mercury Rising is an action-crime drama starring Bruce Willis and directed by Harold Becker. It is based on the novel by Douglas Pearson entitled Simple Simon. The story is about Art Jeffries (Willis), an undercover FBI agent, as he protects a 9-year-old boy with autism (Miko Hughes) from government assassins. Also starring in the movie are Alec Baldwin, Chi McBride, Kim Dickens, and Robert Stanton. It was filmed in Sturgis, South Dakota, and in Illinois, California, and Washington DC. 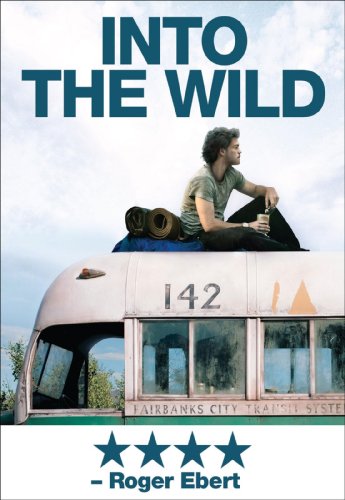 The adventure-drama film, Into the Wild, is based on the true story of Christopher McCandless, and the movie adaptation of a biographical book of the same name by John Krakauer. McCandless (portrayed by Emile Hirsch) graduated as a top student from Emory University. Yet, he chose to leave everything behind, donated his savings to charity, then hitchhiked to Alaska, and lived in the wild. It was filmed in many different parts of the US, including South Dakota – specifically in Winner, Hot Springs, and Carthage. Other filming locations are Alaska, Arizona, Washington, Georgia, California, Nevada, and Oregon. 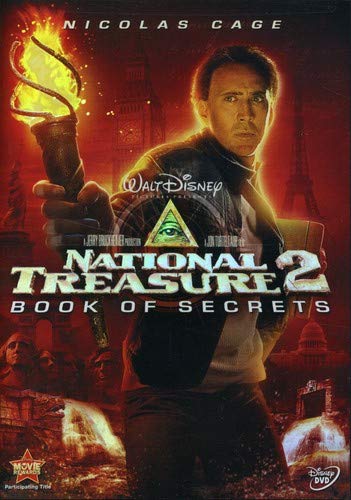 National Treasure: Book of Secrets is the second installment to the National Treasure film franchise.  It is an adventure-mystery movie directed by Jon Turteltaub. It follows Benjamin Gates (portrayed by Nicholas Cage), a treasure hunter who follows a clue that can prove that his ancestor is innocent in the assassination of Abraham Lincoln. Along with Cage, it stars Diane Kruger, Justin Bartha, Jon Voight, and Ed Harris. Its filming locations include Sylvan Lake and Keystone, South Dakota. Other scenes were shot in Virginia, Maryland, California, and Washington DC, then in England and France. 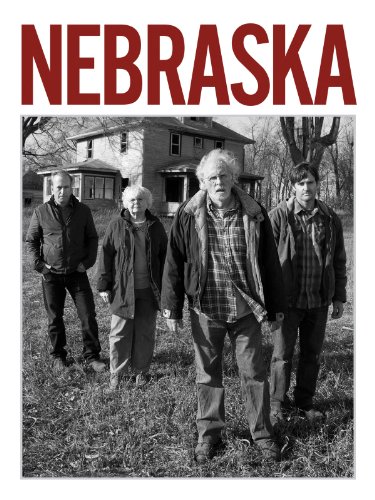 Nebraska is a black-and-white drama-comedy directed by Alexander Payne. Starring Bruce Dem, Will Forte, June Squibb, and Bob Odenkirk, Nebraska shows the adventures of an elderly and his son as they embark on a long trip from Montana to Nebraska to claim a million-dollar sweepstakes prize.  As expected, its filming locations include Montana and Nebraska. But it was also filmed in Rapid City and Keystone, South Dakota, and in Wyoming. 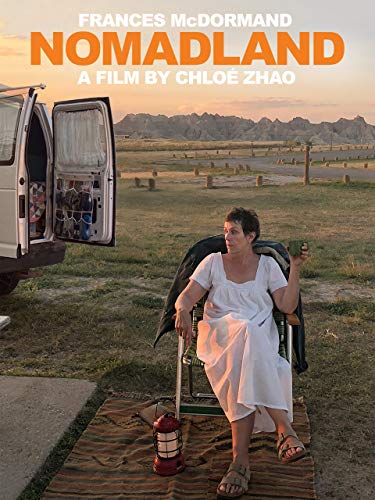 Based on the book Nomadland: Surviving America in the Twenty-First Century by Jessica Bruder, Nomadland is a drama movie by Chloé Zhao. It stars Frances McDormand, Peter Spears, Mollye Asher, Dan Janvey, and Zhao herself. It follows a woman in her sixties who decided to live in her van and journeyed through the West like a present-day nomad. Among its filming locations are Badlands National Park, Custer State Park, Scenic, and Wall, South Dakota. It has was also filmed in Nevada, Arizona, California, and Nebraska.