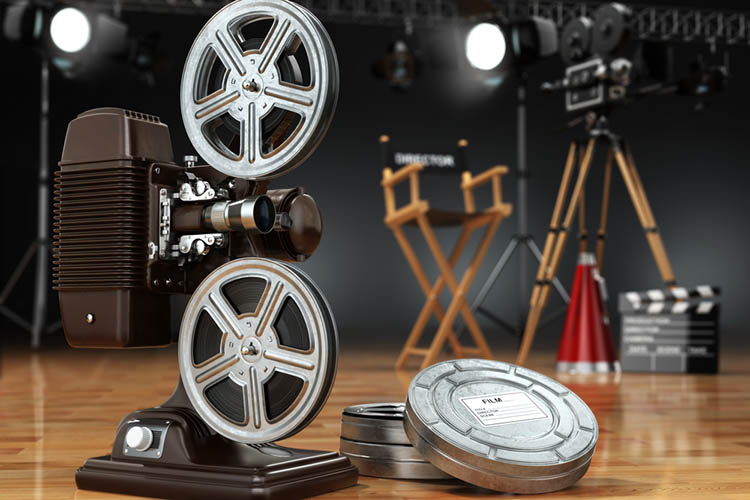 As a filmmaker, understanding the importance of camera angle shots in telling a story is integral to placing the audience in the right frame of mind and emotion. Implementing the correct camera angle for specific scenes can enhance the desired impact. Not only that, it can further add to the atmosphere of the scene and the performance of the cast.

For those interested in the process of filmmaking, specifically the directing side of it, having a good grasp of the different camera shot angles will be an excellent place to start the journey. In this article, we will discuss the basics of adequately framing camera angles, which will help budding filmmakers craft their stories in a highly gripping fashion.

Utilizing the correct camera angle combined with the shot size can create various experiences for the audience. For example, using the right angle during the appropriate scene in the movie can make the viewer feel empathy and fear and even disorient them if needed. Below are the different camera angles and when they are typically incorporated into the film.

The eye-level shot is typically used to create a sense of sympathy for the character being focused on during the particular scene. This type of angle is exactly what it sounds like, a neutral shot that focuses on the character on screen. The eye-level angle is also an excellent way to convey neutrality and objectivity to a particular scene which is often the introduction of a character.

Keep in mind that eye level doesn’t mean the shot must focus on the character’s eyes. This shot is particularly positioned with the eyes of the subject at the center of the screen. This type of camera angle can also be used to reveal another object within the frame of equal importance to the scene.

A great example of eye-level angle shot implementation is in the film American Psycho (2000), which stars Christian Bale as psychopath Wall Street investment banker Patrick Bateman. One scene that extensively utilizes the eye-level angle is the “business car” scene.

The director uses the eye-level angle on Bateman to give the audience a glimpse into his broken psyche and somewhat grasp his character. Thus, further making the character more disturbing by giving this monster a relatable trait – which, in this case, a slight sense of vulnerability.

Depending on the scene, the director can use various angles to convey one character’s dominance over the other. For example, a slightly low-angle shot can elicit authority, while a mid-low angle can represent a threat.

The extreme low angle shot is generally reserved for giant monster (kaiju) movies like Godzilla as it gives both a sense of scale and power to the primary focus of the scene.

A memorable use of the low-angle shot can be seen in the movie Inglorious Basterds (2009). The scene shows Lt. Aldo Raine (Brad Pitt), who just finished his signature “carving” on Nazi colonel Hans Landa (Christoph Waltz). The shot places Raine towering over Landa, symbolizing victory for the Basterds over their deadly foe.

This is the complete opposite of the low-angle shot. The high angle instead conveys the subject of the frame to be weaker, vulnerable, or powerless against the second character in the scene. This camera angle can also elicit tension as the subject of the camera, depending on where they are facing, can create a sense of danger or hopelessness.

The Quentin Tarantino flick Kill Bill Vol.1 (2003) has excellent use of the high-angle shot. The climactic battle between The Bride (Uma Thurman) and O-Ren Ishii (Lucy Liu) incorporates a nice high-angle shot showing The Bride seemingly shrinking as O-Ren slowly towers over her. This scene highlights the absolute danger that The Bride is in as she battles O-Ren to the death.

The best time to incorporate the Dutch angle or Dutch tilt is during a scene that calls for a way to confuse or disorient the audience. This shot is relatively simple, but the effects can be significant to the viewers. Simply tilting the camera to one side creates the effect of disorientation or the feeling that something is “off” during the scene. This shot can also be used to heighten the tension of a scene.

Christopher Nolan implemented the Dutch angle in the most literal and extreme form during the trippy hallway fight scene in his science-fiction dream heist film, Inception (2010). The memorable scene had Arthur (Joseph Gordon-Levitt) fighting against goons within a constantly spinning hallway. The whole scene is so disorienting that some people even suffer motion sickness.

Still, it is a great and fun way of using the Dutch angle that both affect the film’s characters and the audience.

The Different Camera Shots in Movies

Along with the camera angle, the camera shot is also integral in formulating and executing certain scenes to deliver the desired effect to the audience. Mixing the camera angles and shots can create different results and enhance the scenes they are utilized in. Below are the various camera shots and when they are often used in filming.

One of the most common camera shots that is almost certain to be in every film is the close-up shot. This type of camera shot helps convey a character’s emotion, whether it be joy, sadness, or anger. In addition, close-ups further increase the feelings on display by the actor during a pivotal scene in the movie.

As the close-up shot is used to highlight the character’s emotion, this is undoubtedly one of the essential shots regarding the actor’s performance. The close-up is framed from the shoulders and upwards and is used to capture even the subtlest of facial twitches.

One of the most iconic uses of the close-up shot is in Stanley Kubrick’s horror classic, the adaptation of Stephen King’s The Shining. In The Shining (1980), Kubrick uses the close-up shot to create a terrifying and memorable moment when Jack Torrance (Jack Nicholson) goes full-blown mental on her horrified wife, Wendy (Shelley Duvall), as she tries to escape him by locking herself inside the bathroom.

As for the extreme close-up, it is excellently used in Sherlock Holmes: A Game of Shadows (2011) during the tense scene where Watson (Jude Law) and Simza (Noomi Rapace) scan the room for the assassin before it is too late. The shot features extreme close-ups of the characters as they frantically deduce who the killer is. In addition, the taut shots of their faces convey the tension of racing against time.

Also known as the semi-close-up shot, the medium shot is taken from the character’s waist upwards. It is utilized to emphasize the character and the environment to a certain degree. This is a pretty standard shot used in interview scenes and is also utilized to capture facial reactions and subtle body movements.

This shot is quite versatile as it can also be used when the character is moving as it provides viewers with enough background context without being disorienting.

We get a good view of all three characters (from the waist up) and determine that they are all worse for wear. The audience also gets a pretty decent look at the background and deduces that they are somewhere in a relatively dense forest.

An excellent recent example of using the long shot is in the 2017 superhero movie Wonder Woman. The scene during Diana’s (Gal Gadot) attempt to cross the dangerous (No Man’s Land) is the first time we see her finally earn the mantle of Wonder Woman. Facing seemingly insurmountable odds, the long shot conveys her determination through facial emotion and body language.

As for the extreme long shot, a favorite would be in the climax of Fight Club (1999) as Edward Norton, and Helena Bonham Carter’s characters look on as the city burns down around them.

Over the shoulder, shots are generally used in scenes where two or more characters are in a conversation. The camera is placed behind one actor overlooking the other, hence, the “over the shoulder” moniker. This allows the viewers to focus on one particular character, which is crucial if that character is going through certain emotions.

Practicality-wise, an over-the-shoulder shot can also be used in certain scenes wherein one of the actors is unavailable. Again, directors use this shot to hide the fact that the other actor on the set is merely a stand-in.

Pulp Fiction (1994) implements the over-the-shoulder shot nicely during a scene between one of the three main protagonists, Butch (Bruce Willis) and mob boss Marsellus (Ving Rhames). The scene starts with a medium shot of Butch talking to an unknown figure which adds mystery to the scene.

It suddenly shifts to an over-the-shoulder shot with Marsellus revealed to be the man Butch is talking to. With the sudden switch of the camera shot, audiences also switch focus from background to foreground.

A nifty shot is used to put the audience directly in the shoes of a specific character. The POV shot is basically what the character is seeing during the movie. It provides the viewers with an interactive experience and is typically inserted as a secondary shot to further emphasize a critical physical plot device.

POV shots are also found in horror films, either from the victim or the killer, to heighten the tension of a particular scene.

Doom (2005) took the point of view shot and ran with it during a near 5-minute-long shootout scene. This choice was made as a reference to the videogame the movie was based on, which is a first-person type of game. The scene placed the audience front and center of the action sequence, giving it a relatively unique vibe.

Also known as the Tracking Shot, the Dolly shot is a rather complex shooting method wherein the camera follows the subject’s movement. This is achieved by placing the camera onto a dolly and moving it through the track while keeping the actor or object in the center frame.

There are also three variations of this shooting style: the tracking, Dolly, and crane. The tracking shot moves sideways; the Dolly moves forwards and backward, while the crane moves up and down. A Steadicam is typically utilized for these shots to prevent the image from being too shaky.

One of the most memorable uses of the tracking shot is from the classic 80s comedy film Ferris Bueller’s Day Off, where Ferris races home. The scene is such an iconic part of cinema history that Spider-Man: Homecoming has an homage to the classic scene.