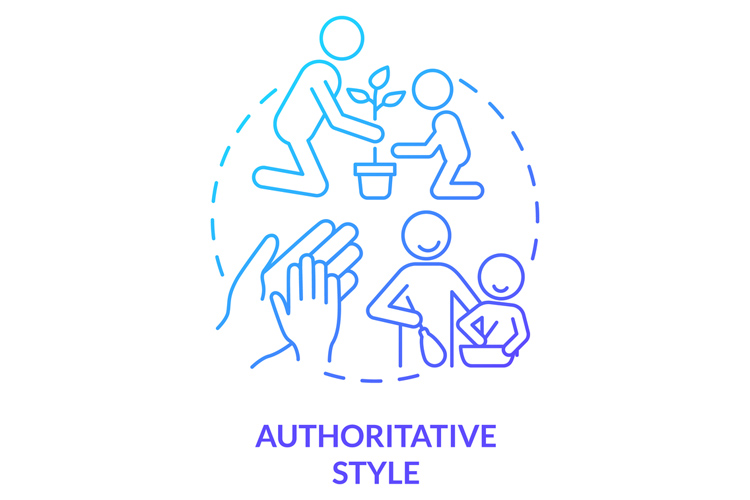 Authoritative Parenting is a parenting style characterized by high demands and high responsiveness to children’s needs. Their high demands and expectations are reasonable because they also provide resources, guidance, and support to help their children succeed.

Child development experts found that this parenting style generally produces the best outcomes in children. Children of authoritative parents are found to be happy and content, independent and self-reliant, with good social skills, and can cooperate with their peers. They can also regulate their emotions, manifest self-control, and are competent and assertive. The following movies show authoritative parents.

The romantic-comedy film Father of the Bride is a remake of the 1950 movie of the same title. Directed by Charles Shyer, this movie shows the perspective of a father, George Banks, when he found out that his daughter is getting married. Starring in the movie are Steve Martin, Diane Keaton, Kimberly Williams, and Martin Short. It was a box office success, resulting in a sequel Father of the Bride II.

In this movie, George Banks (Martin) suddenly became quite protective and clingy when he found out that his fresh graduate daughter Annie is about to be wed. Yet, despite his hesitations, he continued to be a compassionate and supportive father. He even helped in some wedding preparations and consoled his daughter when she had a fight with Bryan.

Directed by Gabriele Muccino, The Pursuit of Happyness is a biographical drama film based on the memoir of the same title written by Chris Gardner and Quincy Troupe. It tells the story of Chris Gardner’s struggle with homelessness for almost a year while raising his son. Starring as Gardner is Will Smith while his real-life son Jaden Smith debuted as Gardner’s son, Christopher.

In this story, Chris Gardner is a struggling salesman who invested his entire life savings in a portable bone-density scanner. However, his sales were not able to keep up with the financial demands of his family, thus leaving him homeless with a four-year-old son. Despite the struggles with finances and their living situation, Chris makes sure to spend time with his son and even imparts life lessons to young Christopher.

The Blind Side by John Lee Hancock is also a biographical drama film. It is based on the book The Blind Side: Evolution of a Game by Michael Lewis. It narrates the story of Michael Oher who was adopted by Sean and Leigh Anne Tuohy. With the help of Oher’s adoptive family, he was led to play in the National Football League (NFL). Quinton Aaron stars as Oher, Sandra Bullock as Leigh Anne Tuohy, and Tim McGraw portray Sean Touhy.

In this movie, Leigh Anne and Sean Touhy are a compassionate couple who invited Michael Oher into their home after seeing that Oher has no place to go. They treated him like their own son, with careful consideration of their biological children – Collins and SJ. Throughout the movie, Leigh Anne and Sean were portrayed as supportive, nurturing, and compassionate parents, thus imparting these qualities to their children as well.

Next is a computer-animated film produced by Walt Disney Pictures and Pixar Animation Studios, Inside Out. Starring in the movie are the voices of may Poehler, Phyllis Smith, Richard Kind, Bill Hader, Lewis Black, Mindy Kaling, Kaitlyn Dias, and many more. It is directed by Peter Docter, with the screenplay by Meg LeFauve, Josh Cooley, and Docter himself.

Inside Out personified five emotions (Joy, Fear, Sadness, Anger, and Disgust) of a girl named Riley and how she felt when her family transferred to a new home. Riley’s parents play an active role in the little girl’s life – playing with her, supporting her hobbies, and correcting her when she talked back to them.

Wonder is a drama film directed by Stephen Chbosky, based on the novel of the same title by R.J. Palacio. It stars Julia Roberts and Owen Wilson, along with Jacob Tremblay, Izabela Vidovic, Noah Jupe, Bryce Gheisar, and Daveed Diggs.  It tells the story of Auggie Pullman who was born with a facial deformity. He was homeschooled by his mom until his parents decided to enroll him in a private middle school.

Auggie’s parents Nate and Isabel (Owen Wilson and Julia Roberts, respectively) are caring and encouraging to both of their children, yet still authoritative enough to impose their rules and demand respect.

Next is a comedy-drama movie starring Mark Wahlberg, Rose Byrne, Isabela Merced, Gustavo Quiroz, and Julianna Gamiz. It is directed by Sean Anders, and written by John Morris and Anders himself. It is about a couple, Pete and Ellie Wagner, who considered adoption but ended up being foster parents to three children.

Although they are new to parenting, Pete and Ellie tried their best to be good and actively-involved parents. They also impose rules and discuss them as seen in a scene with the oldest child Lizzie. Soon enough, the couple was able to win the children’s hearts and officially adopted them.

Starring Kevin Hart, Fatherhood is a comedy-drama Netflix film directed by Paul Weitz, based on the memoir titled Two Kisses for Maddy: A Memoir of Loss and Love written by Matthew Logelin. Also starring in the movie are Melody Hurd, Alfre Woodard, Lil Rey Howery, DeWanda Wise, and Paul Reiser.

It tells the story of Matthew Logelin as he struggles in raising his daughter, Maddy when his wife died of pulmonary embolism after giving birth. Despite the challenges as a new parent, Matt did his best to be a good father, even making his boss agree to let him bring Maddy to his workplace sometimes. He also sacrificed a job promotion to stay with his daughter.

Last on the list is also a biographical drama film, King Richard. It is directed by Reinaldo Marcus Green and written by Zach Baylin. It is based on the life of Richard Williams, the father and coach of professional tennis players Venus and Serena Williams. Starring in the movie are Will Smith, Aunjanue Ellis, Saniyya Sidney, Demi Singleton, Tony Goldwyn, and Jon Bernthal.

Richard Williams (portrayed by Will Smith) is the kind of father who has high expectations from his daughters but he helps them meet such. He trained them himself and then find professional coaches to further improve their skills. He was with them in every step, firmly believing in Serena’s and Venus’ potential, until they were able to play professionally.