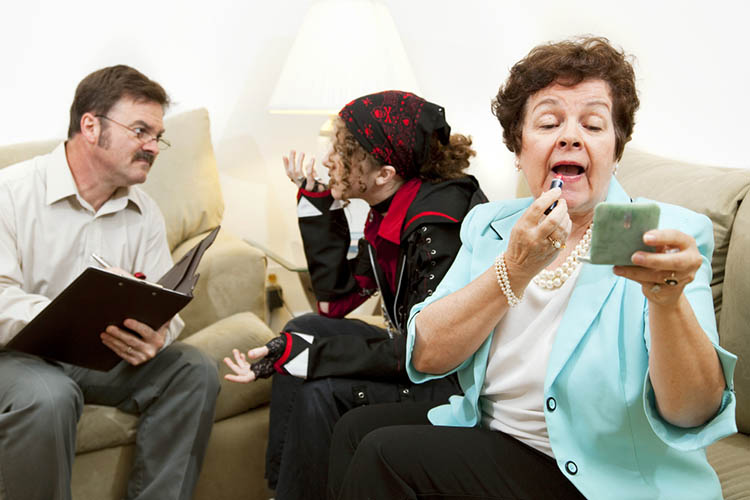 Neglectful or Uninvolved Parenting is a parenting style characterized by low to almost no response to the children’s needs and wants. Neglectful parents tend to provide only the basic necessities such as food, clothing, and shelter. It may be easy to judge neglectful parents but remember that it’s not always intentional. Others may have valid reasons, such as strenuous work, and why they can’t attend to their children.

Children of uninvolved parents are often left to raise themselves and may grow self-reliant as they learn to make big and small decisions on their own. They also receive little to no nurturing, affection, guidance, and discipline. Later in life, they may have low self-esteem and may become emotionally needy.

To better understand this, the following are the movies with neglectful parents.

As we’ve mentioned above, neglectful parenting isn’t always intentional. This movie, Home Alone, is an example of such. In this movie, Peter and Kate McCallister are parents of a large family so on their flight to Paris for their Christmas holiday, they unintentionally left behind their youngest son, Kevin.

Directed by Chris Columbus and produced by John Hughes, Home Alone is a comedy film about a boy who was accidentally left behind when his family went to Paris for Christmas. He then had to defend their home from burglars using creative inventions. It stars Macaulay Culkin, Joe Pesci, Daniel Stern, John Heard, Catherine O’Hara, and Roberts Blossom. It is the first of the six movies in the Home Alone movie franchise.

Directed by Danny DeVito, Matilda is a fantasy-comedy film based on the novel by Roald Dahl. It stars Mara Wilson as Matilda Wormwood, along with Pam Ferris, Rhea Perlman, Embeth Davidtz, and Danny DeVito himself.

In the movie, while Matilda’s father is an authoritarian, her mother Zinnia Wormwood is neglectful. She is vain and doesn’t even care what Matilda does. In one scene, she even forgot how old Matilda is. In this particular clip, after asking Matilda how was school, she no longer listened. Instead, she focused more on the gossip on the phone. She also does not care how his husband punishes Matilda.

Set in the future, Real Steel features robot boxing as a top sport. It follows the story of Max and Charlie Kenton, and how their old, discarded robot rose to the championship. Directed by Shawn Levy, Real Steel is a sports drama movie starring Hugh Jackman and Dakota Goyo, along with Evangeline Lilly, Anthony Mackie, and Kevin Durand.

In this movie, Hugh Jackman portrays Charlie Kenton who is an example of an extremely neglectful father during the first part of the movie. Despite knowing that he has a son, Max, with his ex-girlfriend, he never bothered to care about him. That is until Max’s mom died and Charlie suddenly had to attend to him. Still, Charlie doesn’t want Max under his care so he even sold his custody over Max to Debra and Marvin (Max’s maternal aunt and uncle) so he could acquire a robot boxer.  When Max found Atom (an old robot) in the junkyard, Charlie also left him to dig out the robot on his own. However, their relationship slowly improved as they bonded through robot boxing.

Like Father is a Netflix original drama-comedy film starring Kristen Bell and Kelsey Grammer. It is the directorial debut of Lauren Miller, who also wrote the film. It tells the story of a workaholic woman, Rachel Hamilton(Bell) who was left at the altar, but then [drunkenly] decided to go on their booked Caribbean honeymoon cruise with her estranged father, Harry (Kelsey). During their trip, Harry was able to explain that he was not always neglectful of Rachel. In fact, he quit his job during Rachel’s early years to focus on caring for her. However, his career and ambitions tormented him so he went back to work, which then led to him slowly leaving his family. Since then, he would just be contented knowing about his daughter’s life through Google. On the upside, the two were able to reconnect and re-establish their relationship towards the end of the cruise.

Next is a Netflix sports film directed by Charles and Daniel Kinnane, Home Team. It stars Kevin James, Taylor Lautner, Rob Schneider, Jackie Sandler, Tait Blum, and many more. Its story is inspired by Sean Payton’s story when he was suspended for one year from coaching the New Orleans Saints in the National Football League (NFL) and so he decided to coach his son’s football team.

Sean Payton is the New Orleans Saints head coach who led the team to win the Super Bowl. On the downside, he had to be separated from his wife and son and was only able to return when he was suspended from the NFL. During his confrontation with his son, Connor, the latter admitted and said, “I don’t know you”. Yet Sean did not give up and so continued coaching his son’s team and in his efforts to reconnect with Connor.